The Repair Shop: Customer emotional after bringing in repair

On Wednesday, Andrew Denly and wife Sheila entered the doors of The Repair Shop in the hopes Jay Blades and his team could restore an old toy from his grandfather. Purchased by his grandfather over a century ago, Andrew revealed to Jay and Steve Fletcher he had a toy howitzer cannon that was in need of some TLC. However, after decades of wear and tear and with no instructions to help him, BBC’s Steve was worried he’d fall at the first hurdle with the item.

“So what have we got in the box?” Jay asked as Andrew entered the workshop.

The Repair Shop guest replied: “What we have here is a 1917 vintage toy howitzer cannon. And it belonged to my grandfather. He bought it with his pocket money in 1917.

“He was 11 then, it was through the First World War, so what else would a boy want but something that fires a shell?”

Andrew had also brought along the original box, which also was in far from mint condition: “This is the original box lid and the hole here was caused by my grandfather firing the shells at the box.” 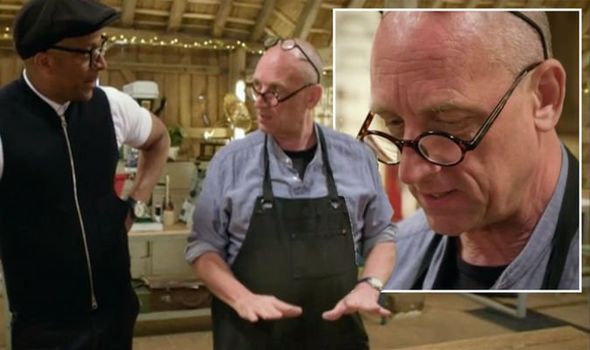 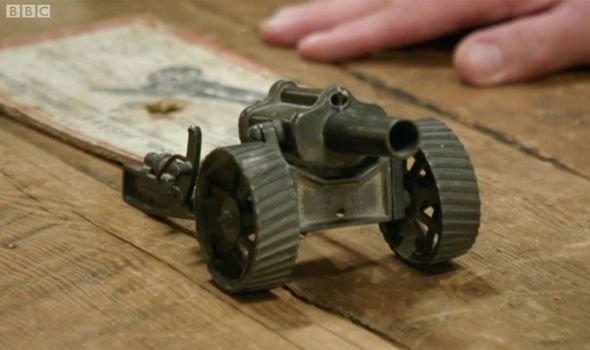 Steve was blown away by the force from the toy’s shells before Jay commented it said on the box they fire 12 feet: “That’s quite far, innit?”

Jay continued: “This seems quite a serious toy! I say serious but borderline dangerous.”

Andrew joked that health and safety hadn’t been invented back then before going onto demonstrate how the toy should operate.

But with no instructions to hand and even with Andrew’s demo, Steve was left none the wiser as to how to approach restoring the toy. 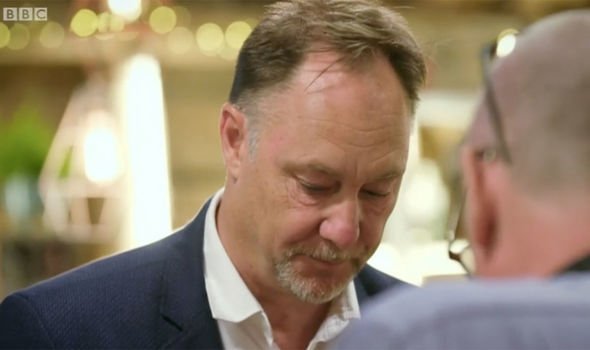 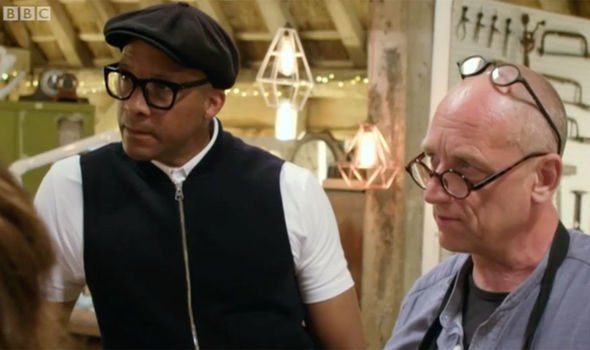 “I’m thinking actually if that shoots that out, if it goes 12 foot, if it hits you from about here – that’s going to hurt,” Steve said to Jay.

The Repair Shop host then turned his attention to restoring the cannon, telling Steve; “So, no instructions, you’ve never done it before, but I know you can do it.”

An anxious Steve seemed hesitant: “I don’t know, I honestly don’t know because there are bits missing, and it’s made of a soft, lead-based alloy so I can’t put any heat on it, because it’ll just melt.

But in true Repair Shop fashion, Steve worked his magic, creating makeshift hinges and manipulating the metal to shape and drill through the toy to full effect.

And despite his earlier worries, he had a perfectly working 1917 toy cannon ready for Andrew to pick up.

“It’s in one piece,” he joked before asking Steve if he could pick it up for a closer look.

Clearly blown away by the restoration of his grandad’s toy, Andrew commented: “That is absolutely superb.

But of course, they couldn’t leave the workshop without seeing if the cannon still fired, which it did with full force.

The Repair Shop continues Wednesday at 8pm on BBC One.