The Origin Story of “Light as a Feather, Stiff as a Board” Isn’t Actually That Scary 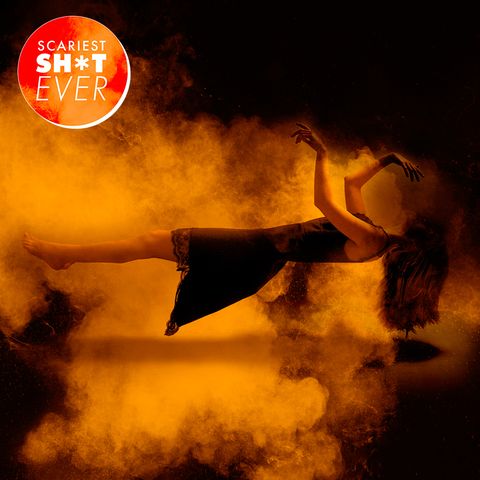 Halloween isn’t just a holiday—it’s our entire October mood. So celebrate the best time of year with a month’s worth of stories that will keep you up all night long. (Binge-watching and eating candy, probably. Same, tbh.) Cheers, witches!

On Oct. 12, Hulu will deliver another entry into the TV horror genre with Light as a Feather, based on Zoe Aarsen’s Wattpad story of the same name. The show centers around a group of teen girls who play the “Light as a Feather, Stiff as a Board” game at a cemetery. Not long after, a curse takes down the group, one by one, as each girl dies according to whatever was read in her prediction.

When was the earliest sighting of this game?

As British naval administrator and Member of Parliament Samuel Pepys wrote in his diary from his days of youth in the 1600s, a friend of his witnessed four little girls playing the levitation game in Bourdeaux. Pepys’ diary includes accounts of the coronation of Charles II, the Great Plague of 1665, and his day-to-day in London.

Where you probably first heard of it:

If you weren’t into slumber parties, maybe you first encountered “Light as a Feather, Stiff as a Board” via the 1996 film The Craft. The cult classic stars Neve Campbell, Robin Tunney, Fairuza Balk, and Rachel True as four teens who get into witchcraft to do innocent things like change their hair color and make scars disappear. Of course, it doesn’t take long for things to get out of hand—and it doesn’t take long for the iconic scene to play out.

One of the girls, Rochelle (Rachel True), is on her back while being surrounded by the other three (who are on their knees, just like Pepys’ diary account) and some candles. There’s no death premonition or ritual: they get right into the chant. After a few repetitions, Rochelle is up and levitated to about the same height as the girls’ heads. The trick is broken when Bonnie’s (Neve Campbell) mom interrupts them.

If you haven’t seen the film, watch the clip (it doesn’t spoil anything) and stream The Craft immediately.

How do you actually do it?

With a small group of friends (four to six people is great), have one of you lay flat in the middle. Once everyone’s got their giggles out of the way, have the person in the middle cross arms while everyone else slides two fingers from each hand under the body. Then start the chanting:

Here are a bunch of kiddos completing the trick in a video shared in 2012:

Why does it work?

Paranormal stuff aside, the success rate of “Light as a Feather, Stiff as a Board” working is made possible by concentration and team work. That’s it! As Nerdist points out, when you have multiple people sharing the weight of one person, suddenly lifting with four fingers each doesn’t seem that bad.

OK but there’s some ~spook~ to it, right?

There have been accounts of unexplained things happening after the levitation trick, like this Reddit story that you might have a nightmare about later, but if you stick to the physics and perform the trick in a brightly lit room and not, say, the cemetery, you should be good to go. Good luck!