The Office US aired for nine seasons between 2005 and 2013 and fans have been re-watching the hilarious mockumentary sitcom on Netflix and Amazon Prime Video ever since the show came to an end. Who was in the cast of the US Office and where are they now?

Who is in the cast of the US Office and where are they now?

Steve Carell starred as Michael Scott in The Office, from 2005 until 2011.

He reprised his role as Michael Scott in 2013 for the show’s final episode.

For his performance as Michael, Carrell won the Golden Globe Award for Best Actor in a Television Series Musical or Comedy.

Following his appearance on The Office, Carrell went onto star in Anchorman: The Legend of Ron Burgundy, Evan Almighty, Crazy, Stupid Love and The 40-year-old Virgin.

He also received critical acclaim for his starring roles in the films Little Miss Sunshine, The Big Short and Battel of the Sexes.

In television, he currently stars as Mitch Kessler in the Apple TV+ drama series The Morning Show and General Mark R. Naird in the Netflix sitcom Space Force. 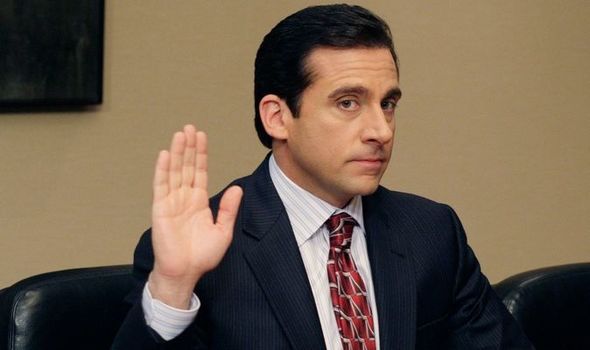 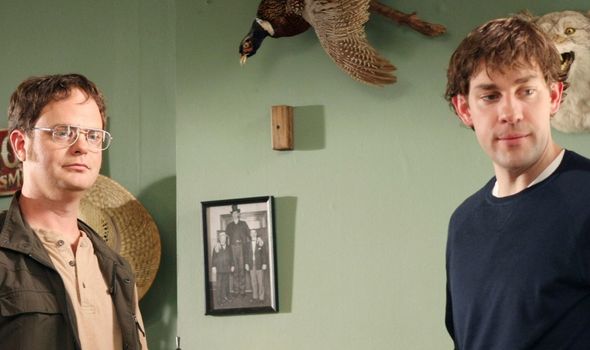 John Krasinski portrayed Jim Halpert in The Office, where he also served as a producer and occasional director.

Since leaving The Office, he has gone onto star as the title character in Amazon Prime’s Jack Ryan.

He also co-wrote, directed and starred in the critically acclaimed horror-thriller film A Quiet Place, alongside his wife Emily Blunt.

He has also appeared in the films License to Wed, Leatherhead and 13 Hours: The Secret Soldiers of Benghazi. 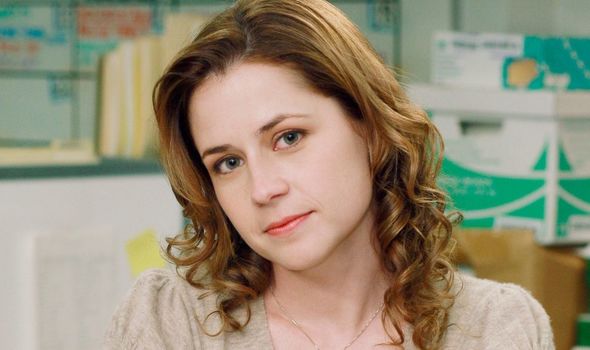 Rainn Wilson portrayed assistant to the regional manager, Dwight Schrute in The Office.

For his role as Dwight Schrute, he earned three consecutive Emmy Award nominations for Outstanding Supporting Actor in a Comedy Series.

Since 2018, Wilson has appeared in the CBS sitcom Mom as Trevor.

Most recently, he starred in Utopia on Amazon Prime as Michael Stearns.

Jenna Fischer starred as Office receptionist in The Office from 2005 until 2013.

Fro her role as Pam, she was nominated for a Primetime Emmy Award for Outstanding Supporting Actress in a Comedy Series.

Since The Office, Fischer published her first book The Actor’s Life: A Survival Guide, with an introduction by Steve Carell.

She has also starred in the films The 15:17 to Paris, Brad’s Status and Kiss Me.

Most recently, Fischer starred as Lena in Splitting Up Together.

She currently hosts The Office Ladies podcast with her office co-star and best friend, Angela Kinsey. 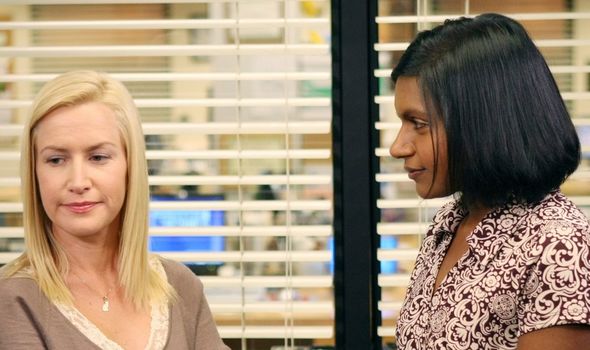 Angela Kinsey starred as accountant Angela Martin in The US Office from 2005 until 2013.

Since then, she has appeared in Never Have I Ever on Netflix as Vivian and Leeza in BlackAF.

Her other credits include New Girl, Your Family or Mine and Haters Back Off.

Ed Helms joined the cast of The Office in season two.

He is best known for playing Stuart Price in The Hangover Trilogy and Officer James Coffee in Coffee and Kareem.

He will star in the upcoming sitcom series Rutherford Falls as Nathan.

Most recently, Baker starred in Fam as Mr Keersy and L.T Banning in The Happytime.

Kaling also served as a writer, executive producer and director on the series.

She then went onto create, produce and star in the Fox comedy series, The Mindy Project.

In 2018, she created the NBC sitcom Champions, Hulu’s Four Weddings and a Funeral and Netflix’s Never Have I Ever.

Brian Baumgartner played accountant Kevin Malone in The Office US from 2005 until 2013.

In June 2007, Baumgartner won a Daytime Emmy Award for Outstanding Broadband Program – Comedy, for his work on The Office: The Accountants webisodes alongside co-stars Angela Kinsey and Oscar Nunez.

Since The Office, Baumgartner has starred ins several films and television series including Life in Pieces, Scream Queens, Chicago Fire and The Bridge.

He also hosts the podcast, An Oral History Of The Office where he interviews his fellow The Office co-stars.

Kate Flannery starred as Meredith Palmer in The Office US.

Last year, Flannery was a contestant on the US series Dancing With the Stars.

Flannery is also well known for voicing the character Carol in
OK K.O.! Let’s Be Heroes.

Her other credits include Summer Camp Island, American Housewife and Young Sheldon.

Phyllis Smith starred as Phyliss Vance in The Office from 2005 until 2013.

She was originally working as a casting associate on The Office when she was offered the role of Phyllis Vance, her first major acting role.

Since then, Smith portrayed Betty Broderick-Allen in The OA and voiced Sadness in the film Inside Out, receiving high critical praise for her performance.

Actor, singer and musician Creed Bratton played a fictionalised version of himself in The Office.

He was formerly a member of the rock band, The Grass Roots and even had a successful solo career.

Since The Office came to an end, Bratton has starred in the films The Sisters Brothers, Band of Robbers and the television series Funny or Die Presents.

He is also well known for Mr Hernandez on Netflix original Mr Iglesias.
His other recent credits include Sergeant Costas in3Below: Tales of Arcadia and Father Doug in People of Earth.

BJ Novak starred as Ryan Howard in The US Office.

He also served as n executive producer and writer in the series from 2005 until 2015.

Since The Office, Novak starred as Robert B. Sherman in Saving Mr Banks and Harry J. Sonneborn in The Founder.

He has starred in episodes of The Mindy Project, The Newsroom, Community, and Crazy Ex-Girlfriend.

Paul Liberstein starred as HR representative Toby Flenderson in The Office US.

He continues to write and produce and most recently worked on Netflix’ Space Force alongside his The Office co-star Steve Carrell.

His other acting credits since The Office include Song of Back and Neck, People of Earth and The Mindy Project.

Also in the main cast of The US Office was:

The Office US is streaming on Amazon Prime Video now