The Most Disturbing 'Criminal Minds' Episodes of All Time

In “North Mammon,” Marcus Younger abducts three friends and soccer players. He takes them to a basement and makes them choose between them which one will die so the other two can then be released. One of the girls uses a hammer to kill another one of the abducted girls, and Marcus proceeds to release the other two as he promised. He is eventually caught and arrested, but not before traumatizing his victims beyond measure.

This list wouldn’t be complete without “Revelations” being included in it. Tobias Hankel (James Van Der Beek) abducts, drugs, and tortures Dr. Spencer Reid (Matthew Gray Gubler) in the episode. His friends are forced to helplessly watch it all go down live on a video feed. Reid actually helps the BAU members find him by giving hints about his location. “Revelations” is a particularly hard episode for fans to watch because Reid is such an important character.

In “About Face,” Max Poole psychologically tortures his victims by posting up “Have you seen me?” posters of their faces before abducting and then killing them. The first victim’s friend’s husband simply thinks it’s a prank, but it’s much worse than that when it’s discovered she is murdered. Poole is eventually found by the BAU team and shot dead when he aims a firearm at Morgan (Shemar Moore). 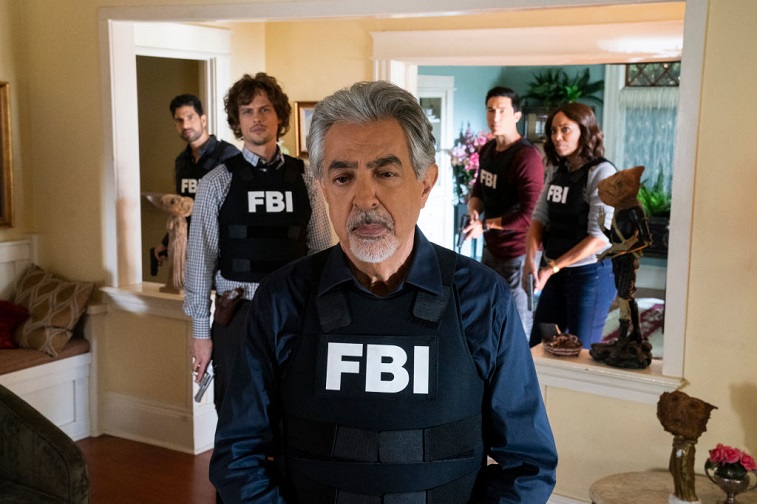 In “Lucky,” Floyd Feylinn Ferell is a psychotic and cannibalistic serial killer. He feeds his victims his other previous victims that he’s already killed. The members of the BAU discover his cannibalistic cookbook complete with homemade recipes. It’s later revealed that he serves stew of a missing victim to searchers who are out looking for her. He’s eventually captured, but not before leaving a terrible feeling in the pit of viewers’ stomachs.

In “To Hell and Back,” which is a two-part episode, the hunt for Lucas Turner goes down. He is a member of a two-person killing team that involves his brother, Mason. Lucas is mentally disabled and manipulated by his brother after he pushed him and he fell and became paralyzed. He would use his victims in medical experiments per his brother’s request. He then dismembered his victims and fed them to the pigs on the farm. The episodes are truly shocking to watch.

In “The Lesson,” Adam Rain wakes up from a coma after being involved in a terrible car accident. He reverts to a childlike state and he starts abducting his victims and changing their appearances before dislocating their joints and then hanging them by ropes in a makeshift marionette device. He also abducts a father and son to have them watch the “play.” Thankfully the BAU team gets there just in time to stop Rain from hurting anyone else.

Although Criminal Minds may be over, fans can still go back and rewatch their favorite episodes to relive all the important, yet disturbing, moments with the BAU.