The Mandalorian introduced some Jedi action in the latest episode of the hit series. While Star Wars Clone Wars fans were excited about Ahsoka Tano’s teased debut and the unveiling of The Child’s real name, the episode also introduced the mysterious Magistrate Morgan Elsbeth.

On The Mandalorian Season 2, Episode 5, Mando and Grogu follow Bo-Katan’s direction to planet Corvus in search of Ahsoka Tano. They encounter the oppressed city of Calodan, where Morgan Elsbeth makes Mando an offer to kill Ahsoka Tano in exchange for a beskar spear.

With the assumption that Mando has accepted the bounty, Elsbeth reveals where he can find Tano. The Mandolorian finds the Jedi and teams up with her after learning more about Grogu’s background.

Morgan Elsbeth and Ahsoka Tano give The Mandolorian fans one of the more epic battles in the series so far.

Here is everything we know about the evil magistrate.

Who is Morgan Elsbeth? Spoilers ahead

While Morgan Elsbeth doesn’t appear to be a fixture in the Star Wars universe, her master Grand Admiral Thrawn is a major villain. Thrawn was the Imperial military commander and appears to have survived the events following Return of the Jedi where legendary Jedi Luke Skywalker and his allies defeat the Galactic Empire.

After Mando reveals that he was offered a spear made of pure beskar steel in exchange for killing Tano, he asks for more information. Ahsoka Tano reveals that “during the clone wars her people were massacred but she survived and let her angel fuel an industry which helped build the Imperial Starfleet,” She adds that Elsbeth has invaded and destroyed worlds.

Morgan Elsbeth is defeated by Ahsoka Tano after an epic duel and the Jedi demands to know the location of Grand Admiral Thrawn as she holds her lightsaber against Elsbeth’s throat. The magistrate appears defiant but it is not revealed whether she gave up her master or whether Tano killed her. 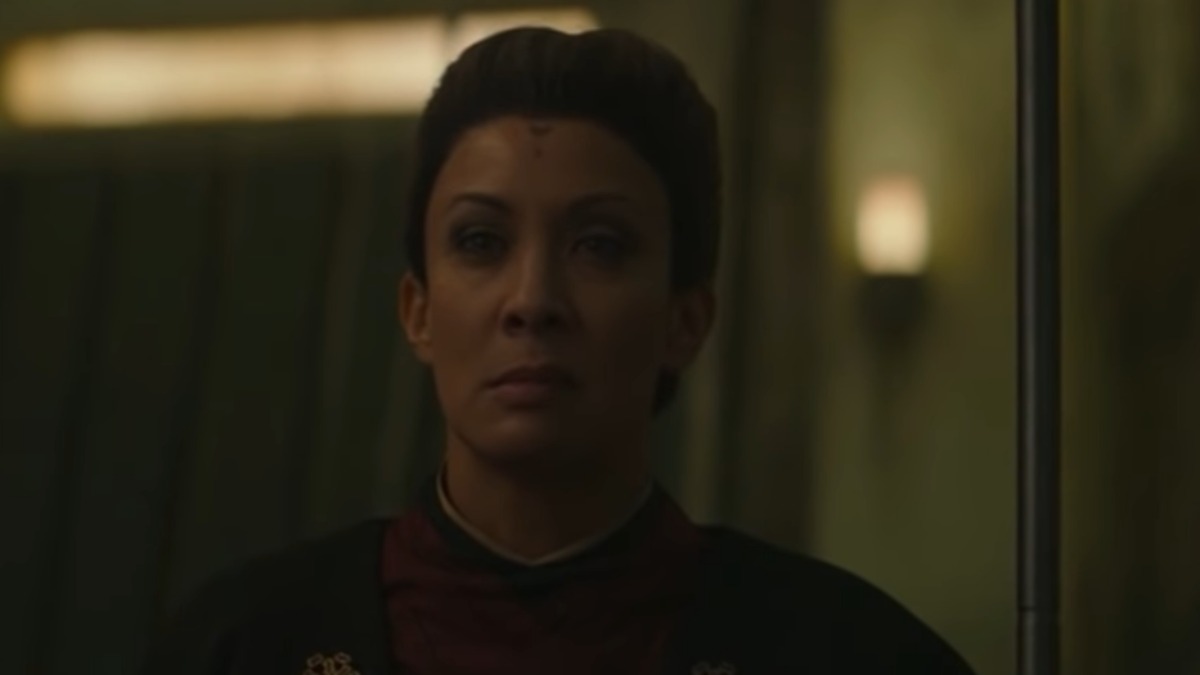 The Empire character is played by Diana Lee Inosanto, who is an actress and martial artist. The 54-year-old studied Bruce Lee’s Jeet Kune Do, among other martial art disciplines. Her father Dan Inosanto was a training partner and student of Bruce Lee.

Along with acting, Diana Lee Inosanto has done stunt work in many films and used her martial arts background in the epic battle with Ahsoka Tano on The Mandalorian.

A new episode of The Mandalorian Season 2 debuts each Friday on Disney Plus.