Season 5 of The Flash continues to run with the momentum that last week’s premiere kick-started, balancing the laughs with some serious drama in the form of new Big Bad, Cicada.

Although it bugged us that Team Flash still haven’t mastered any basic fighting skills without their powers, this was offset by the fun of Nora’s ongoing story. Sure, this isn’t the first time that Barry has trained an eager young speedster, but Jessica Parker Kennedy’s character still runs circles around the likes of Kid Flash.

While Team Flash fought off the likes of Block and Cicada this week, we grappled with mysteries both old and new that could impact the show in weeks to come – join us as we break down all of the Easter eggs from ‘Blocked’. 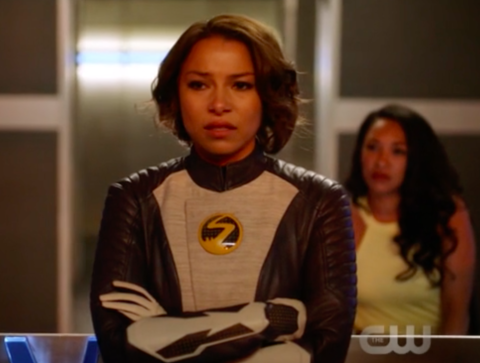 Although we’re only two episodes into season 5, The Flash is avoiding the frustratingly slow build-up fans have become used to by already revealing Cicada’s face before he took on Team Flash. During this fight, the sight of XS makes the new Big Bad stop before he finishes Barry off for good and at the end of the episode, Nora clearly recognised his name.

In the comics, Cicada was also a Flash villain, but there he drained the life force of others to live longer than the average life span. Although his powers are clearly different in the Arrowverse, the original casting call for TV’s Cicada did also describe him as “semi-immortal”, suggesting that he and Nora could be directly linked somehow.

Does this mean that Cicada is a time traveller like XS? Given that he’s almost immortal in the comics, it’s also possible that Cicada is still alive in Nora’s future and the two have already crossed paths before.

After all, the promo for next week’s episode, ‘The Death Of Vibe’, does describe him as “one of the worst serial killers in history”, but whose history are we talking about?

2. The Merchant Of Central City

Before Team Flash got their asses handed to them by Cicada, they took on their not-so standard villain of the week who Captain Singh described as a (Brave and the) “bold” thief. With the kind of Shakespearean undertones one might never expect to see on The Flash, Block quite literally got her pound of flesh by crushing a man into a tiny cube.

While there appears to be no direct comic-book counterpart for Vanessa Jansen (Erin Cummings), there was a Flash villain called The Human Block who was hit by lightning and received powers from The Speed Force, just like Barry. 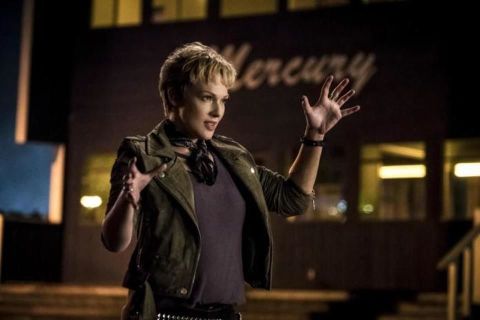 Instead of becoming a speedster, this version of Block gained the power to slow down her atoms, developing superhuman strength and durability. Eventually, Professor Zoom recruited her to fight The Flash, but it doesn’t look like anyone will be recruiting TV’s Block to fight Barry again anytime soon. 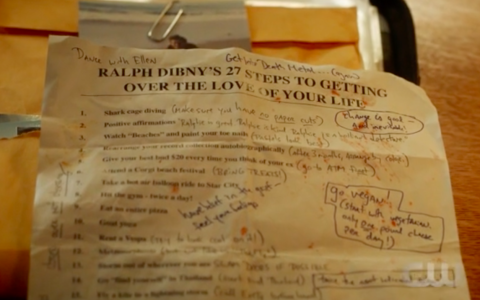 Gypsy was all kinds of awesome, so it’s easy to see why Cisco is still hung up on losing her, but luckily for him, part-time superhero/private detective/counsellor Ralph Dibny is on hand to fix his broken heart.

Titled ’27 Steps To Getting Over The Love Of Your Life’, his hilarious and strangely touching guide to recuperation featured a number of gems, including “Goat Yoga” and references to movies like Beaches, The Help and even The Lion King.

Arrow fans might have also noticed that Step 7 encourages the broken hearted to take a hot air balloon ride to Star City, the home of Oliver Queen. It’s comforting to know that Vibe and The Flash could still find a scenic way to visit the Green Arrow if they ever end up losing their powers for good. 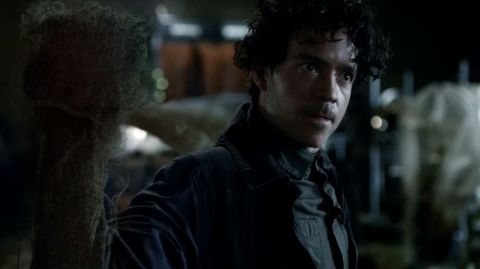 While impetuous Nora continues to show off in ways that should be annoying yet are actually rather endearing, she casually celebrated that time Barry threw lightning at “Sand Demon”. Out of context, this might sound rather odd, but the truth is that this did actually happen in the episode ‘Flash of Two Worlds’ from the show’s sophomore season.

Although he wasn’t actually a demon, Eddie Slick took on this moniker after discovering that he could transform into sand, a power which Zoom tried to use against Barry. (The Flash has dealt with a lot of wibbly-wobbly, timey-wimey stuff over the years, but so far, no actual demons have appeared yet on the show.) 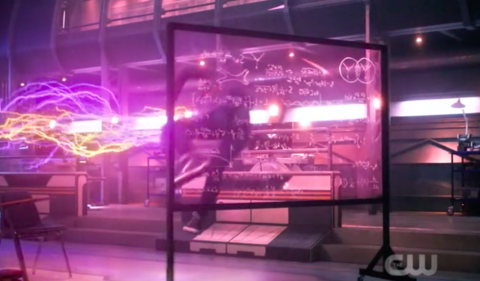 To teach Nora a lesson about restraint, Barry shows his future daughter a number of clips from season 1 where he fails during training, falling off a treadmill and just generally embarrassing himself throughout. Why does he put himself through this though?

Well, before that, XS lived up to her name in the worst way possible by showing off her speed while accidentally hitting The Flash with lightning in the process. It’s okay, though. With another flashback to the early days, Barry reminds his daughter that he’s been hit by lightning before, referring of course to his origin story that we first saw take place on Arrow. 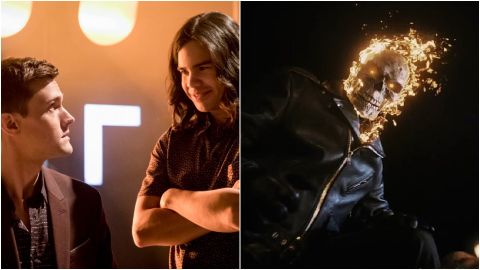 Marvel might be DC’s distinguished competition, but that hasn’t stopped The Flash writers from throwing in a few cheeky references to them in the past.

This week, DC’s rivals are mentioned twice courtesy of Ralph Dibny and Cisco Ramon. First of all, the Elongated Man uses the nickname “Ghost Rider” for Cisco, an anti-hero who we last saw on our screens in Agents of SHIELD.

The second reference came soon after when Vibe compared Cicada’s dagger to Thor’s hammer, Mjolnir, somehow pronouncing it correctly too.

Does this mean that Team Flash enjoy watching Marvel movies at their local cinema? Wonder how they felt watching Quicksilver’s death in Avengers: Age Of Ultron… 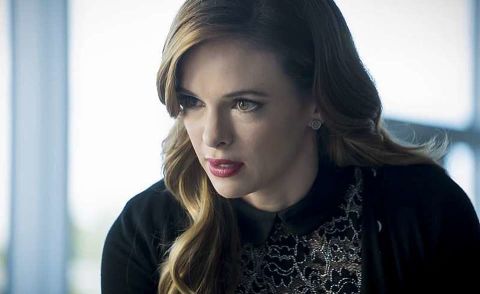 The mystery surrounding Caitlin’s father and his forged death certificate continued to trouble audiences and Team Flash alike this week… unless of course you read last week’s easter egg summary.

If so, then you might remember that the death certificate was faked by a doctor called Cameron Mahkent, who shares the same name as a super villain from the comics who also possesses icy powers like Killer Frost. Because of this, we surmised that Mahkent may actually be Caitlin’s father, faking his own death for reasons currently unknown.

While we’re yet to hear full confirmation of this theory, Snow experienced a vibe of her own this week that directly linked her mother to the death certificate, which certainly lends more credence to this idea.

The CW airs The Flash in the US every Tuesday at 8pm ET. Sky One and NOW TV air the show in the UK.