The CW's Best Show Ever Tournament: Arrow vs. The 100, Hart of Dixie vs. Gossip Girl in Sweet 16 Round

The next four CW shows facing off in our bracket tournament are all elite in their own way — but only two will be members of the Elite Eight when all is said and done.

In honor of the network’s 15-year anniversary on Sept. 18, TVLine’s endeavor to crown The CW’s Best Show Ever continues with the penultimate Sweet 16 battles. Next up: Arrow faces off against The 100, while Hart of Dixie is matched up against Gossip Girl.

In the tournament’s opening round, Arrow easily defeated one-season wonder Ringer, and The 100 left Crazy Ex-Girlfriend fans heartbroken. Football drama All American failed to reach the end zone, falling to Hart of Dixie, while even the Secret Circle witches couldn’t work their magic on teen drama powerhouse Gossip Girl.

What does our bracket look like so far? Scroll down to see the current standings; click to enlarge. 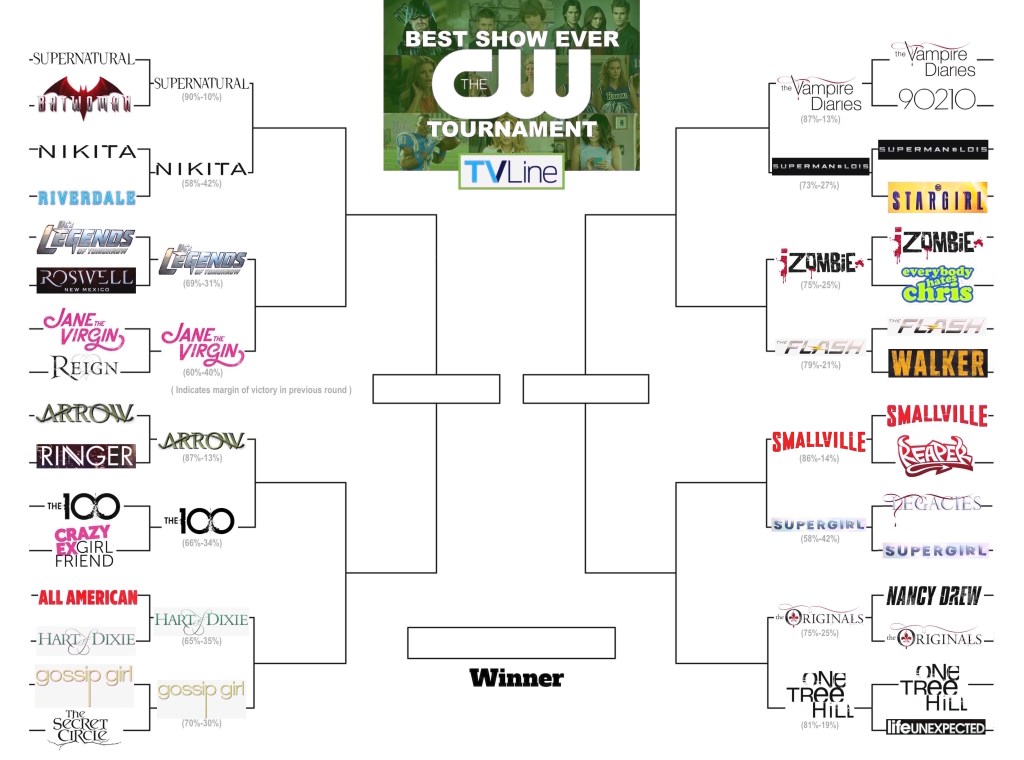 Which of the above shows win this round for you? Cast your votes in our polls below (results are hidden; polls close after 24 hours) to determine who advances to the Elite Eight, then hit the comments to back up your choices!

VOTE FOR HART OF DIXIE VS. GOSSIP GIRL