THE Chase fans were furious as ITV hub crashed and they couldn't watch the show online.

The show's most loyal fans took to Twitter to complain they couldn't watch their favourite show. 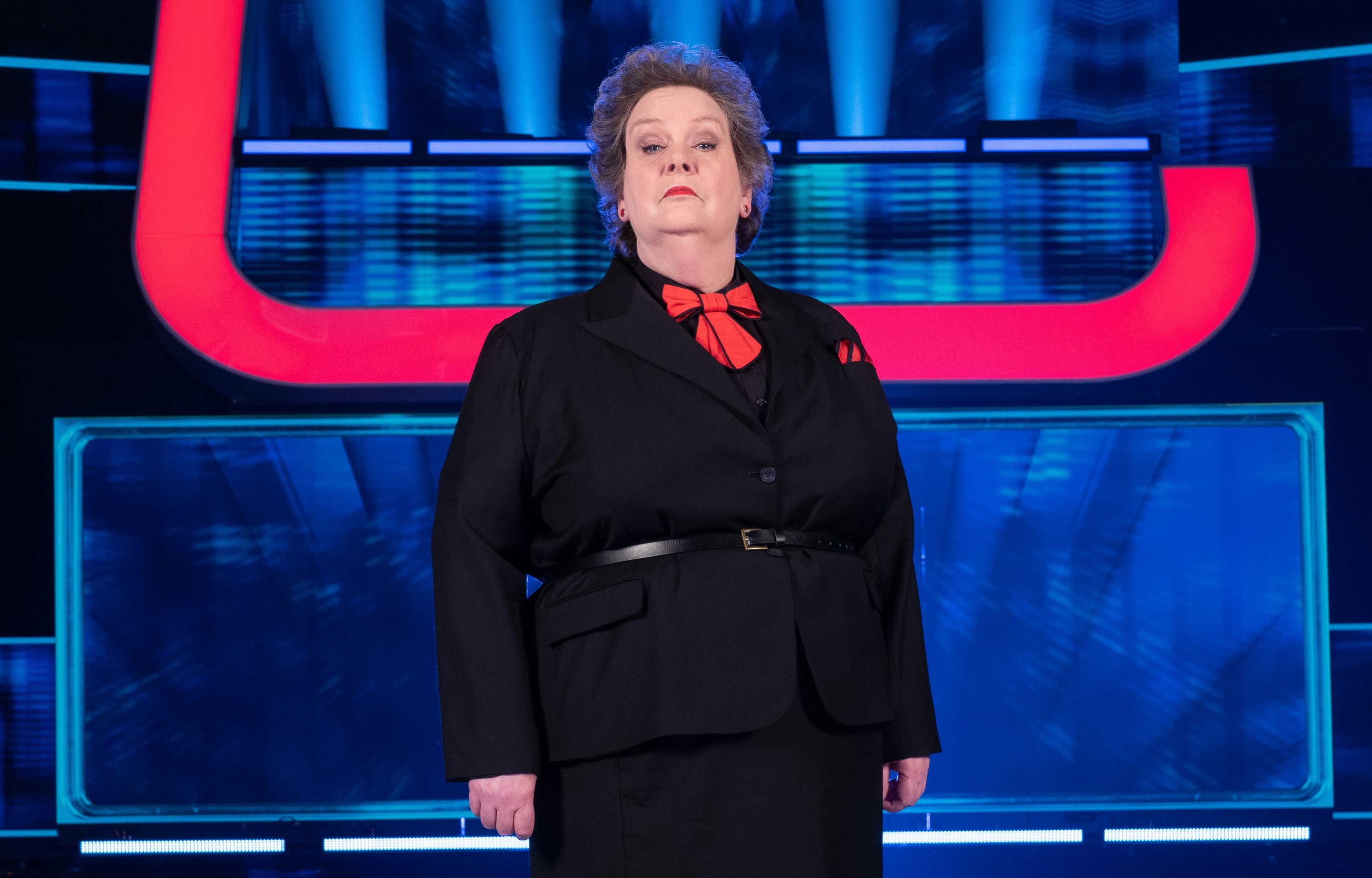 Fans were confused as to why ITV Hub wasn't showing The Chase and complained to them about it.

One fan wrote: "@ITVHub Why is The Chase not available on ITV Hub today, it usually is, this is first time this happens today. I have no aerial I have to watch through the Hub."

Another said:"Why is the chase not available to watch on the itv hub anymore?"

A third wrote: "I just want The Chase." 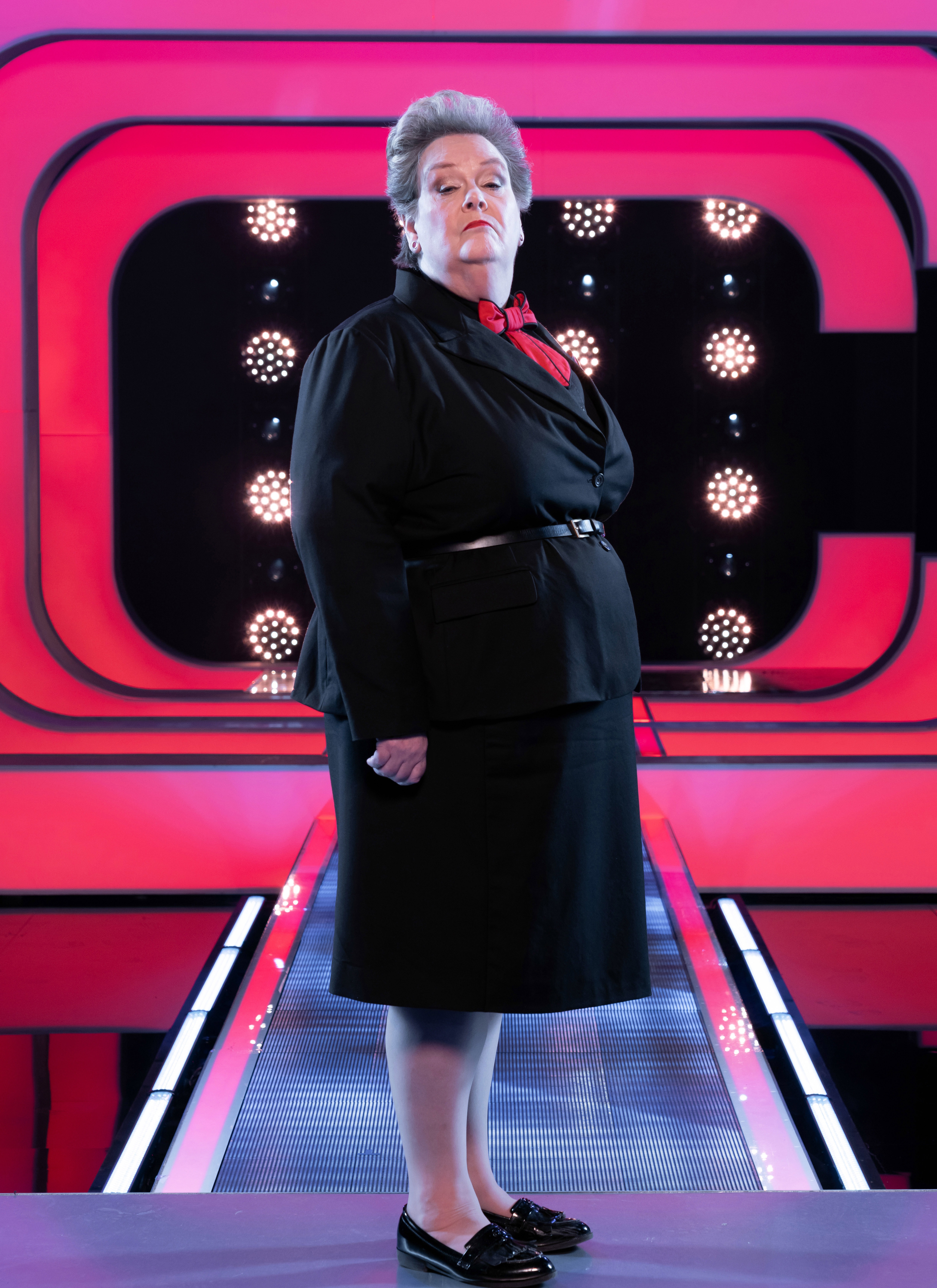 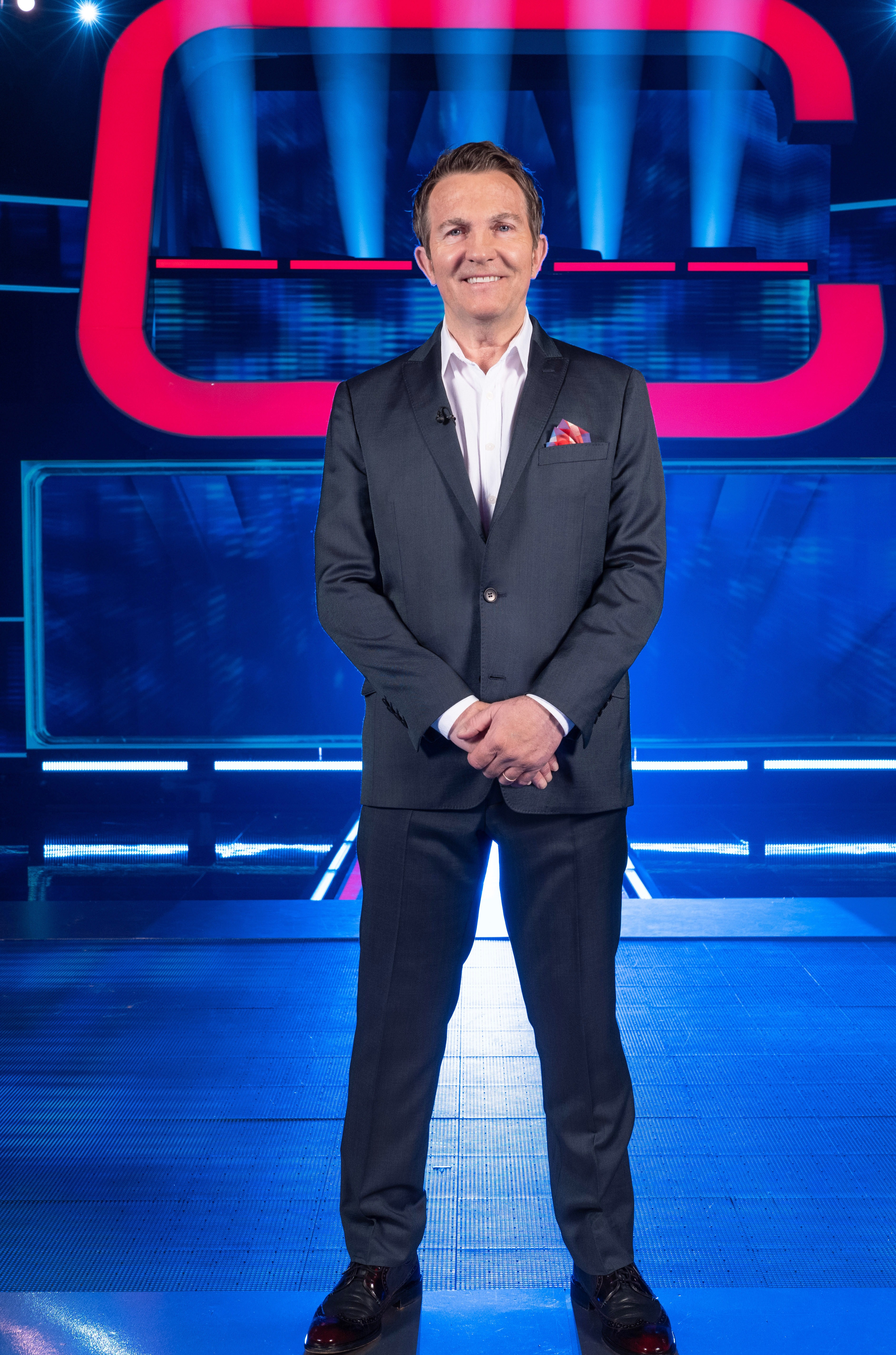 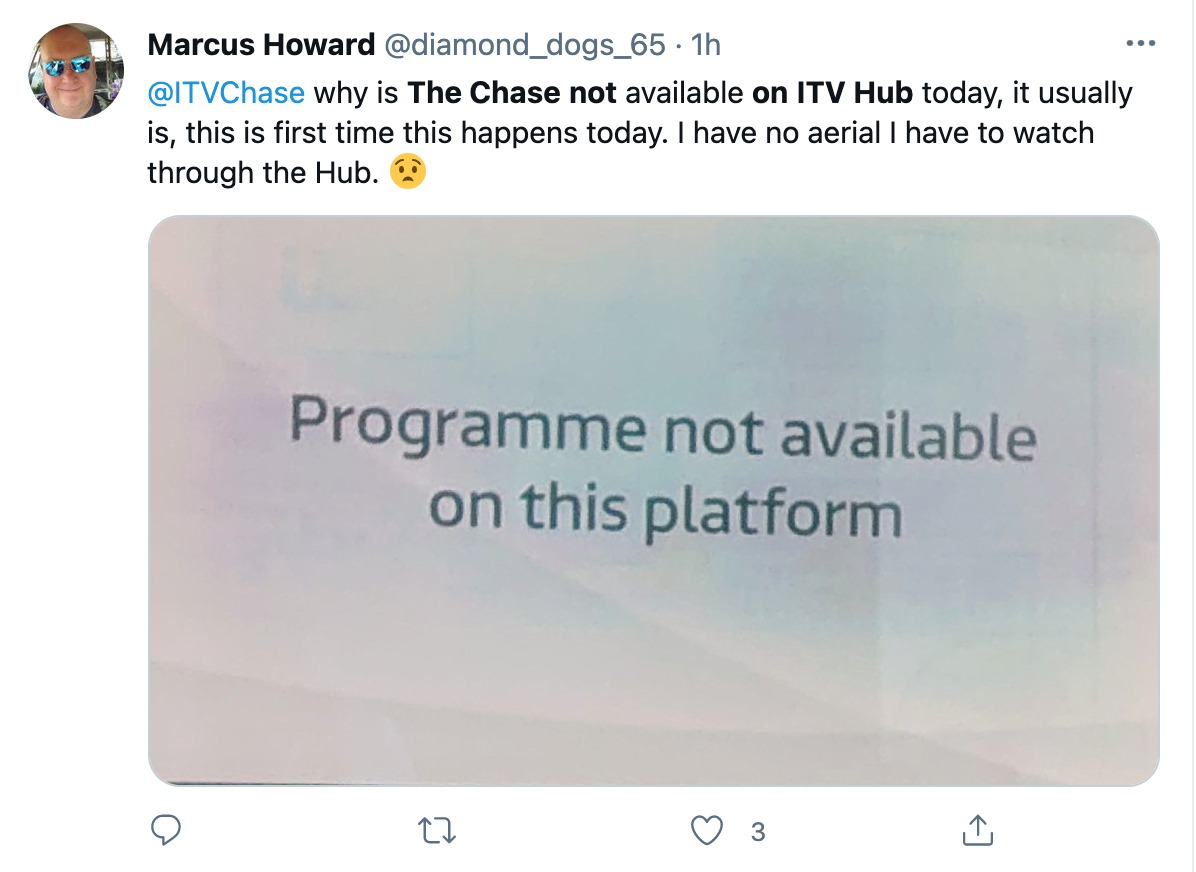 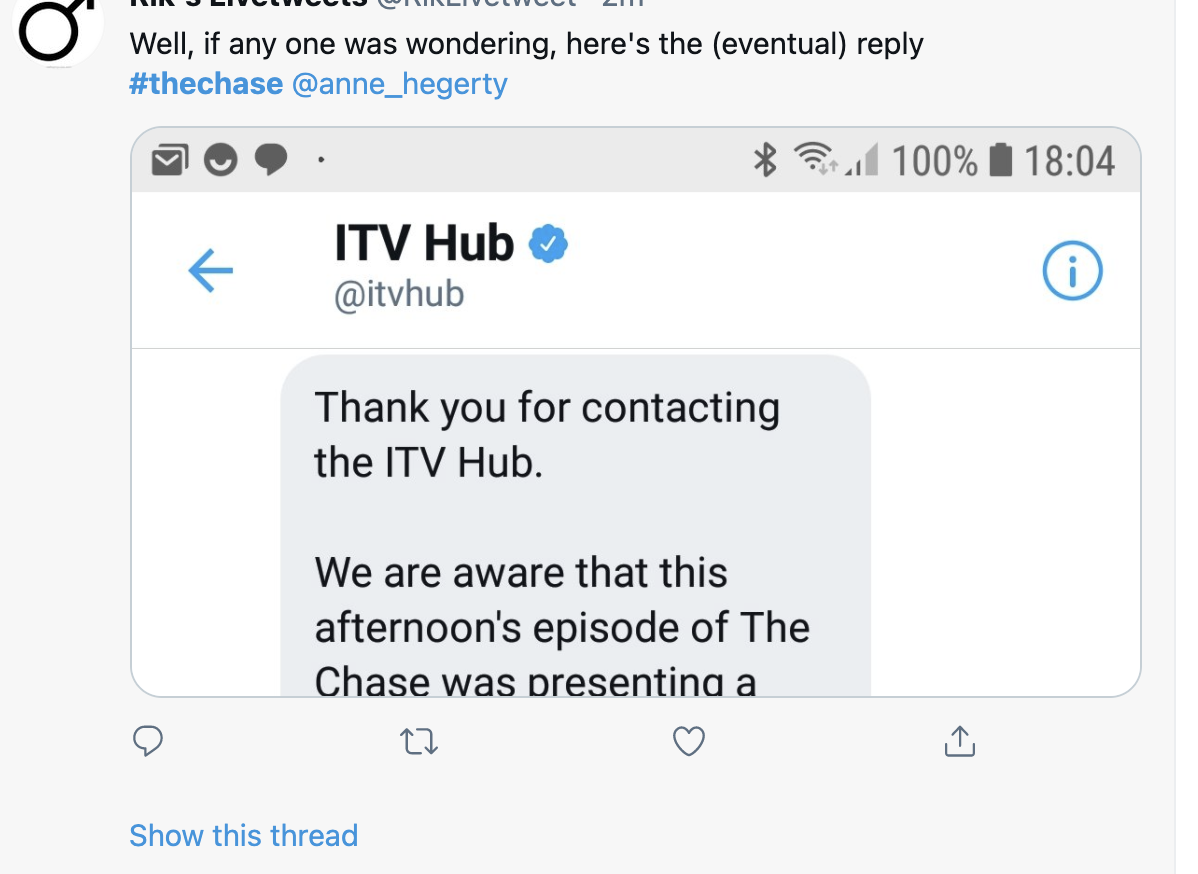 They missed a gripping episode where where thethree contestants, who were up against Anne Hegerty, lost out on 35k with just 30 seconds to go of the final chase.

Anne, aka The Governess, outdid herself when she answered 16 questions in just a minute and a half.

Contestants Mark, Rosemary and David were "gutted" to have lost after getting so far.

Host Bradley Walsh praised Anne for being on "top of her game." 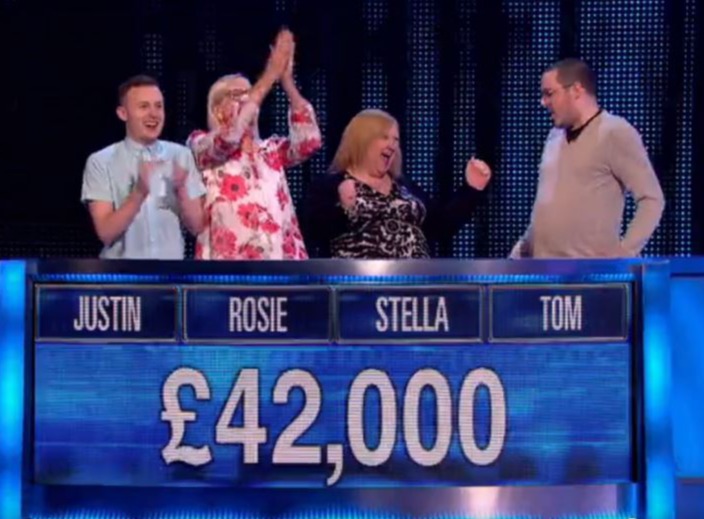 Just days ago The Chase contestants bagged a whopping £42,000 jackpot after Shaun Wallace "threw the final" with major blunder.

Bradley Walsh, 60, joked that it was a "poor day at the office" for the quiz master as he made a simple slip-up.

During a repeat episode, Tom, Stella, Rosie and Justin triumphed in an epic showdown with after Shaun AKA the Dark Destroyer.

However, ITV viewers were left baffled after the quizzer passed on the primary-school-aged question. 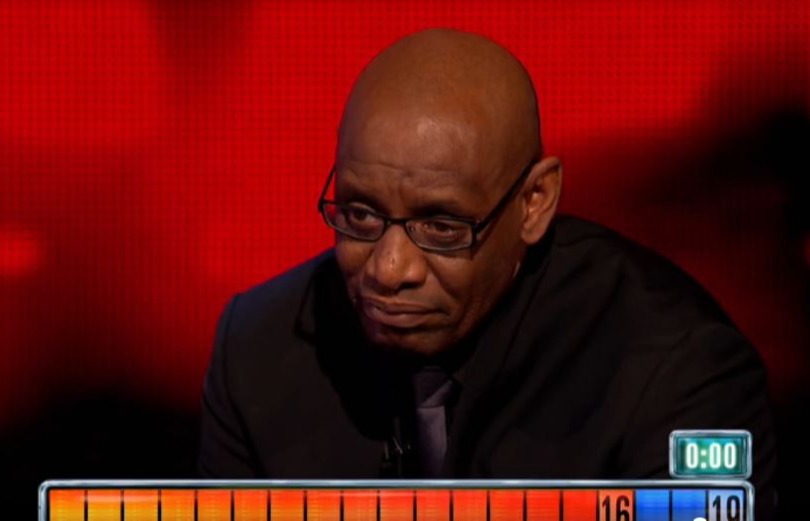 Tom immediately impressed the genius quizmaster beating him in the first round to bring back £30,000 for the team.

The rest of the contestants managed to secure £4,000 each to add to the pot.

Heading into the final round, it was a close game to secure the huge £42,000 total – with them getting 19 questions right.

The obvious answer was oink, but Shaun passed.

Viewers were perplexed that the Chaser stumbled over the obvious answer.