The Chase: Fans fume after contestant with several degrees takes minus offer

Wendy, 64 went up against The Chase’s Jenny Ryan but when it came to taking the higher offer of £54,000 and the lower offer of minus £2,000, Wendy, who said she collects degrees, ignored her fellow contestants advice and went for the latter which left fans fuming on Twitter.

Jenny said Wendy was a “good player”, before she dropped the higher offer of £54,000.

Host Bradley Walsh then got the fellow contestants to offer their advice to Wendy who all agreed that she should go for the higher offer as they thought she was “clever enough” to play for that.

However, when the presenter asked her: “What would your husband say to minus two, five and 54?” She responded: “He’d say go minus two.”

“Would he really?” Bradley quizzed her. “Yeh he would,” she responded reassuringly. 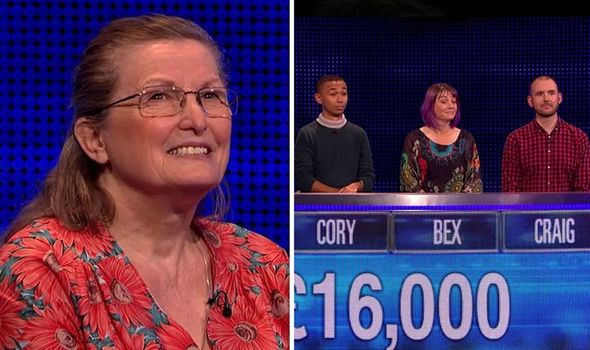 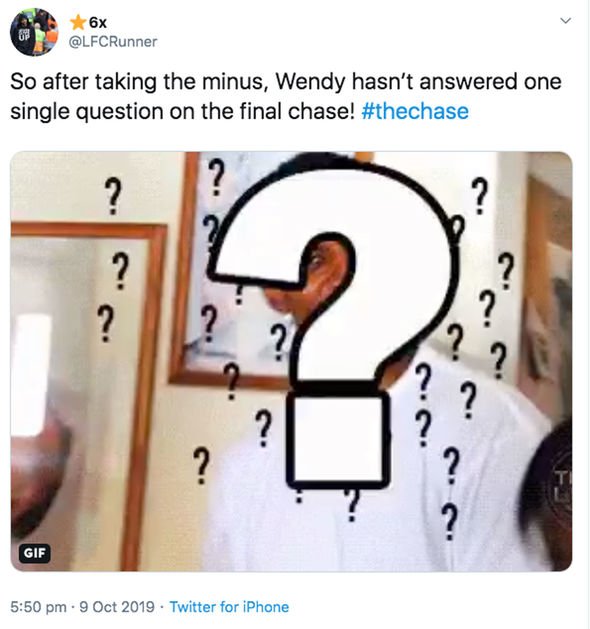 Contestants Cory, Bex and Craig were left stunned after she took the lower offer despite their advice.

This disappointed fans too as they took to Twitter to express their frustration. One fan wrote: “#TheChase Come on the show, boast about all your degrees, go for the low offer!”

Another added: “NOOOOO! -£2K #TheChase I have NEVER been so disappointed in a person in all my days!!”

“Women’s got seven post grad degrees and takes the minus offer,” a third fumed. 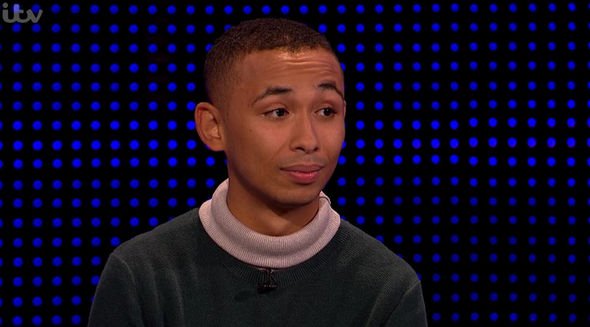 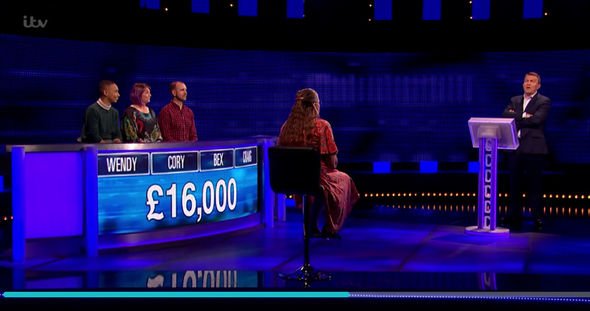 And another commented: “So after taking the minus, Wendy hasn’t answered one single question on the final chase!”

This comes after the 64 year-old said she likes to do degrees for a hobby which stunned Bradley as well as the rest of the contestants.

“I’ve got a first degree and I got seven post-grads and the last one I did was a Masters in law,” she explained.

Before going up against The Vixen, Bradley praised Wendy for her knowledge and confidence.

He remarked: “Not only do you have life experience. you have bags and bags of knowledge. You know stuff.”

However, when Wendy went for the lower offer, the rest of the contestants were shocked as she ignored their advice.

But Jenny praised Wendy’s decision and said: “That could be wisdom at play. You’ve seen the show played enough times and you just did all the sums and it does make sense.”

“Ok. Right you know how to play the game”, Bradley said of her style.

It also seemed that Bradley learned something new from Wendy today as her first question was about what the purpose of ‘defragging’ on a computer was.

Noting whether that’s why his computer was clogged, Jenny added: “If you don’t know how to defrag then yeh.”

“Why don’t people tell you this stuff,” Bradley added with frustration while the audience broke into laughter.

The Chase returns tomorrow at 5pm on ITV.