The Chase: Bradley Walsh speaks out on huge ‘disappointment’ of ITV show

ITV quiz show The Chase was back for its first instalment of the week, with another set of contestants hoping to win some money against Paul ‘The Sinnerman’ Sinha. Only two players – Gary and Tara – made it through to the Final Chase tonight and struggled to stay ahead of The Chaser, who was on top form. But with some of the options contestants were able to choose from the questions being quite rogue, Bradley had earlier commented on the options on a question in Gary’s round, which saw him remark: “I’ve never been so disappointed with a third option on this show.”

How is Boris Johnson handling the coronavirus crisis? Vote in our poll

Player Gary was the second player up in the hottest against Paul tonight and during his round, Bradley couldn’t help but comment on the options he’d been given during one question.

The host asked: “Considered a mark of status, Ohaguro was the Japanese practise of applying black paint to which parts of the body?

Bradley went on to read out the three options, which were A, teeth, B, fingers or C, ears.

But unimpressed by the answers, Bradley joked: “Oh, that’s a letdown, I’ve never been so disappointed with a third option in my life, on this show!” 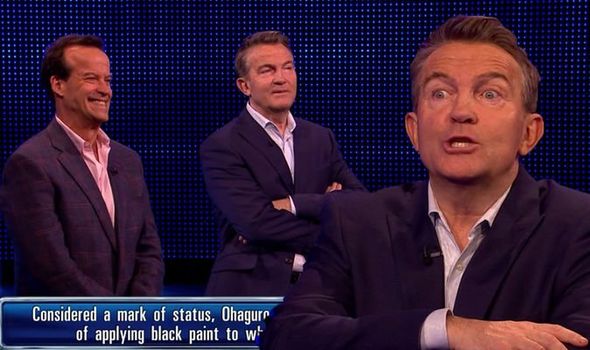 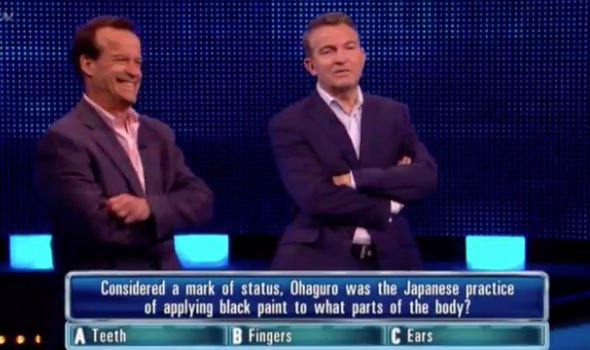 Gary went for teeth, which turned out to be the correct answer and he eventually made it through to the Final Chase.

It wasn’t the only thing from the player which caught the attention of the show host this evening.

When introducing Gary, he questioned his accent and said how much he loved it – with the player revealing he was Canadian.

And viewers were left distracted by the player too, with one writing on Twitter: “Gary is so enthusiastic. I want some of what he’s on #TheChase.” 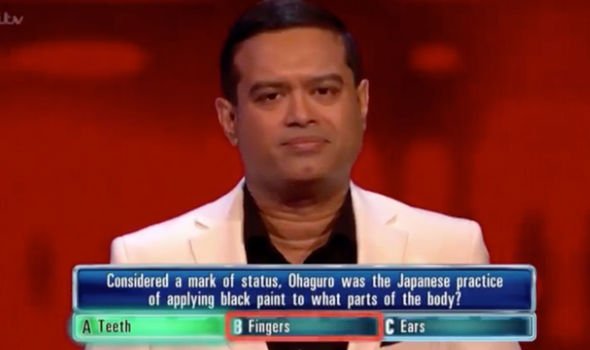 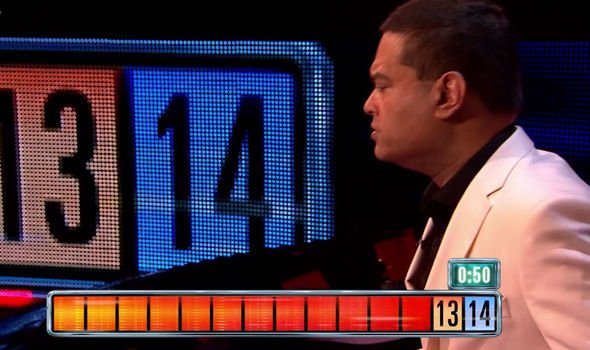 “I will cry if Gary doesn’t get through what an absolute bundle of positivity he is cute #thechase,” said another.

“I thought us Scots spoke fast but f*****g hell, slow down a little, Gary #TheChase,” shared a third.

After Gary, player Tara was up third and she surprised The Chaser by getting seven questions correct in her cash-builder.

Lastly, it was Rachel’s turn to try and strengthen the numbers on the Final Chase – but she failed to make it through.

“We’ve got 2 very good players in the finals, I make myself the favourite by only slightly… I think we underestimated Tara,” Paul admitted.

Before heading to an ad-break, Bradley asked: “Can they [the team] outrun the chaser one more time?” to which Paul replied; “Possibly, yeah!”

However, the pair only ended up being 14 steps ahead of The Chaser, after a host of tricky questions.

And The Sinnerman was on fire this evening, catching the duo with 50 seconds left on the clock.

Despite their loss, Tara and Gary’s spirits weren’t dampened too much, with the former commenting: “Wow that was amazing! That was fantastic, I just liked watching it.”

Bradley praised the team’s enthusiasm, adding: “The most cheerful team we’ve had on the show for a long time, it’s been brilliant playing alongside you.”