As the action-packed second season of Amazon’s The Boys comes to an end, there’s a lot at stake for Billy Butcher (Karl Urban) and his vigilante team.  And as fans are gearing up for the highly-anticipated season finale, showrunner Eric Kripke says they should be “rightfully worried “ about Butcher’s sense of humanity. 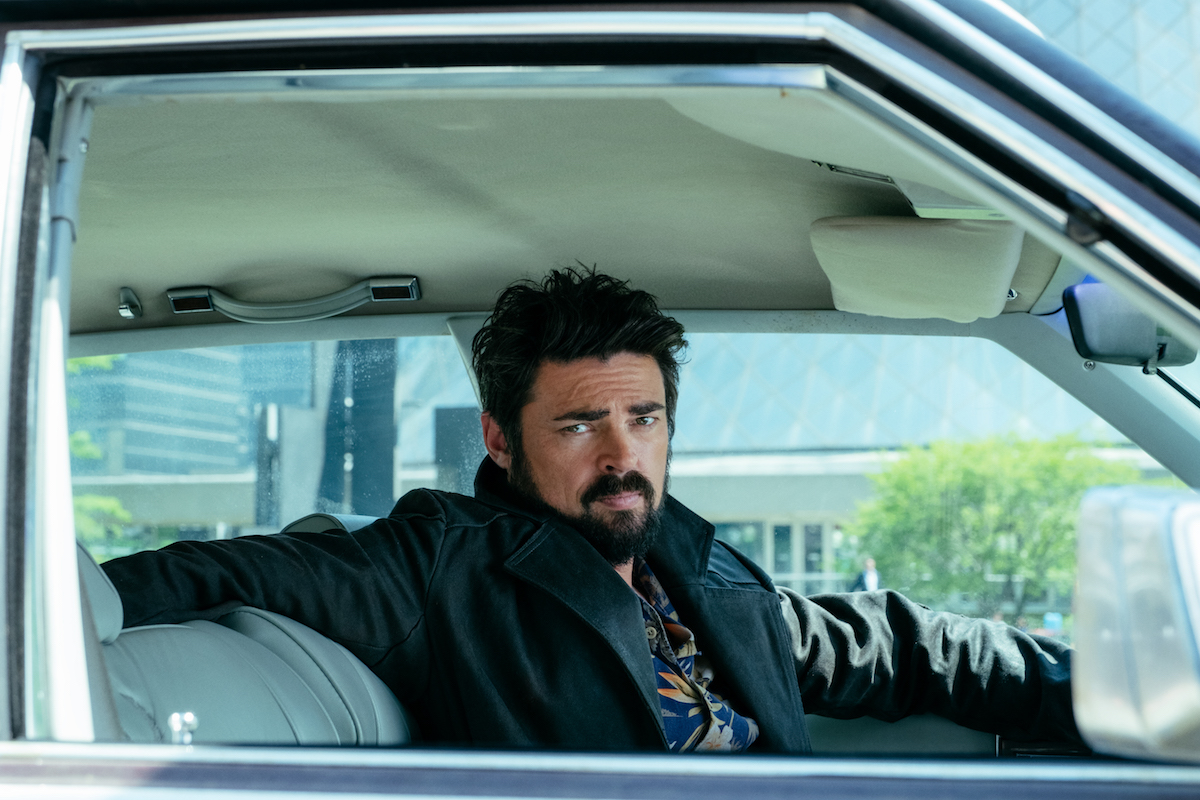 What happened to Butcher in the penultimate episode of season 2?

The Boys, season 2, episode 7, titled “Butcher, Baker, Candlestick Maker,” provides a little more insight into Butcher’s troubled past. When his parents roll into town, his mother (Lesley Nicol) tricks Butcher into meeting his dad by telling him he died.

Butcher arrives at his mother’s hotel room and finds his cancer-ridden father, Sam (John Noble) alive and well. At first, Sam tries to convince Butcher and himself that he came to New York to make peace before he’s gone for good. But as the two begin arguing, it’s clear neither of them has any love lost for each other.

When Butcher points out that Sam was a neglectful dad who treated him harshly as a kid, the dying man takes pride in the fact that his son is now as tough as he once was. During their argument, the two mention Butcher’s younger brother Lenny and reveal that he died by suicide.

By the end of the episode, it feels like Butcher realizes that he’s a lot like his father. He only cares about what he wants, and he’ll hurt whoever it takes to get it. But rather than reflect, it seems like Butcher is gearing up to wear his anger issues on his sleeve.

In an interview with IANS, Karl Urban, the actor who plays Billy Butcher in The Boys, talked about his character’s evolution on the show. And he also hinted that Butcher would face his own demons by the end of the season.

“He is one of those characters who lives life on the edge,” said Urban. “He does things that many of us wish we could do, he is cheeky and very dangerous.”

“Ultimately, he is seeking justice,” he added. “The lesson for Butcher is that he must pursue justice, not revenge. Because revenge is a very dangerous obsession and that’s one instinct that Butcher must learn to conquer.”

When talking to TV Line, The Boys showrunner Eric Kripke teased an epic season 2 finale. “I think Episode 8 is gonna be a real sh-t fight,” he said. “For what it’s worth, I think Episode 8 is my all-time favorite episode of the whole show, both seasons.”

Kripke noted that the finale would primarily put Butcher in a “dangerous place.” And he hinted it would have a lot to do with Butcher’s encounter with his father.

“Because he has this devil on his shoulder, who is his father, and he’s just learned at the end of this episode that there’s no value in doing things the right way by going through the right legal means,” Kripke added. “The only way to get things done apparently is to be the worst possible person like his father, and he’s heading into Episode 8 with that attitude. We should very rightfully worry about Butcher’s humanity and what that means for the rest of the team.”

The season 2 finale of The Boys will hit Amazon Prime Video on Friday, Oct. 9.