Last night’s (October 17) trip to the Apprentice boardroom proved controversial for many viewers – even with those chilli sauce doughnuts taken out of the equation.

After losing a task all about making and selling doughnuts, three members of Team Collaborative were forced to fight their corner in the boardroom over responsibility for the task’s failure.

Criticised for not ‘staying level-headed’ and “leaving emotion out of” the task at hand by his project manager, Frank Brooks was fired by Lord Sugar, who agreed that the entrepreneur was “a bit emotional” before letting him go.

Viewers were understandably frustrated by both Frank’s fellow candidates and Lord Sugar for their use of the word “emotional”, arguing the mindset that men are at a disadvantage for expressing their feelings is toxic and outdated. 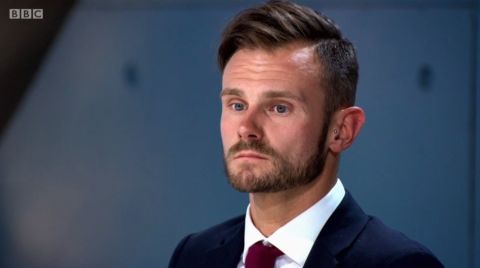 “The way these men are describing Frank as ’emotional’ is bothering me. Why is it that the rest of them who are shouting and pointing and whining are not being called the same?” one viewer commented.

Another wrote: “Have they ever fired a woman solely for being ‘too emotional’? At a time where men are being encouraged to show their emotions, bit backwards to suggest the entire failure of the task was because Frank got flustered.”

Others argued that being “emotional” was a positive trait in business: “Being able to express emotion in the workplace can be a powerful asset,” another fan wrote.

And it’s not just viewers of The Apprentice that are disappointed, as Frank also told Digital Spy that he thought the word “emotional” was “a little loaded”.

“That word, like doughnuts, gets my back up. Emotional seems a little loaded to me. I feel like it has some negative connotations – that you’re weak and not all-together, so maybe that’s what he thought his justification was,” he said. 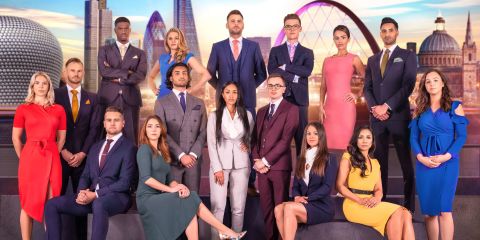 The Apprentice continues Wednesday (October 24) at 9pm on BBC One.