The 10 most tragic deaths in NCIS history

NCIS is about to start its 18th season and has thrilled fans with exciting stories and beloved characters every step of the way.

However, as NCIS Season 18 is ready to start, fans know that no one is safe, and anyone could die on this show at any time.

From the second season on, NCIS viewers know they can’t miss an episode as even the top-line stars and major characters face death regularly — with some of the deaths more heartbreaking than others.

From NCIS Agents to loved ones to even the top government officials, no one is safe from the bullet of a terrorist or a traitor to the country.

Here is a look at the 10 most tragic deaths in NCIS history. 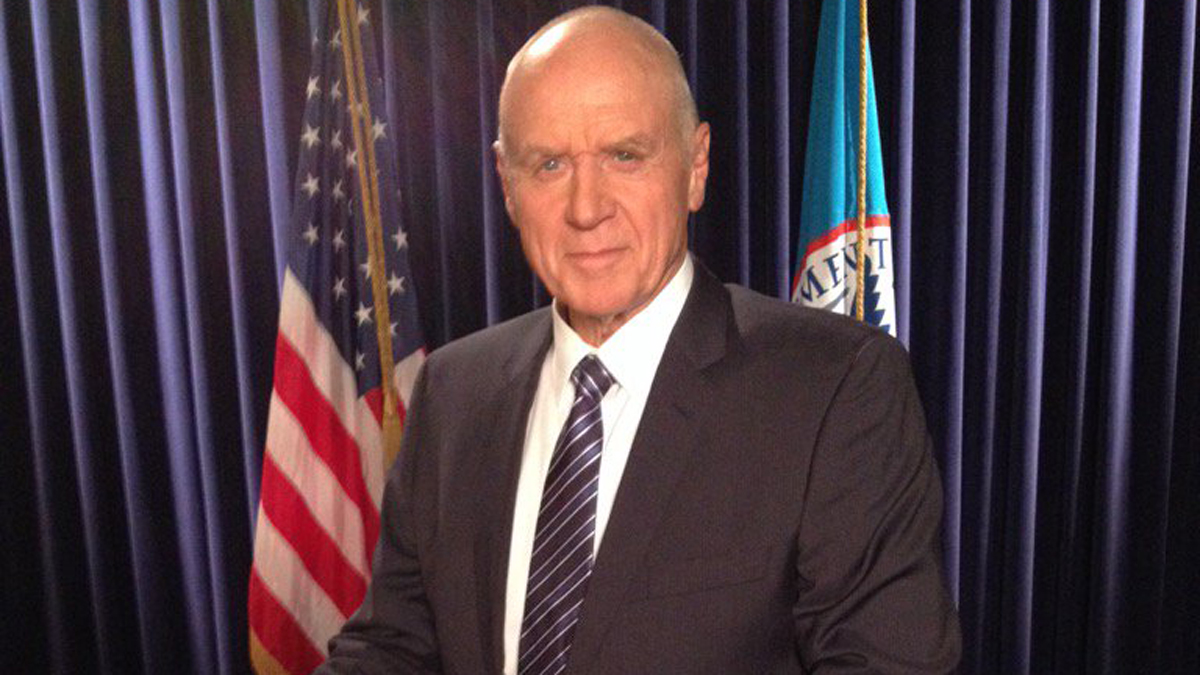 Tom Morrow was the NCIS Director before Jenny Shepard and served from Season 1 until the start of Season 3. After that, he moved on to the role of deputy director at Homeland Security.

Despite leaving the NCIS team, he still worked with them on occasion and was a good friend of Gibbs, Fornell, and Vance. This made his death especially tough on Gibbs.

Gibbs went to visit Morrow at his house and was greeted by his wife. She had no idea what Gibbs was about to find when he went into Morrow’s home office and found him dead by an assassin’s bullet.

His death came because he was helping Gibbs track down an MI6 agent who escaped from prison. He died when shot by a traitor in Trent Kort. 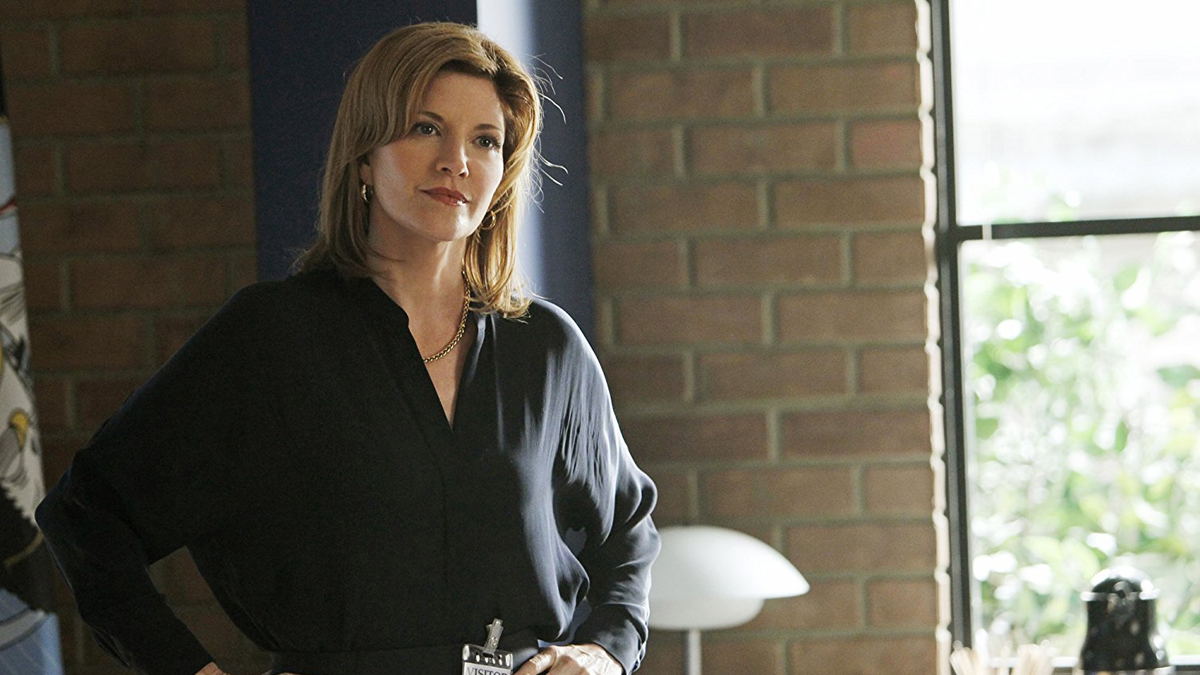 Leroy Jethro Gibbs has been haunted by the death of his wife Shannon and daughter Kelly for years. He saw visions of them and ended up doing the unthinkable and assassinating their killer, illegally, in revenge.

Then, in Season 12, he lost his second of his four wives. In the episode “Check,” Gibbs was meeting with Diane Sterling (Melinda McGraw) when she was shot in the head and killed.

This didn’t just affect Gibbs, but also her other ex-husband Tobias Fornell and daughter Emily. This sent Gibbs and Fornell on a mad search for mercenary Sergei Mishnev and changed Fornell’s life as he suddenly found himself a single father. 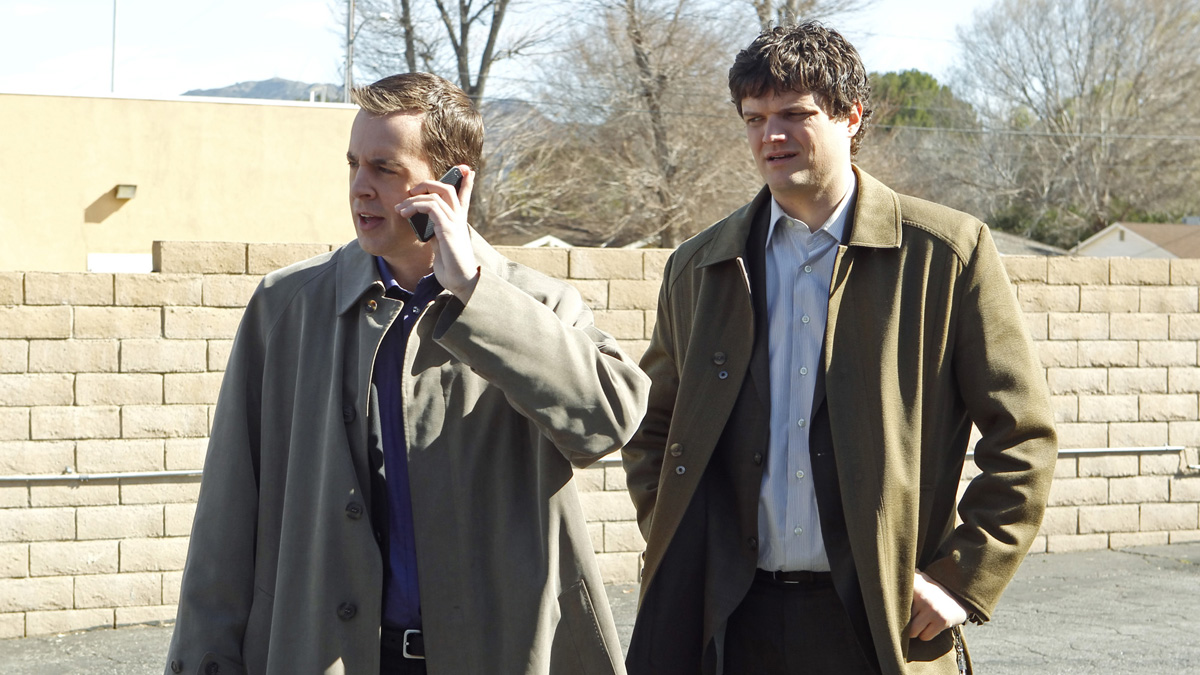 While Ned Dorneget (Matt Jones) was not a majorly important member of the NCIS team, his death was still both shocking and very distressing for viewers.

The death came after three seasons on the NCIS cast.

In Season 12, Dorneget was on a mission with McGee and was at a hotel in Cairo when it exploded. This affected Gibbs hard, and he set out to find out who did it and crack the terrorist organization that caused it.

The death was even more heart-wrenching when his mother, Joanna (Mimi Rogers), showed up after his death. 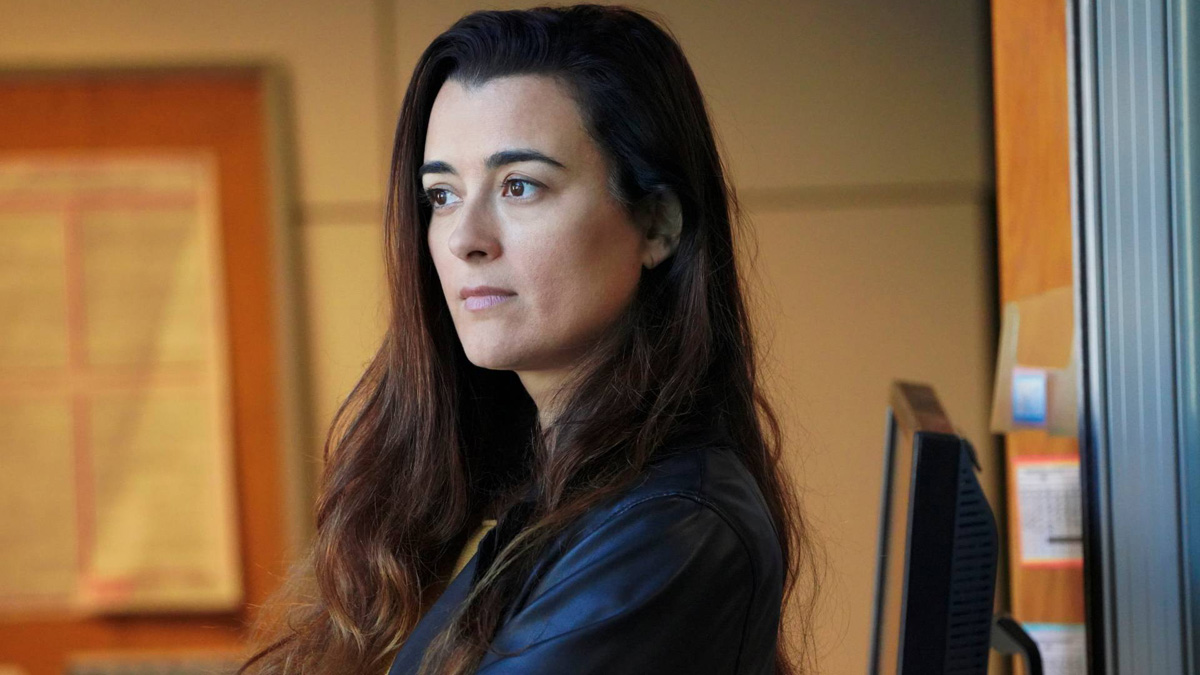 This, of course, comes with the caveat that Ziva (Cote de Pablo) did not really die. However, that does not alter the effect that her supposed death had on both the NCIS team and the show’s viewers.

In Season 13, Ziva appeared to die when a mortar attack arranged by CIA Agent Trent Kort destroyed the house.

This death was tragic, as Ziva was one of the most popular members of the cast. While Cote de Pablo said she was leaving, viewers thought Ziva would disappear on a mission.

When she died, it broke Tony, and he quit NCIS to head out and find the truth about what happened to Ziva while also caring for their daughter.

It turned out Ziva did not really die, which is why she is not ranked higher on this list. 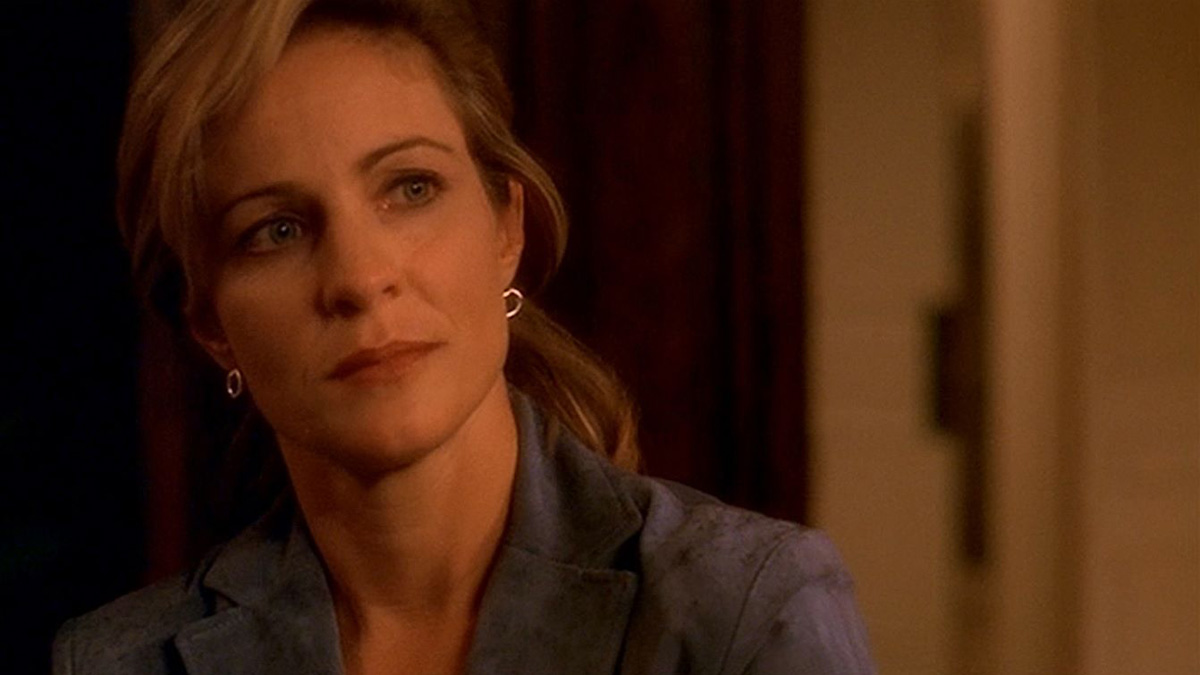 Paula Cassidy was an NCIS Special Agent at the Pentagon and Guantanamo Bay.

While most people remember Ziva David as Caitlin Todd’s replacement with the team, Cassidy temporarily replaced her on the NCIS team.

She ended up in a romantic relationship with Tony DiNozzo, which made her death so horrific.

The death came a couple of years later in Season 4. Cassidy led her own NCIS team by this time, and two of her team members died when they went into a building, which exploded. She was the sole survivor.

Her teammates’ death caused her to have a slight breakdown, and when she realized that there was another bomb that would kill her, Gibbs, and Tony, she closed the door in the trick wall behind her and died, sacrificing her life to save them. 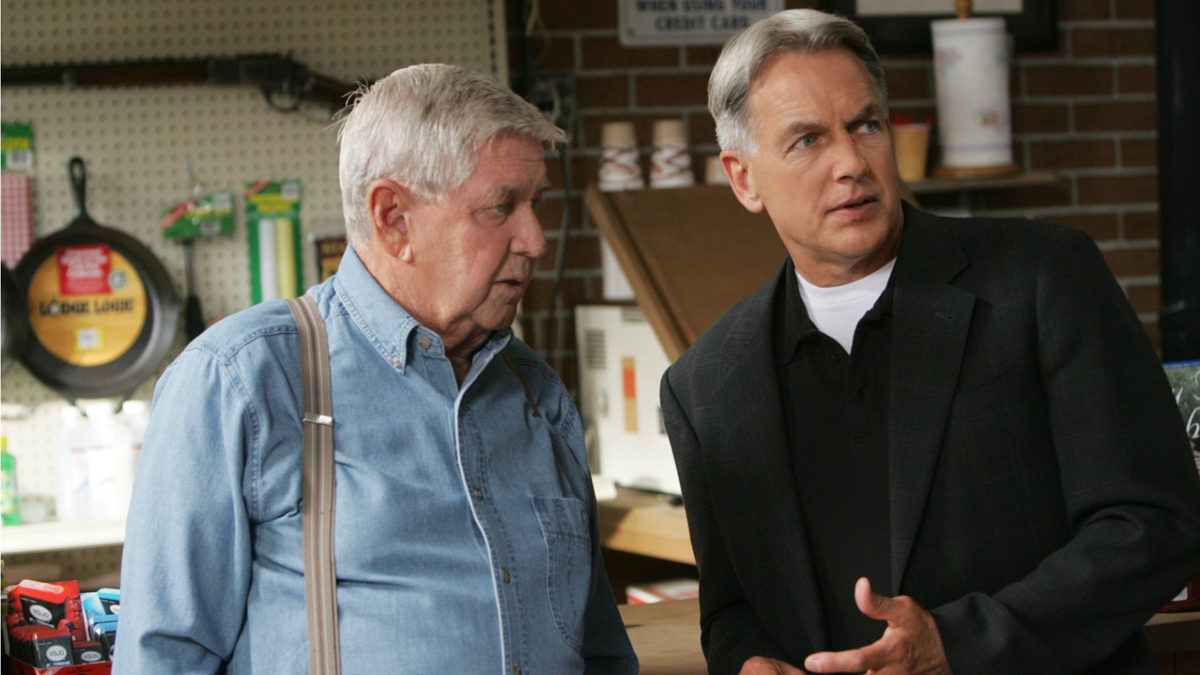 Not everyone who dies on NCIS is killed by a bullet or explosion. One of the hardest deaths to watch on NCIS happened off-screen.

Gibbs returned home to put the affairs in order and found someone showing up there with the intent of killing Gibbs. The episode flashed back to their past together and tied that into Gibbs’ trying to survive the attacks.

It ended with Gibbs giving control over the general store his dad owned to Cal Frazier, who worked for Jackson.

Jackson’s death occurred because actor Ralph Waite died, and the show honored him with the death of his character. 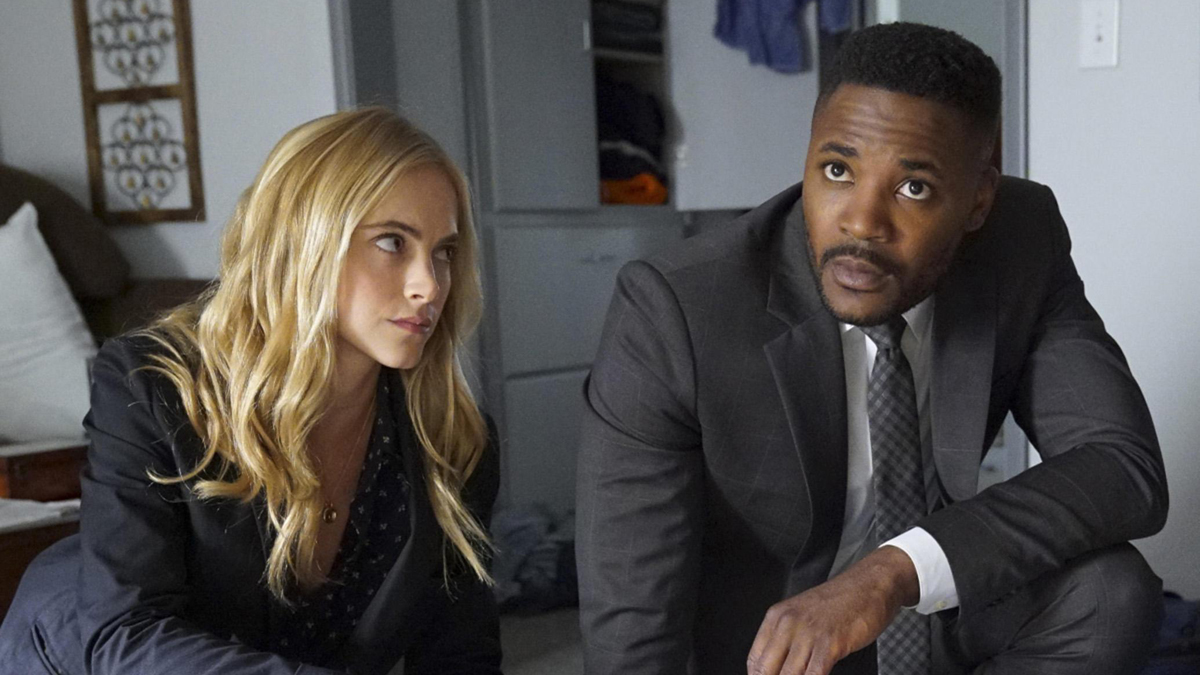 Outside of Caitlin, the most shocking and unexpected death on NCIS came when Clayton Reeves (Duane Henry) died.

Reeves joined the cast as part of the new team and played a huge part in helping new team members Bishop and Torres find their place.

Reeves was an MI-6 officer who was the Liaison Officer with NCIS. While he was with the International Desk, he would often work with the NCIS team. He also developed a close relationship with the team members.

His death came when someone tried to rob Abby and Reeves. He stepped up to protect Abby and was shot, dying after stopping the thief. His death devastated Abby, who eventually left the team. 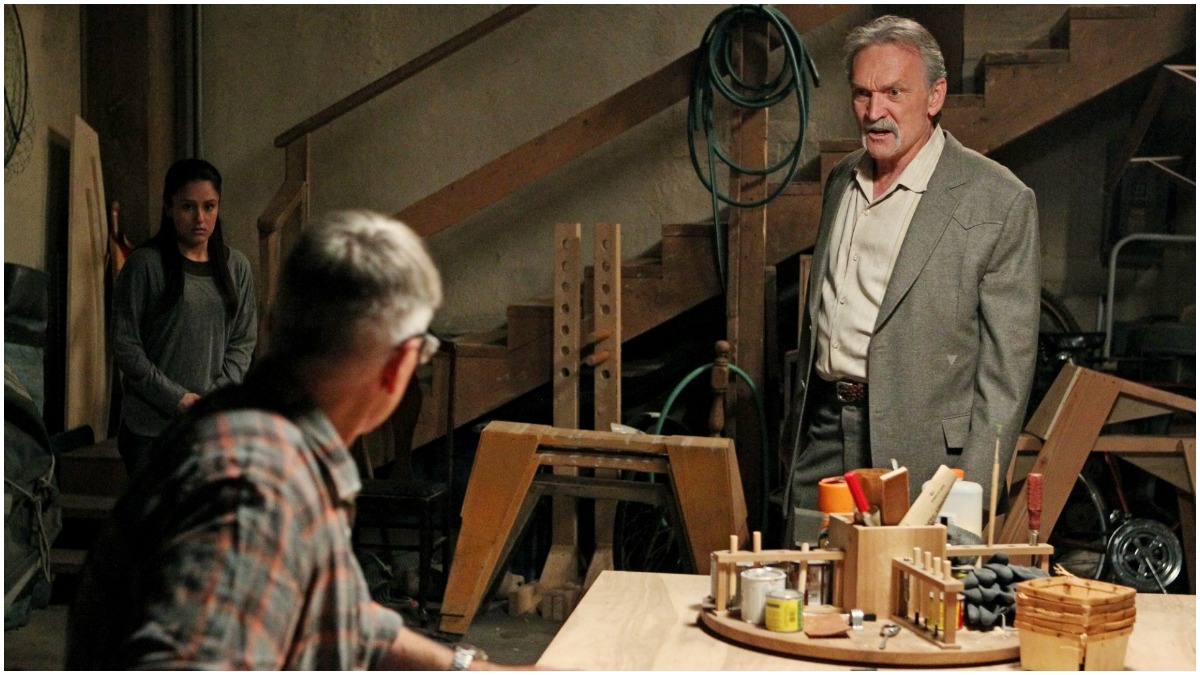 Mike Franks was always one of the best supporting characters on NCIS. He was the man who mentored Gibbs when he was the former NCIS Supervisory Special Agent.

When the show started, he was no longer an NCIS officer, moving to Mexico. However, he was still someone that was there whenever Gibbs needed someone to talk to.

Franks got involved in many cases, including privately investigating Jenny’s death and helping Gibbs hide his own mistakes from the past.

His final moment came in Season 8 when he approached someone headed to Gibbs’s house to kill him. Franks realized the killer was there, and the two had a standoff in the street, where Jonas Cobb stabbed him to death.

The death was a hard one, and Gibbs continued to hallucinate Franks for the next few seasons. 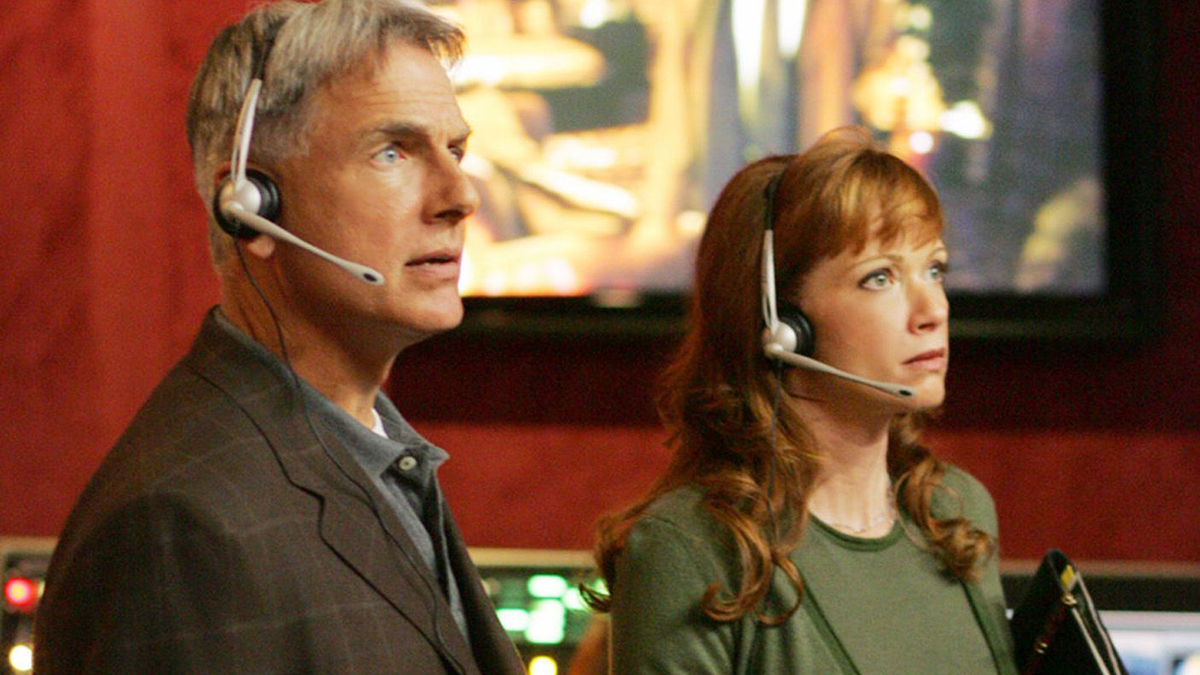 The best death on NCIS, and one of the most heartbreaking, was when Jenny Shepard died in Season 5.

What made her death so great was that she went out in a blaze of glory, gunning down multiple men before falling herself.

The death came when Jenny realized that NCIS Special Agent William Decker’s death was not from natural causes as reported but was likely a murder. She planned to meet with Franks at a diner, but the assassins got there first.

Her death had a major effect on Tony and Gibbs as they set out to figure out what happened and find who was responsible for her death. 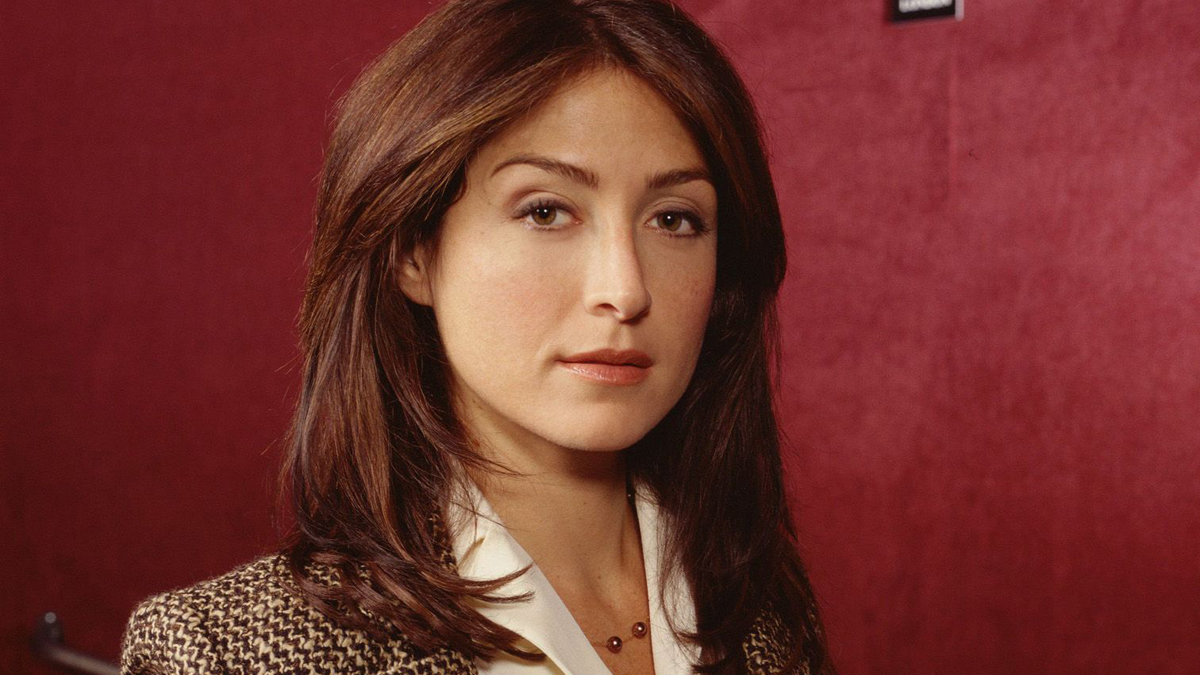 When watching police procedurals, most fans know that their favorite stars will live and stop the bad guys in the end. In Season 2, NCIS proved this was not that type of show.

In the 23rd episode of the second season, the NCIS team was trying to find Arab/Israeli double agent Ari David.

Gibbs, Tony, and Caitlin were on a roof after stopping a suicide bomber. Kate then leaped in front of a bullet to save Gibbs from a shooter. She was luckily wearing a bulletproof vest and survived.

However, as the three talked about the close call, Caitlin took a bullet to her head and died instantly. Ari killed Caitlin to get at Gibbs, and it was the most shocking death in NCIS history.