The 40-year-old footballer’s wife took her rivalWAG to court after Coleen, 36, accused her of leaking private stories to a newspaper. Mrs Justice Steyn ruled last week that Coleen’s accusation was “substantially true.”

She then bowed her head before looking back up with tears in her eyes.

The wife of Leicester ace Jamie has been left to pay legal bills of up to £3million. 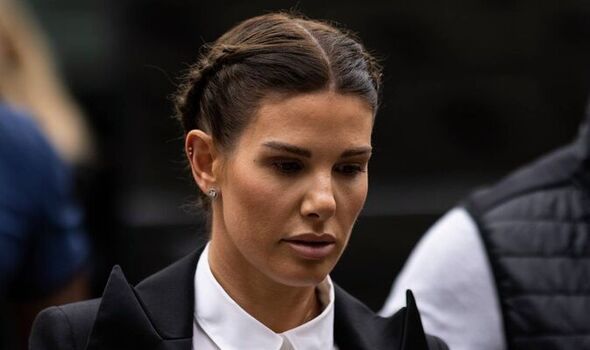 The case became known as the Wagatha Christie trial after Coleen turned detective by putting false stories on her personal social media to find who was responsible for the leaks.

In the written judgment she was described as “an honest and reliable witness” but the judge added: “I find that it is, unfortunately, necessary to treat Mrs Vardy’s evidence with very considerable caution.”

The latest interview comes days after Rebekah posted a defiant photo online of herself, back to the camera, as she flashed a peace sign and wore a leather jacket with the slogan “Normal is boring.”

She had said when the case finished on Friday that the judge was “wrong” in her verdict: “I am extremely sad and disappointed at the decision.

“It is not the result that I had expected, nor believe was just. I brought this action to vindicate my reputation and am devastated.”

A spokesman for Coleen yesterday declined to comment on Rebekah’s latest interview.