Supernatural has Michael in possession of Dean Winchester’s body right now, but things won’t go back to normal when Dean is finally rescued.

Michael is currently recruiting monsters for his cause, and executive producer Eugenie Ross-Leming told TVLine that although Dean will be able to cope living with the fact that Michael has done evil while in his body, there is a surprising and dark plot development in store. 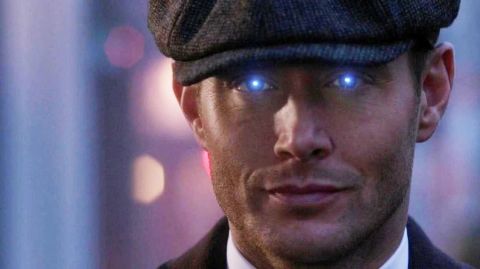 “Dean’s been contaminated by Cain,” she said. “He’s a tough guy. His body’s sort of accumulated a lot of, I think, antibodies against evil, so he’ll be okay.

“He knows how to handle himself, even though he’s been altered. But there is a little bit of a surprise, in terms of this semi-possession, which I can’t tell you about.

“There’s a little bit of a twist.”

Ross-Leming added rather ominously: “There’s something else that’s going to happen that will take a bigger toll on Dean, and he has to pay attention to that.”

Showrunner Andrew Dabb previously said that it has been an exciting challenge writing episodes without Dean, who is “such a fundamental part of the show”.

Supernatural season 14 continues Thursdays on The CW. The series airs on E4 in the UK.