During the most recent episode of Sunday Brunch, presenters Tim Lovejoy and Simon Rimmer were joined by McFly’s Dougie Pointer, actress Samantha Womack and comedian Al Murray. However, they also spoke to singer Pip Millett who revealed her recent music follows her journey through depression and a breakup.

Wanting to find out more about her album, Tim asked Pip if there were any specific themes that people can expect.

The 22-year-old informed the two presenters that people will go on a journey when listening to it, as it focuses on her moving through depression and a breakup.

She said: ”I find light at the end, you can feel that I’ve come out of something you know?

“There’s pain at the beginning and throughout.” 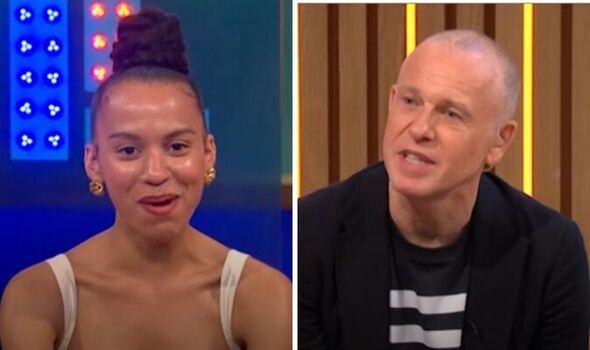 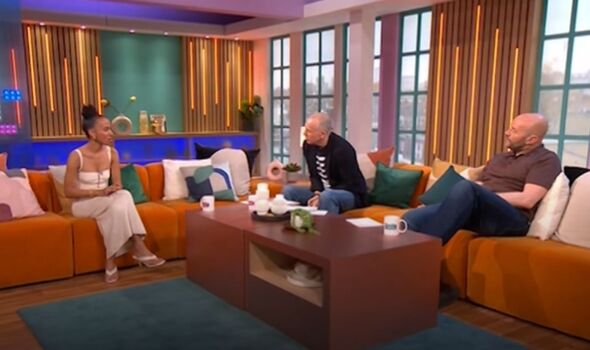 The singer was asked if she finds writing about her heartache and similar situations helps as other performers have said it’s cathartic for them. (this doesn’t make sense)

Pip admitted it does help before touching on her specific style of writing.

She revealed: “I write a lot about my sadness, to be honest.

“That has always been my way of getting it out and calming myself down.” 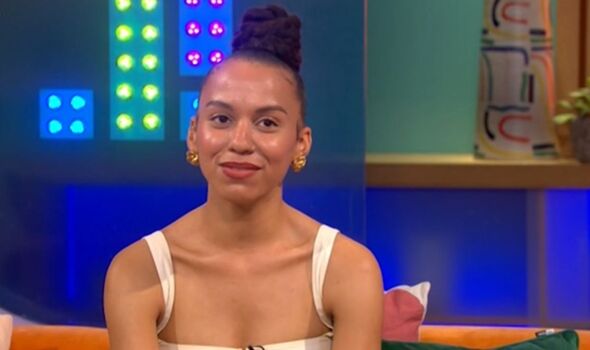 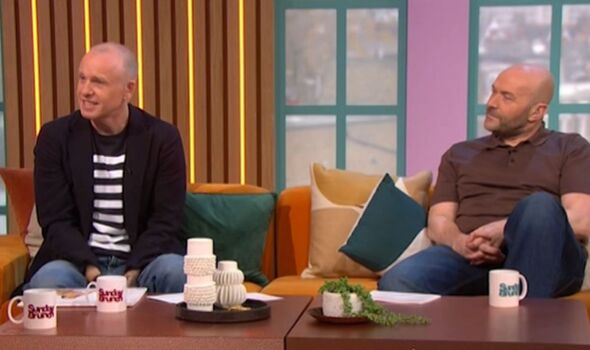 Being direct, Tim asked Pip: “Why are young people so sad?”

Slightly taken aback by his question, she awkwardly laughed before replying: “Well, thank you!”

Giving more clarity on this question, Tim added that there are a lot of people writing about sadness at the moment and wondered if social media plays a part in that.

Pip replied: “I think part of it is social media, but I think there’s a lot of pressure.

“We’re underpaid and overworked a lot of the time. It’s difficult, people can’t buy a house, a lot of people are living at home still in their late 20s, it’s hard.”

Tim’s comment didn’t go unnoticed with viewers either as one viewer fumed: “Have I really just heard one of the @SundayBrunchC4 presenters ask their (young) guest “Why are young people so sad?”

“Did they miss the smooth transitions from a global pandemic to a war to a cost of living crisis? Bizarre interviewing.”

Sarah Jones went on to question why Tim “ridiculed” his guests on the sofa.

Someone else commented: “This interview is so awkward #SundayBrunch.”

Elsewhere in the interview, the singer spoke about her busy summer of touring and performing at gigs.

Pip admitted: “I’m going to be honest and say I’m a bit tired of festivals now. I’m over it, it’s lots of travel. That sounds really boring doesn’t it?!”

Tim swiped: “It kind of comes with the job though?”

Calling herself a “baby” Pip said she still had fun at festivals but enjoys spending time at home.

Sunday Brunch continues weekly on Channel 4 at 9am