Strictly Come Dancing‘s weekend at the movies has come to an end, and the series is now down another dancing couple as one more celebrity is eliminated from the competition.

After surviving last week’s dance-off against Susannah Constantine, Lee Ryan has now become the second celebrity to depart the dance floor this series after going up against Charles Venn in the dance-off in Sunday night’s (October 7) results show. 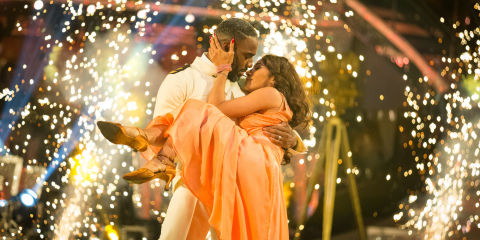 Both Lee and his professional partner Nadiya Bychkova and Charles and his partner Karen Clifton performed their routines for the judges once again tonight, which saw Lee and Nadiya perform the Cha Cha Cha to ‘The Power of Love’ and Charles and Karen perform an American Smooth to ‘Up Where We Belong’. 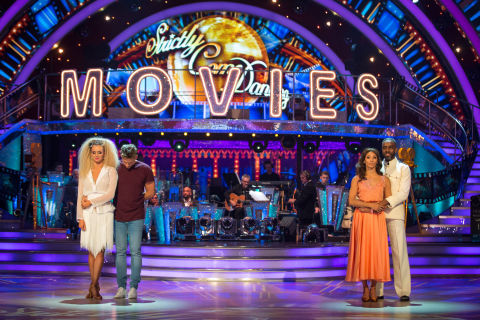 And, after both couples had finished their routines, it was over to the judges, with Craig Revel Horwood, Bruno Tonioli and Darcey Bussell all voting to send Lee home.

“The better dancers for me on the night were Charles and Karen,” came Craig’s verdict, with Darcey adding: “I wish both these couples weren’t here so it’s tough but the better couple for me was Charles and Karen.”

Bruno also chose to save Charles and Karen but called it a “very hard” decision, adding: “They were both very very good I have to say that.”

With three votes against them, Lee and Nadiya’s fate was already confirmed, but there’s some solace in the fact that head judge Shirley Ballas would have voted for them to stay, saying: “I would have gone with Lee on the musical performance from this evening.”

Speaking about his time on the show, Lee described the series as “intense” and “amazing”.

“I’ve had a really lovely time, even though it’s been short it seems like I’ve been here a long time because it’s been so intense, it’s been amazing,” he said.

“I love these guys, I absolutely love every single one of them. There’s so much love in everyone it’s been a memory that I will treasure for the rest of my life, I really will.” 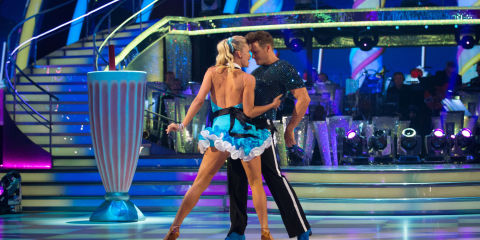 Strictly Come Dancing continues next Saturday, October 13 at 6.40pm on BBC One, with the results show airing on Sunday, October 14 at 7.45pm.