The Strictly Come Dancing pair were snapped snogging outside a pub after a drunken night out – despite Katya being married to fellow Strictly pro Neil Jones and Seann being in a relationship with actress Rebecca Humphries.

Speaking on Loose Women, judge Craig said he felt Katya should be taking more of the blame. 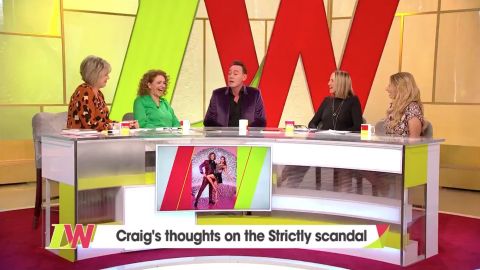 “I’ll put the ball in Katya’s court, she should not have allowed it to happen,” Craig told the panel of Ruth Langsford, Nadia Sawalha, Stacey Solomon and Carol McGiffin.

“One, she’s married, two, he’s in a relationship that is no longer. Talking as Craig Revel Horwood personally – this is not the view of the BBC – it’s a teacher snogging the student, isn’t it?”

However the judge, who has been on the show since the first series, added he was glad the pair stayed on the show.

“I thought they were brave to come back on to the show and do their dance of shame. It has to be done. If you snog someone at the Christmas party that you shouldn’t have, like your boss, but you still want the job, you still have to turn up on Monday. Even if there are imprints on the photocopy machine. 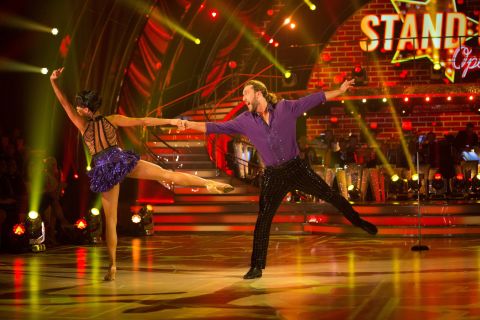 “You have to face the music and dance, and they did, and I’m glad they did. They are there to be professional, let’s not forget they are being paid to do the job – both of them.”

The couple performed a Charleston at the weekend – and impressed all the judges.

But professional dancer Anton Du Beke thought the pair were “kindly marked” for their efforts.

“What I do believe is that they were kindly marked on the night – they got higher marks than I thought the dance deserved,” he said on This Morning. 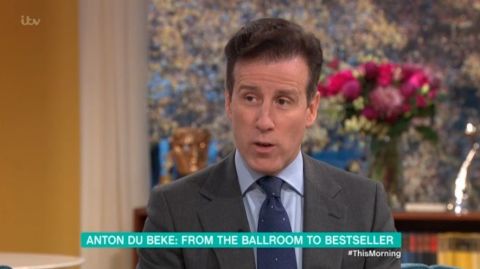 Anton, who has been a professional dancer on the BBC show since its first series, added: “It did have a great performance value – Katya’s choreography is always brilliant. But I thought technically it wasn’t there.”

Strictly Come Dancing airs on Saturdays and Sundays on BBC One.