The couple were waiting at the top of the stairs as Tess Daly and Claudia Winkleman introduced their Quickstep when the moment occurred. 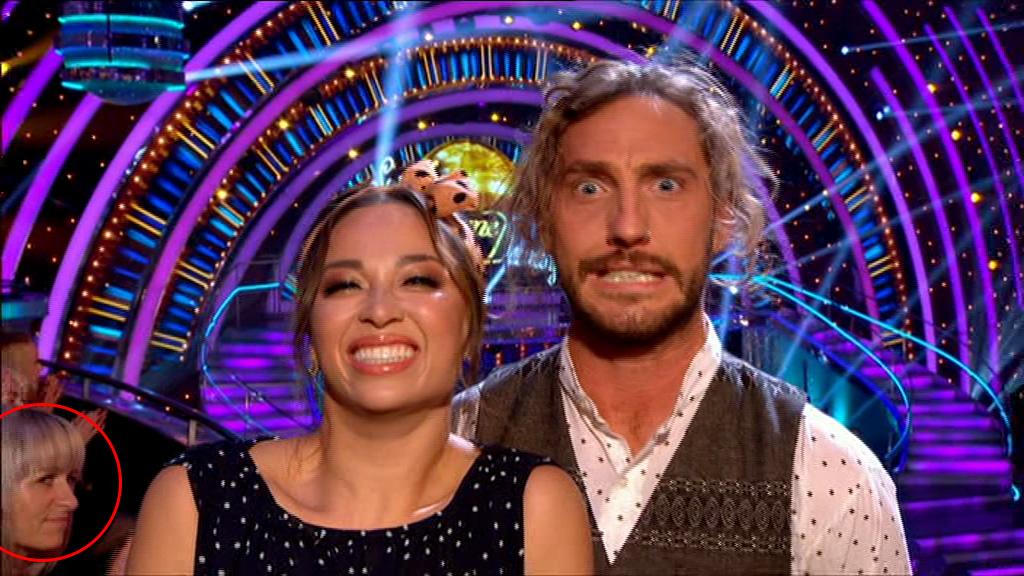 As Seann, 32, and Katya, 29, smiled for the camera, a female member of the audience could be seen in the corner of the screen.

The couple ended up scoring 24 points for their routine to Jake Bugg's Lightning Bolt, but Shirley Ballas left Seann squirming as she questioned him during her critique. 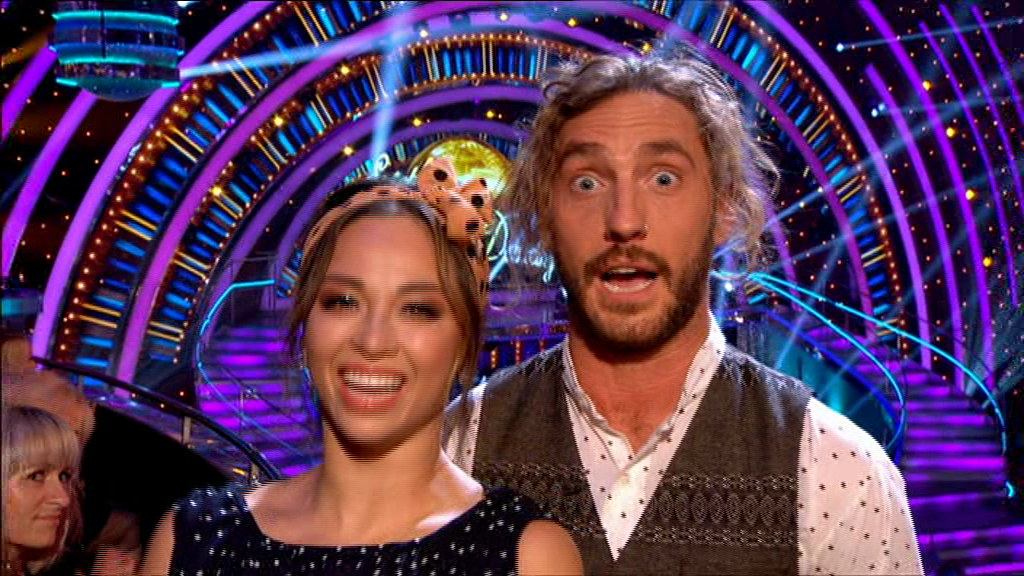 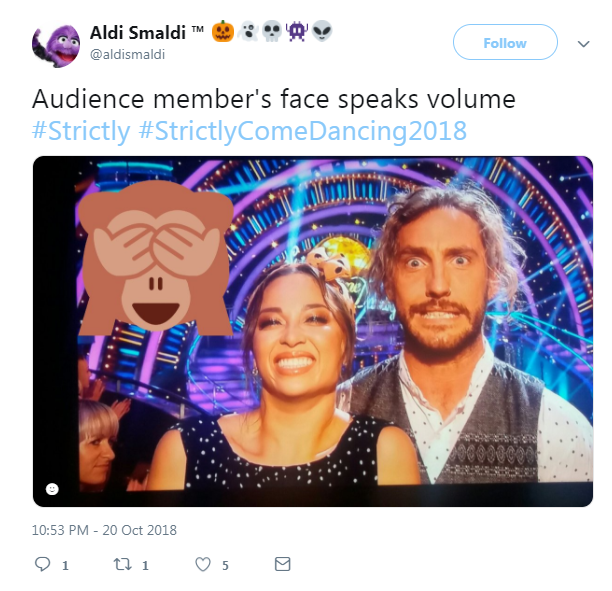 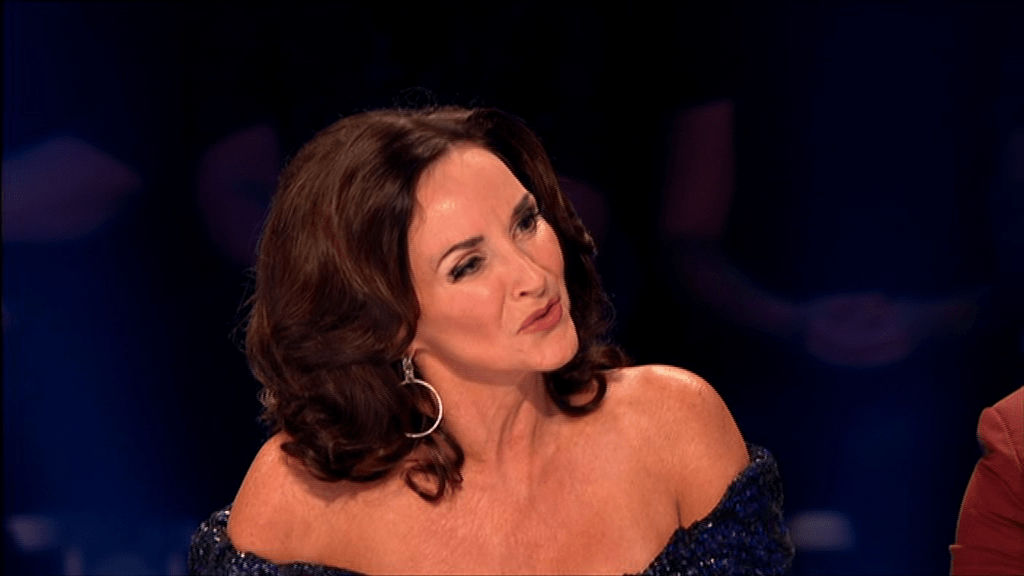 She said: "Not your best dance today, but a good effort.

"You did a little misstep, you felt it, didn't you Seann? Tell Shirley you felt it. I know you did."

As Seann – who was pictured drunkenly snogging Katya outside a London pub earlier this month – squirmed, he eventually replied: "I felt it Shirley," Tess Daly then pulled a face and said: "Glad we cleared that up."

The awkward moment was "badly timed" according to viewers at home, considering Seann and Katya's behaviour still being the talk of the series.

Fans were also convinced show bosses 'hid' Neil Jones at the back after wife of the group as Seann and Katya discussed their dance with Claudia.

It was their second routine since they were caught sharing a drunken snog outside a London pub, despite both having partners at the time.

As the pair chatted to Claudia after their routine, viewers struggled to spot Katya's husband Neil, 35.

Last week, he had been seen with a 'face like thunder' at the same point in the show, but this week, he was finally spotted right at the back of the group.

Taking to Twitter, viewers couldn't help but notice, with one writing: "I see Neil has strategically placed himself behind Vick's hair this week…." while another added: "Neil is always in the background".

A third tweeted: "I see Neil Jones is hiding behind Vick's hair this week" while a fourth shared: "Anybody trying to spot Neil". A fellow viewer felt it was on purpose, tweeting: "Shame, they've hidden Neil this week so we can't judge his 'angry face' #Strictly."

But as the camera panned to another angle, Neil could eventually be seen clearly, and he still didn't look very happy.