Ranvir Singh and her professional dance partner Giovanni Pernice performed a steamy Cha Cha Cha on Saturday’s Strictly Come Dancing and while it didn’t thrill the judges, viewers were left hot under the collar. While the Good Morning Britain presenter oozed confidence in her sparkly dress, Giovanni sent fans into a frenzy as he danced with his shirt open.

Giovanni, 30, sported a patterned pink short which was unbuttoned and paired with black trousers.

As he showcased his six-pack, viewers rushed to Twitter to explain they couldn’t concentrate on anything else.

“I don’t know how Ranvir focuses because lorrrdddd Giovanni is something else!” one viewer posted.

Another added: “Looked at Giovanni……only ONE place I’m looking!” 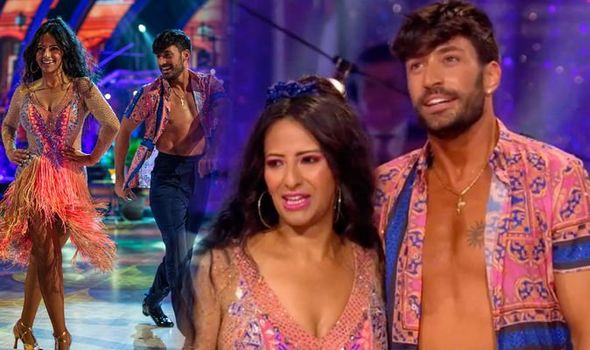 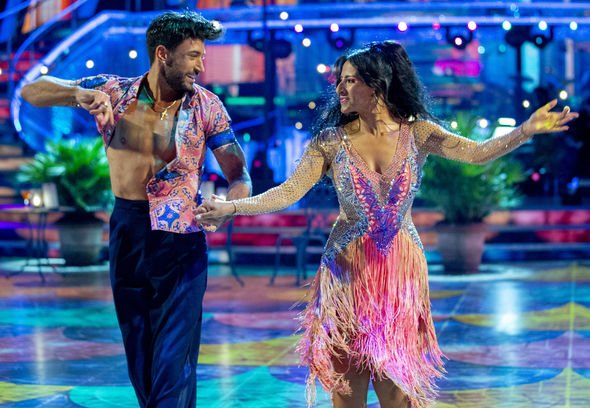 A third tweeted: “Ranvir and Giovanni, that cha cha was really good! I liked the routine they did! Also Giovanni, Hello shirt buttons undone.”

Someone else continued: “How are we coping with Giovanni looking like that ? #strictly”

Speaking of their routine, Craig Revel Horwood said it was “a little laid back for me”. 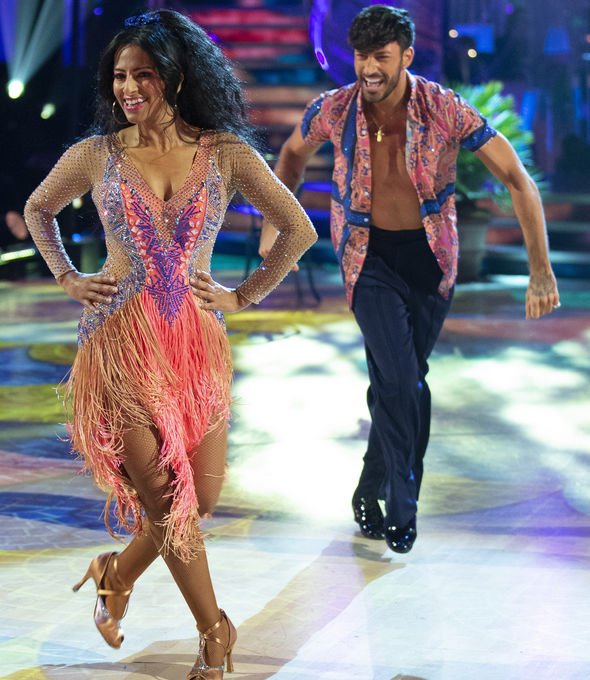 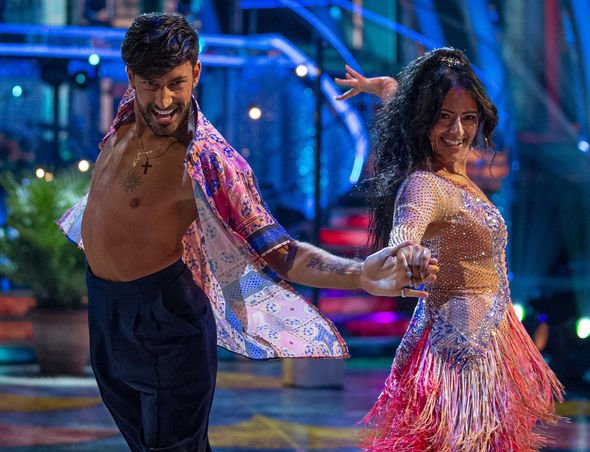 However he said Singh’s “musicality is second to none, my darling”.

Shirley added she “loved the flirting and the teasing and there’s a strong chemistry between this team, for sure”.

To cheer up Ranvir, her GMb co-star Susanna Reid made a surprise appearance to send a sweet message.

She exclaimed: “Ranvir, you are doing brilliantly, every week you pivot from political reporting and presenting to lighting up that Strictly dancefloor.”

Susanna continued that at work she can see a “change in the way you move and how you have become more confident in what your body can do”.

Elsewhere on the show tonight, Prince Harry made his first UK appearance since he stepped down as a senior royal.

He video called JJ Chalmers to talk about his progress on the BBC competition.

Harry said: “When I first met JJ he was a shell of himself, but then to see you shine through Invictus and to feel like yourself again, that was a start of an amazing journey.”

Discussing JJ’s training outfit, Harry told him he is “definitely having an impact on society, especially when you are wearing those tight blue shorts”.

JJ noted he “would not be here” without Prince Harry and the work the Invictus Games does.

Strictly Come Dancing continues Sunday on BBC One at 7.25pm.