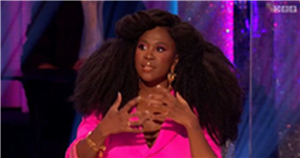 Musical icon Cynthia Erivo filled in for Craig Revel Horwood this week, however, it was 40 year old Motsi who stole the limelight thanks to her stunning look. 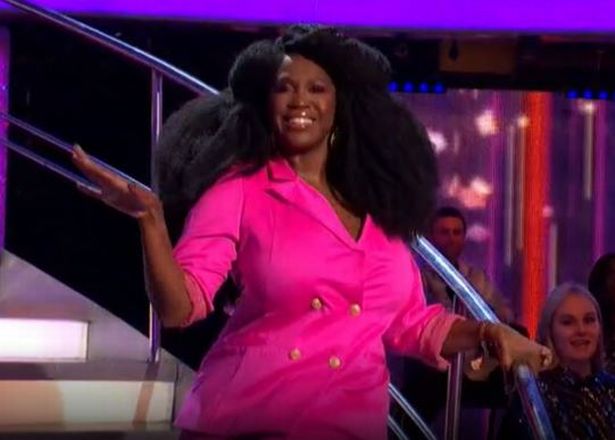 A third added: "Can we have a moment of appreciation for how fabulous Motsi's hair, makeup and frock are tonight?"

Someone else wrote: "Do not have words to describe just how much I Red heart @MOTSI_MABUS's black women's magic hair this evening #Swoon #StrictlyComeDancing."

Motsi's stunning appearance wasn't the only thing that had Strictly viewers talking on Saturday evening.

Viewers of the show were left 'outraged' as judges gave Tilly Ramsay and her dance partner Nikita a perfect 40 during Musical's Week.

Tilly and Nikita Kuzmin scored a perfect 40 after dancing to Revolting Children from Matilda and receiving a standing ovation from the judges. Anton Du Beke described Tilly as an "inspiration" following the routine, while guest judge Cynthia described the dance as "awesome," "amazing", and "brilliant."

It came as no surprise that the couple bagged a perfect score of 40 for their routine, with each judge giving them a 10 out of 10.

However, despite the judges being impressed, some viewers weren't as on board with the dance.

"I'm sorry, I don't mean to be mean cos I love Tilly, but that was not first class. Why are the judges lying? Did I watch something different?!"

Another penned: "Cue Tilly being overmarked again," while a third said: "The judges are definitely trying to keep Tilly out of the dance-off with them scores it's actually laughable!!!!"

Fans said AJ Odudu and her partner Kai Widdrington were worthy of a perfect 40 from judges.

One person said: "The fact that Rhys AND Tilly have had a score of 40 whilst AJ is still only being scored 37/38/39 when she is a much better dancer than both of them is beyond me."