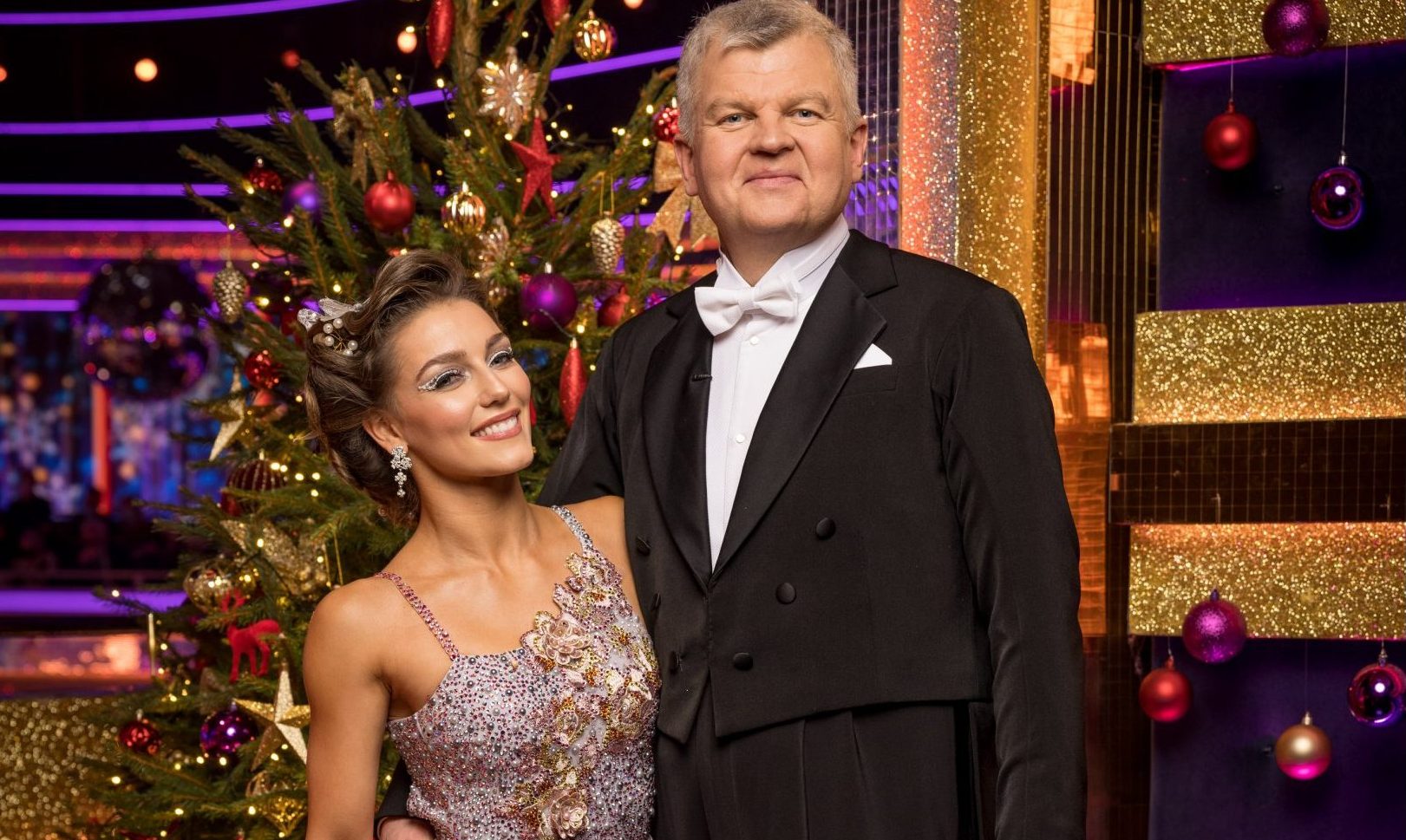 Adrian Chiles has come clean about a whiffy mishap he experienced while training for the Strictly Come Dancing Christmas special.

The TV presenter, 54, is set to take the dance floor for the annual festive special which will premiere on December 25 with dance partner Jowita Przystal.

Chiles has now detailed his Strictly journey ahead of its debut and recalled a rather embarrassing moment he suffered behind the scenes.

‘(Przystal) really didn’t have a lot to work with. I had literally zero experience of proper dancing, not a single step,’ he said.

‘The following morning we began with the big lift she’d planned for us.’

Writing in The Sun, he added: ‘Given my significant weight advantage, this was the one bit I was confident about. Such was my enthusiasm, the first time I executed the lift I’m afraid I inadvertently broke wind very loudly. I’d eaten breakfast too quickly.’

However, Chiles credited his dance partner for being a true friend as she ‘pretended not to notice’.

Chiles also revealed his fear of dancing and explained he stepped up to the challenge this time round because it’s a ‘short Strictly journey’ in contrast to the 13 weeks of training.

‘I’ve got nothing against dancing’ he added.

‘I just can’t do it. If I attempt to dance, at a party or something, I quickly become overwhelmed with shame. I find it nothing less than traumatic.’

The pair will be performing an American Smooth to Otis Redding’s White Christmas.

They will have to perform a Christmas-themed routine to impress judges Craig Revel Horwood, Motsi Mabuse, Anton Du Beke, and head judge Shirley Ballas, as well as the voting audience, to be crowned champion.

The Strictly Come Dancing Christmas Special airs on Christmas Day on BBC One and BBC iPlayer.