The famous faces set to take in this year’s series of Strictly Come Dancing are coming thick and fast, with the fifth announcement made on today’s edition of This Morning.

Earlier today, beauty and lifestyle vlogger Saffron Barker, 19, was revealed as the fourth celebrity to be taking part.

Now, Catherine Tyldesley, 35, has been confirmed as the fifth star hoping to get their hands on the coveted GlitterBall trophy.

It’ll be my biggest challenge to date

Throughout the morning, This Morning hosts Eamonn Holmes, 59, and Ruth Langsford, 59, had been teasing viewers who the mystery celebrity could be.

After revealing the set of a pub bar front, the presenters then revealed the famous face had a connection to Manchester after showcasing a Manchester United football shirt.

It was then announced Catherine was the fifth celebrity joining the line-up as she joined the hosts to speak about the journey ahead.

Speaking of the news, Catherine said: “I literally, I can’t dance. I love to dance on a night out if I’ve had a couple of drinks and me and Alfie like a dance in the kitchen but that’s it.

“I’m going to struggle remembering things. I am literally terrified,” the soap star continued, but she also expressed her excitement at joining the line-up. 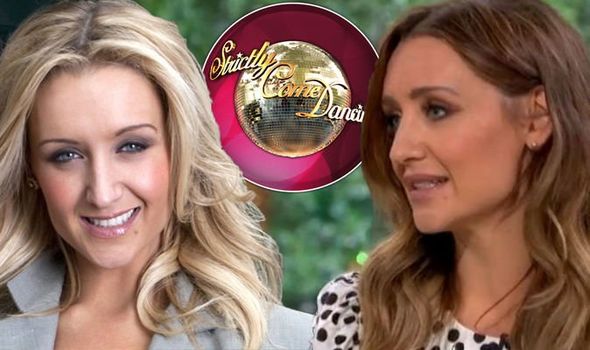 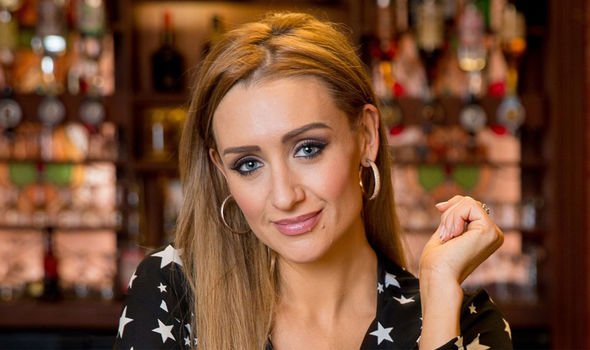 Following the reveal, Catherine said in a statement released by the BBC: “I’m thrilled to be a part of this year’s Strictly Come Dancing. I’m a huge fan of the show.

“It’ll be my biggest challenge to date as I’m not much of a dancer, but I’ve always wanted to learn the skill and the time feels right!

“I’m nervous as hell but super excited to work with such talented professionals. Hold onto your jazz shoes… mine is sure to be a bumpy/clumsy/fun ride!”

Speaking about potential partners with Eamonn and Ruth, Catherine said: “I’m quite tall so in my head I’m narrowing it down.

Catherine suggested either Alijaz Skorjanec, 29, or Graziano Di Prima, 25, could be the professional she partners with. 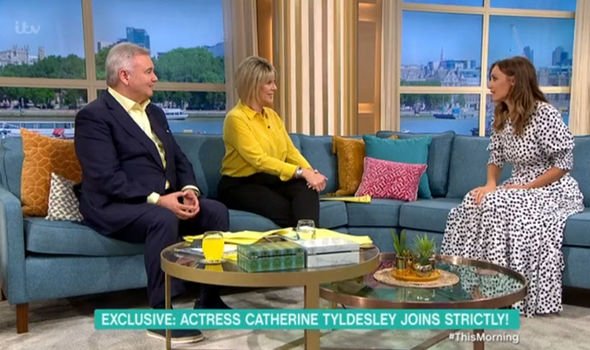 The Coronation Street star said her husband Tom Pitford was “thrilled” by her signing, admitting “he’s so chilled,” when asked about fears regarding the Strictly curse.

Taking to Twitter to respond to the latest signing, fans of the show expressed their excitement at Catherine’s announcement.

Another added: “Yaaaaaaaay!!! Love @Cath_Tyldesley. welcome to #strictly,” with a third commenting: “@Cath_Tyldesley @itvcorrie Congratulations on joining @bbcstrictly you are going to be Amazing on the show! Good luck #Strictly.”

It not yet been confirmed if another announcement will be made today, but one more star will be revealed on tomorrow’s instalment of BBC Breakfast.

Strictly Come Dancing returns next month on BBC One.

Newsreader Natasha Kaplinsky was the first celebrity to win the BBC dancing series. She was partnered with Brendan Cole. They finished 39 points ahead of competitor Christopher Parker.

Jill Halfpenny was the second star to impress the judges with her dancing skills. Partnered with Darren Bennett, the pair beat off competition from Julian Clary and Denise Lewis.

Cricketer Darren Gough won the third series of Strictly. He and partner Lilia Kopylova wowed audiences but never once finished at the top of the leaderboard.

Mark Ramprakash was the fourth star to lift the Glitterball Trophy. He was partnered with Karen Hardy and they were the first couple to restart a routine after their initial attempt saw Mark’s mic get caught in Karen’s dress.

Before becoming a Strictly judge, Alesha Dixon won the nation’s hearts and the Glitterball Trophy during the fifth series. She was partnered with professional dancer Matthew Cutler.

Holby City star Tom Chambers was partnered with Camilla Dallerup when he won the sixth series. He performed the Foxtrot and Salsa in the final week.

BBC Breakfast presenter Chris Hollins and his professional partner Ola Jordan surprised viewers when they beat Ricky Whittle and his partner Natalie Lowe in the final. They wowed with the Foxtrot, Charleston, Lindy Hop and Showdance.

Kara Tointon was the eighth celebrity to win Strictly. She danced with Artem Chigvintsev and failed to receive 40 points throughout her time on the show.

Former McFly star Harry Judd was the ninth star to lift the Glitterball Trophy. He didn’t top the leaderboard until week seven but then scored 40 points twice in the final.

The tenth series of the BBC show was won by Olympian Louis Smith. He danced his way to victory with professional partner Flavia Cacace. He faced competition from Kimberley Walsh, Denise Van Outen and Danni Harmer in the series finale.

Love Island host Caroline Flack took to the dance floor in series 12 where she scooped the Glitterball Trophy with Pasha Kovalev.

Jay McGuiness surprised viewers when he won the thirteenth series of the BBC dancing competition with Aliona Vilani. When he learned he’d won, he told host Tess Daly: “I feel spaced out – it’s really weird.”

Last year’s winner was Stacey Dooley. The BBC documentarian raced to the top to become a firm favourite with her professional dance partner Kevin Clifton. It was Kevin’s first year co-winning the trophy and there were tears all around.