Strictly Come Dancing contestant Kelvin Fletcher and Oti Mabuse have impressed judges since the start of the competition, as they received the highest score of the series so far after bagging two tens last weekend for their Charleston.

The pair went on It Takes Two yesterday evening to discuss their upcoming Rumba with Rylan Clark-Neal and the host issued viewers a joke warning before they joined him on the sofa.

The message that came up on the screen stated: “WARNING: the following interview includes gratuitous use of the number 10.”

Last weekend, Shirley Ballas and Bruno Tonioli both whipped out the double figures as the gushed over the former Emmerdale star’s routine. 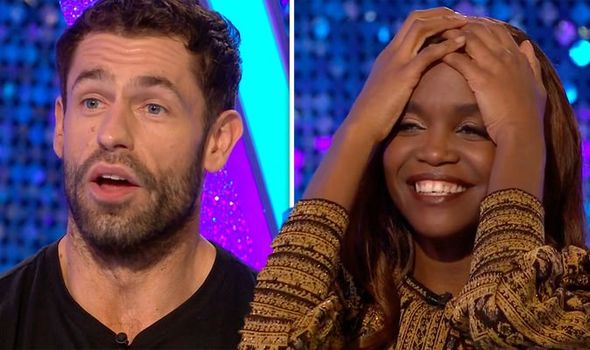 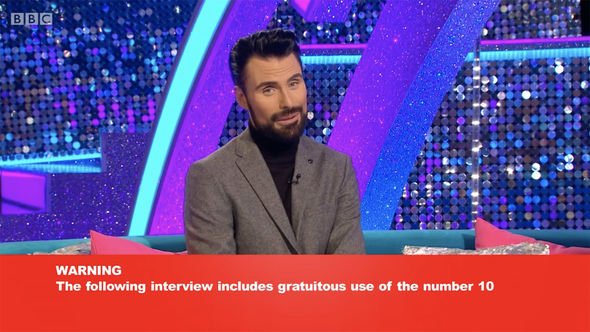 Bruno added: “That was as good as anything I’ve seen on the West End stage or Broadway.”

They went straight to the top of the leaderboard with a stellar score of 38 combined points after Motsi Mabuse and Craig Revel-Horwood granted them nines.

Rylan welcomed them onto the sofa, and he addressed their score straight away, revealing to to be the highest week three score in the show’s history.

A very shocked Kelvin exclaimed: “I didn’t know that!”

Rylan then went onto confess how he normally “talk scores later on down” in the show but couldn’t help himself and mimicked Shirley’s response from the night.

A voiceover came on from the judge saying: “It’s never too early for a ten from Shirley.” 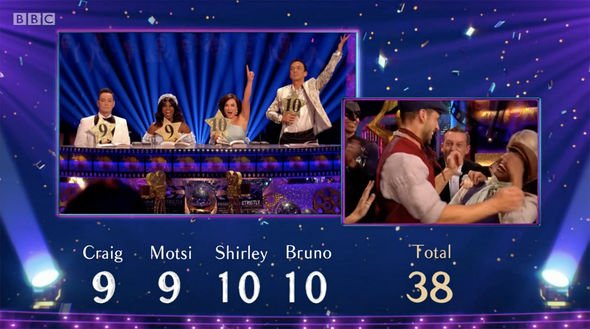 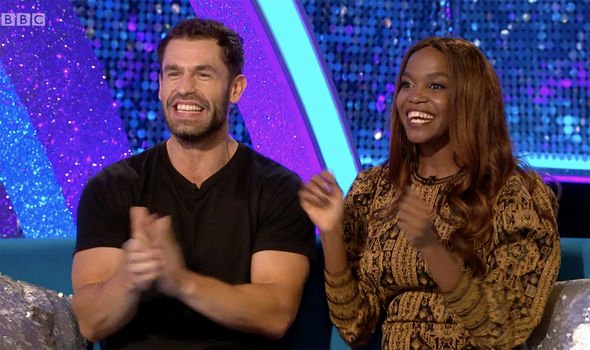 Kelvin told the host: “It was just insane, it was such a shock, the dance felt great, I felt like I gave a good performance, I loved every part of the performance.”

He then added: “Oti’s reaction was absolutely hilarious, I’ve actually made a little gif of it.”

Oti agreed, telling Rylan: “It was really nice, we’d been working so hard…I appreciate the hard work we put in and how much hard work he puts in.”

Kelvin then explained how he struggled after the excitement of last weekend, when they returned to the training room earlier this week.

He shared: “Monday for me was the worst day, I really really struggled, I felt like a failure because I couldn’t get the steps right!”

His professional partner revealed that the star had struggled with the increasing intensity of the dances, expecting them to get “easier” each week.

She told Rylan he said “you lied to me Oti, you lied to me” about the routines getting easier the further on in the competition you went.

The pair will be dancing a Rumba tonight to Ain’t No Sunshine by Bill Withers, as they hope to make their way to the top of the leaderboard.

After a triumphant performance last weekend, how will they fare this weekend?

Kelvin remains the favourite to lift the Glitterball Trophy alongside Oti, as Coral have him topping the market at 11-8.

Karim Zeroual is second favourite at 3-1, with RuPaul’s Drag Race judge, Michelle Visage in third at 6-1 to win the competition.

Coral’s Harry Aitkenhead said: Kelvin is the one to beat in the race for the Glitterball Trophy, even at this early stage, and he tops the betting as they clear favourite.

Strictly Come Dancing continues tonight at 6.40pm on BBC One.