The incredible special effects team behind Stranger Things take you behind the scenes of the Shadow Monster’s horrifying possession of Will Byers in a preview of the official companion book.

Stranger Things: Worlds Turned Upside Down delves into all of the most memorable moments of the series, and Digital Spy can exclusively bring fans a preview of the efforts that went into one of the most disturbing scenes from season two.

Who can ever forget the moment when Will (Noah Schnapp) stood paralysed on his school field as the Shadow Monster shot its tentacles deep into his soul?

In the photos below (which we recommend you click to enlarge), you’re taken step-by-step through the process of the creation of the Shadow Monster’s possession scene, from the earliest concept art straight through to the final visual effects: 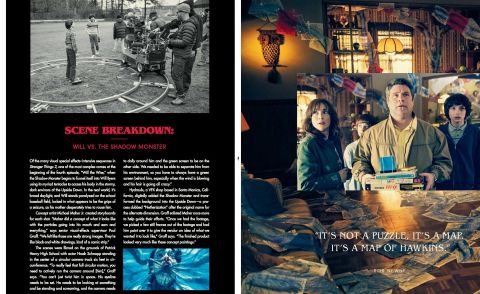 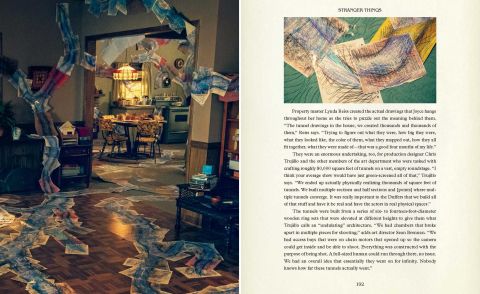 Perhaps most interesting of all is senior visual-effects supervisor Paul Graff describing how his team decided to film actor Noah Schnapp in order to strike total fear in the viewer.

“To really feel that full circular motion, you need to actively run the camera around [him],” Graff says. “You can’t just twist him in space. His eyeline needs to be set. He needs to be looking at something and be standing and screaming, and the camera needs to dolly around him and the green screen to be on the other side.

“We needed to be able to separate him from his environment, so you have to always have a green screen behind him, especially when the wind is blowing and his hair is going all crazy.” 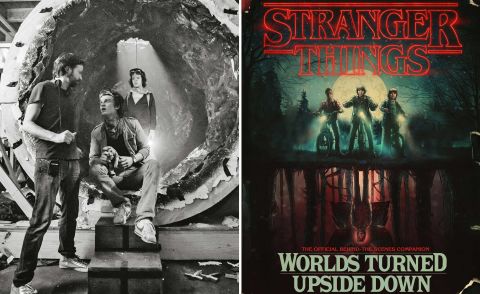 The special effects team also delve into how they conceived and constructed the Shadow Monster’s tentacle tunnels, both the drawings on Joyce Byers’ walls and the real tunnels from the Upside Down.

Stranger Things: Worlds Turned Upside Down is available for purchase today (October 30) — click here to get your copy.

Meanwhile, filming is well under way on Stranger Things 3, and Digital Spy has compiled an exhaustive list about which cast members will definitely be back on Netflix in 2019. Click here to have a look.