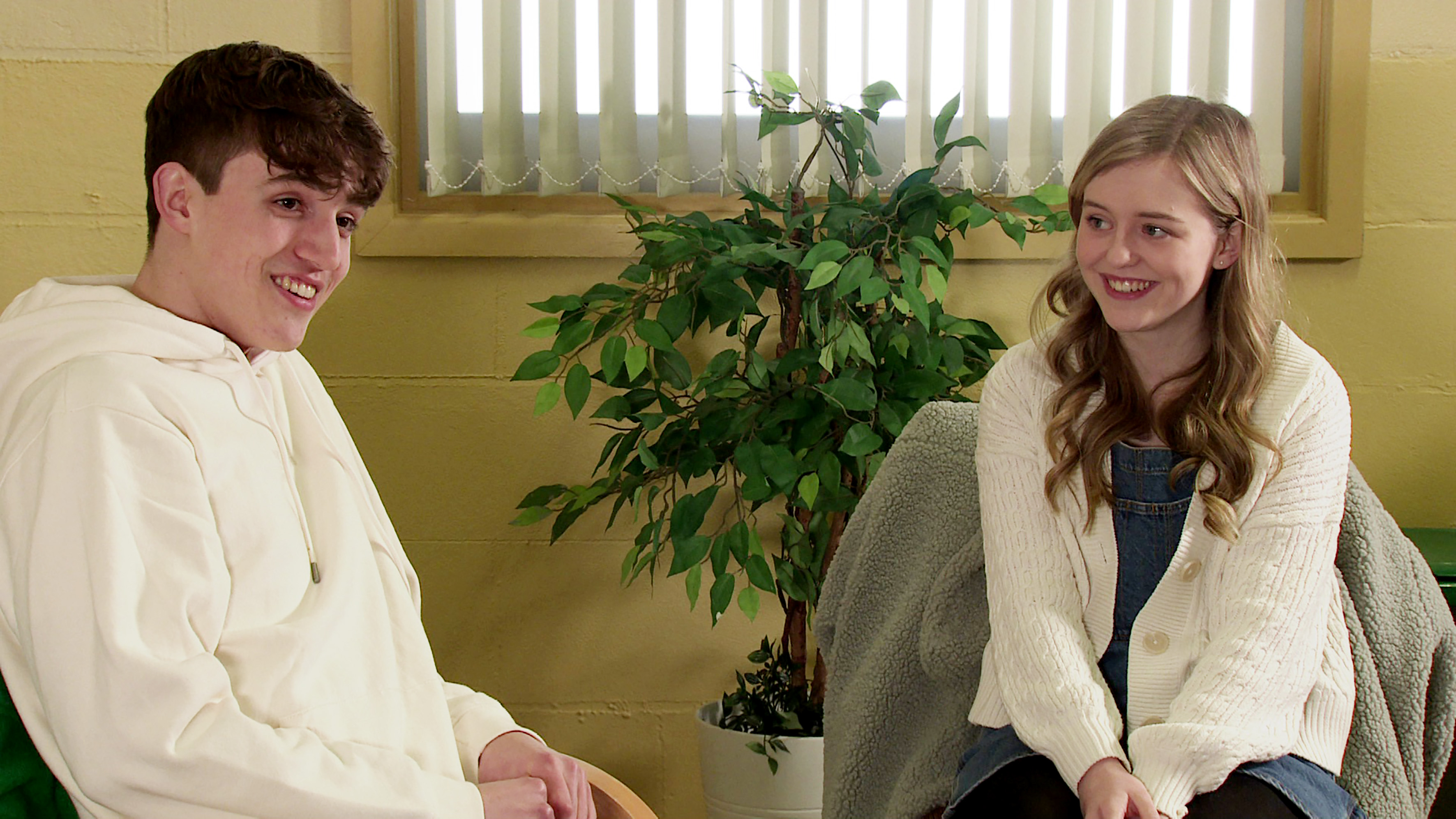 After a tumultuous week ahead for Summer Spellman (Harriet Bibby) on Coronation Street, things start looking up when she meets fellow diabetic Aaron. But is he as nice as he seems?

Billy (Daniel Brocklebank) arranges for Summer to go to a diabetic support group, after a distressing few days in which her disordered eating have seen her diabetes getting out of control and leading to her lapsing into a diabetic coma.

One of the hurdles that Summer has to face is that her illness makes her feel like she isn’t a ‘normal’ teenager like her friends. Billy hopes that if she meets other people of her own age who are dealing with the same condition she might begin to feel better about herself and get better control of her health.

Summer isn’t entirely convinced, but to make Billy happy she goes along to the group. It’s there she meets Aaron and there’s an instant connection between them. Aaron gives Summer his number, and Billy is pleased that she’s making friends.

We’ve seen on numerous occasions that Summer is a very sensitive young woman, so it’s to be hoped that Aaron really is as nice as he seems. As he’s the first person she’s met of a similar age who is also diabetic, it would be natural for her to open up to him about how she’s feeling. If Aaron has any agenda, or if he’s simply not as interested in her as he seems to be, it could send her on a spiral again.

Is Aaron one of the good guys? Or will he turn out to be bad news for Summer?