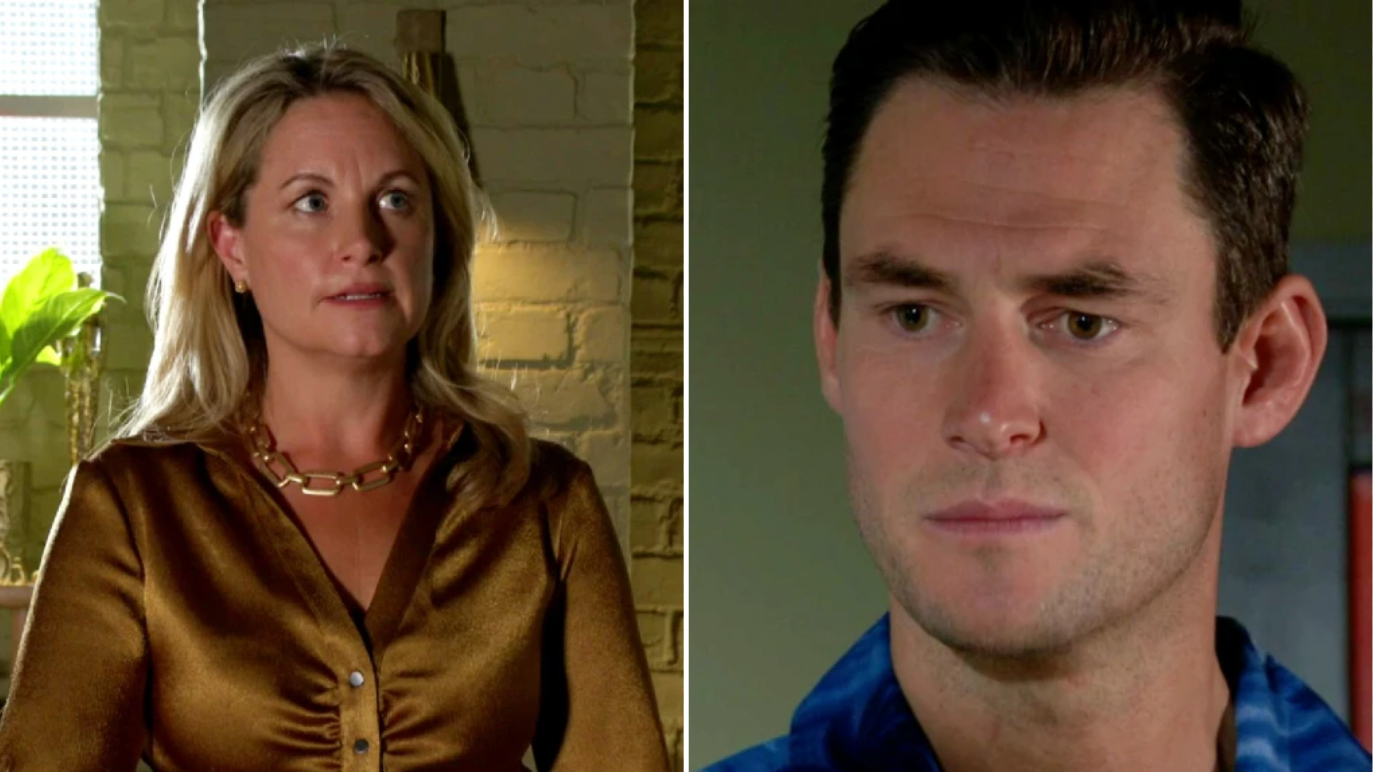 Sam Mitchell (Kim Medcalf) found herself ousted from the faaamily in tonight’s EastEnders when Phil (Steve McFadden) found out that she had allowed drug dealing at Peggy’s and told her she was no longer part of the Mitchell clan.

This left Sam desperate to find a way to get back into Phil’s good books, and when she learned from Kathy (Gillian Taylforth) that it was Lewis (Aidan O’Callaghan) who raped Ben (Max Bowden), she spied a way to redeem herself.

When Sam discovered that it was Zack (James Farrar)’s fault that Phil knew about the drugs, a guilty Zack offered to make it up to her. She knew of a way he could do just that – by tracking Lewis down and bringing him to her. That wasn’t exactly the kind of thing Zack had in mind and he tried to refuse, but Sam pointed out how much trouble he would be in if Phil found out he’d known about the drugs.

It’s not clear yet what Sam’s plan is if and when Lewis is handed to her, but she’s going to make him pay for what he did to Ben – and ultimately win back Phil’s confidence in her.

What she doesn’t know is that Phil also thought about killing Lewis, or paying Ravi (Aaron Thiara) to do it at least. ‘There’ll be nothing connecting me to it. He’ll disappear and that’ll be the end of it,’ he told Kathy. She argued that Ben needed justice rather than revenge, and that if Phil decided what happened to Lewis it would be taking Ben’s choice away from him. ‘If you want justice for Ben, we’ll do it by the book,’ she said. ‘Or not at all.’

Phil agreed – but somebody really needs to tell Sam that revenge is now off the agenda before she goes and does something drastic.