Spoilers: New romance for Bernie as she reunites with Molly in EastEnders? 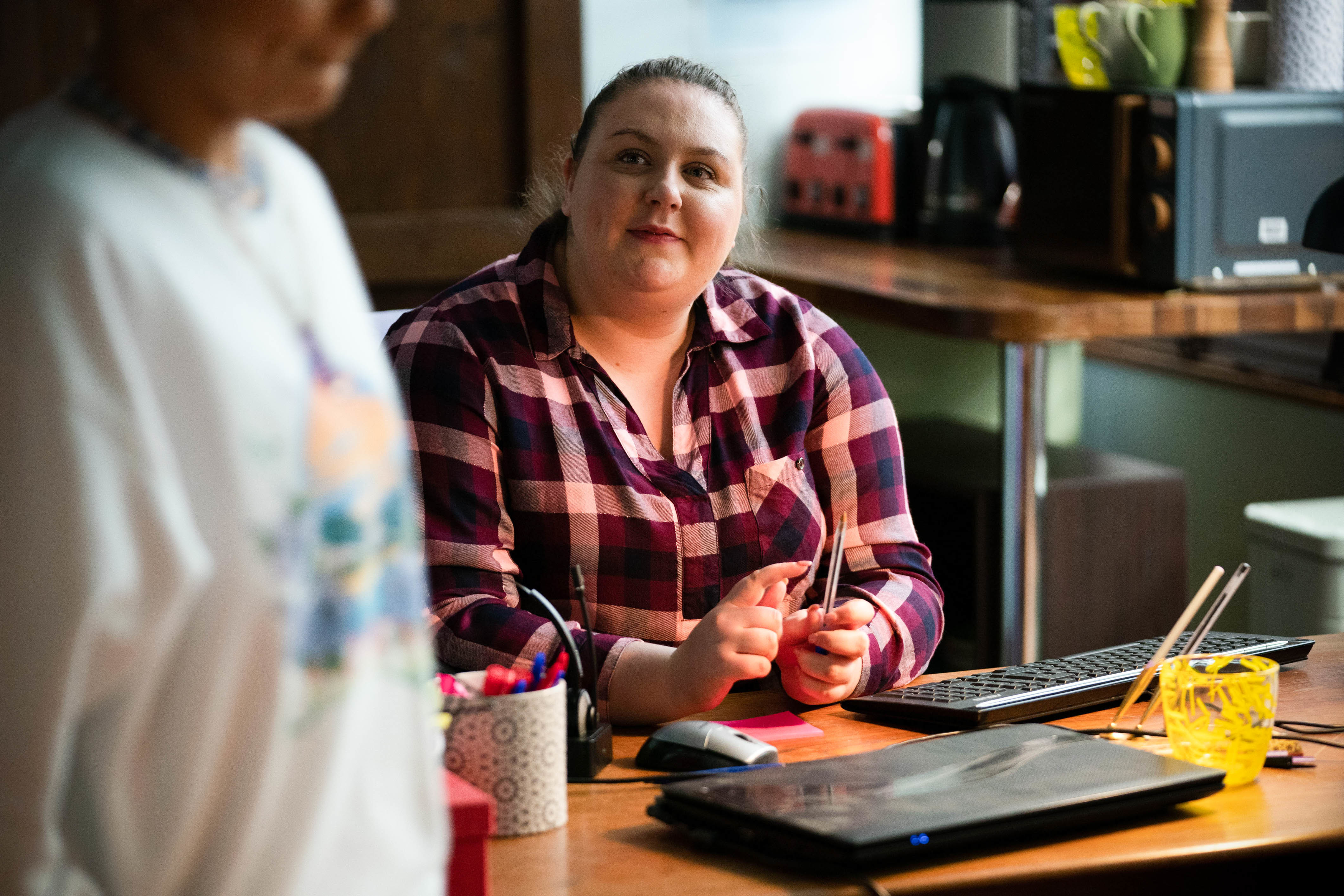 Bernie Taylor (Clair Norris)’s return to EastEnders has been dramatic, to say the least. She’d hardly set foot back on the Square before she was giving birth to baby Roland in emotional scenes, and giving the baby to Rainie (Tanya Franks) and Stuart (Ricky Champ) as per their surrogacy agreement. It’s been a lot to cope with.

Luckily there looks like there might be some happiness ahead for her, as Clair Norris told us recently: ‘With all the dark there’s a light at the end. She finds a new friendship with somebody on the Square and they build this whole friendship up. So there is a light at the end of the tunnel.’

Vinny (Shiv Jalota) offers Bernie her old job back, and when she gets there she’s delighted to see her old friend Molly (Juliette Alexandra) is there. There was a romantic connection between the pair last year, which broke down after Bernie revealed that she was going to be a surrogate for Rainie and Stuart.

Romance isn’t the first thing on Bernie’s mind at the moment, though. As well as dealing with her own feelings about giving baby Roland up, she finds herself in the middle of a storm at work when she leads a walkout over the employees’ new contracts – putting her in opposition to Vinny, Suki (Balvinder Sopal) and Dotty (Milly Zero).

Who’s going to win the war of the contracts? And will Bernie find friendship with Molly? Or could there possibly be someone else in Albert Square who will turn out to be a surprising ally?