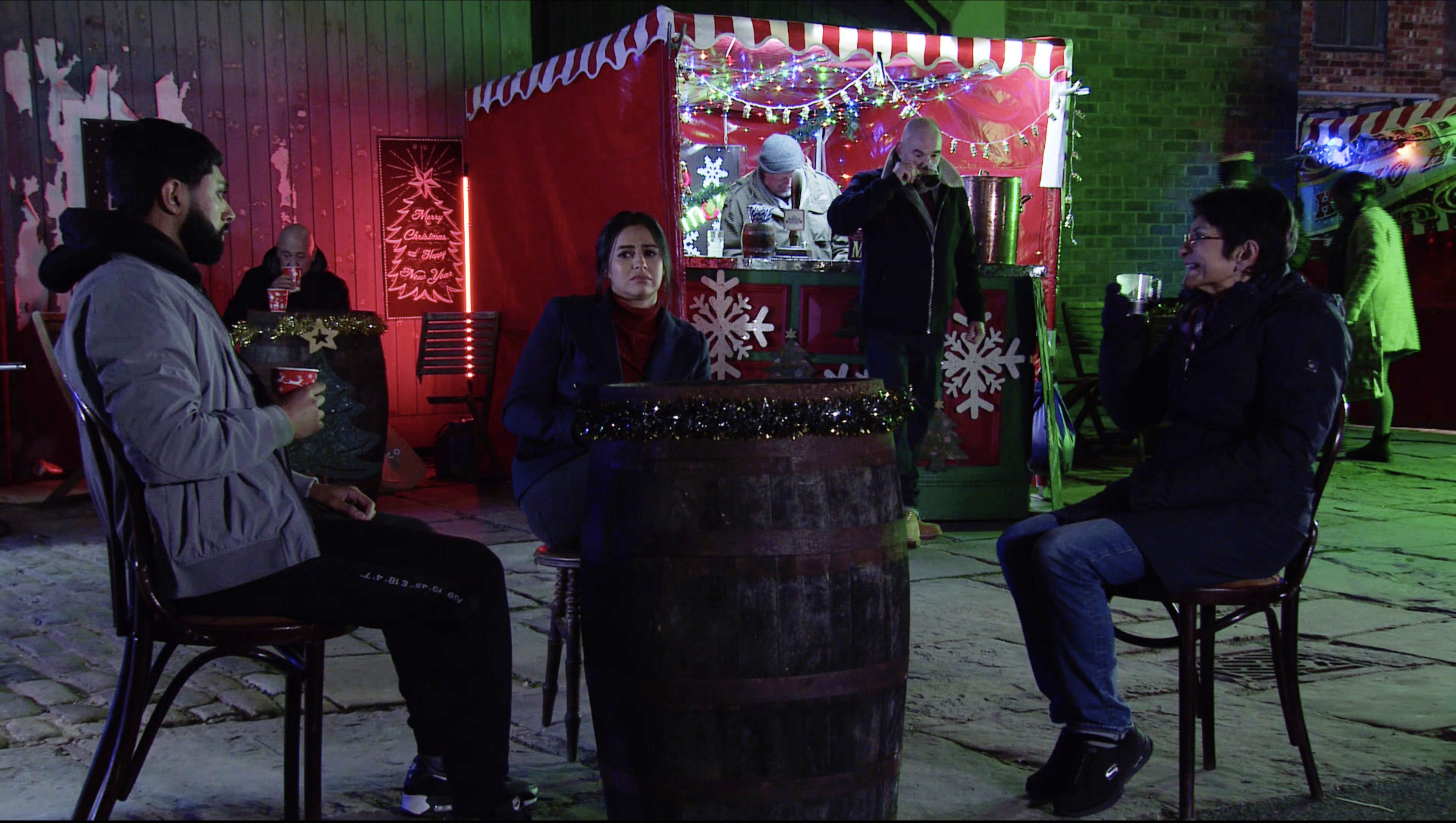 Kelly’s life has turned upside down since her release from prison a few weeks ago.

Spending time living on the streets, Kelly has found a friend in Stu, the homeless man who helped put Corey behind bars.

Coming up, Zeedan (Qasim Akhtar) meets up with Hashim, who tells him he can either burn down Speed Daal to get the rest of his money, or Yasmeen’s home.

As the restaurant is engulfed in flames, Zeedan is horrified to discover someone is inside.

Alya (Sair Khan) tears a strip off Zeedan, telling him she’ll never forgive him for the carnage that’s been caused.

In the aftermath, Elaine (Paula Wilcox) tells Yasmeen that as soon as the insurance money comes through, she wants to sell her share of Speed Daal.

Having overheard, Kelly accuses them both of torching the restaurant.

But why has Kelly made this huge accusation?

Spoilers tell us someone was trapped inside the Speed Daal fire, was it someone Kelly knows?

If this person hasn’t made it out of the fire alive, could Kelly seek revenge?