Spoilers: Jean in serious danger as she disappears with stag party in EastEnders 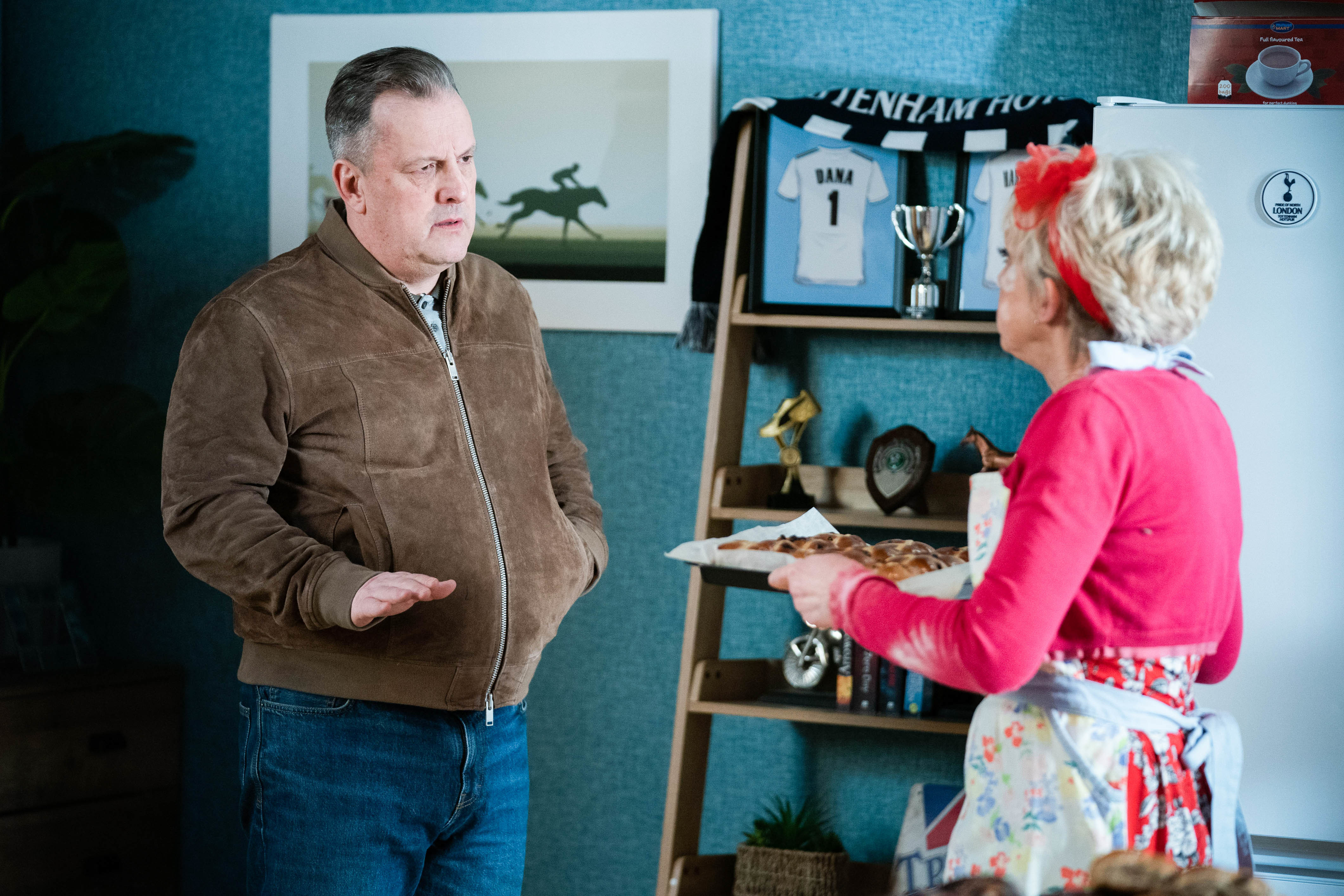 Jean Slater (Gillian Wright) headed out to party the night away during tonight’s EastEnders, as her manic behaviour continued to cause concern.

The next day, Jean acted like nothing had happened, and was back to being bright and breezy as she baked dozens of hot cross buns at partner Harvey Monroe’s (Ross Boatman) flat.

Jean was just as irritable over Sean’s intervention as she was over Stacey, and immediately brushed off her son’s questions so she could carry on baking. But it’s becoming increasingly clear that Jean is not well.

In the Square, Rocky was uncomfortable as Harvey chatted about his relationship with Jean, under the impression that he had been neglecting her and needed to make more of an effort.

Rocky then revealed to Harvey that Jean had tried to have sex with him after a few drinks the night before. Harvey was initially in disbelief, but eventually returned home to talk to Jean.

When he confronted Jean over her actions, she was hardly affected by the incident at all, and playfully laughed over how mortified Rocky had been at the time.

Harvey was disturbed by her blasé attitude as she pointed out there had been no kissing involved, before going on to moan about Kathy Beale’s (Gillian Taylforth) ‘chastity belt’ as she criticised the other woman’s rejection of Rocky.

More confused than ever over what was happening, Harvey eventually told Jean he felt they weren’t on the same page – but she headed off to get ready for a night on the tiles, announcing that they needed some ‘us time’.

But as she emerged in her party gear, Harvey explained that he wouldn’t be going anywhere with her, before calling time on their relationship.

Jean’s mood remained casual as she conceded he was right, and she then headed off to her taxi, requesting to be taken wherever the party is.

We know that Jean ends up in the midst of a rowdy stag do as the night progresses – but will the vulnerable woman be okay on her own?

Will Jean ever admit that she needs help, or is she heading into danger as she continues to do as she pleases while maintaining she isn’t ill?