Spoilers: Jamie returns from the dead for the ultimate Emmerdale revenge? 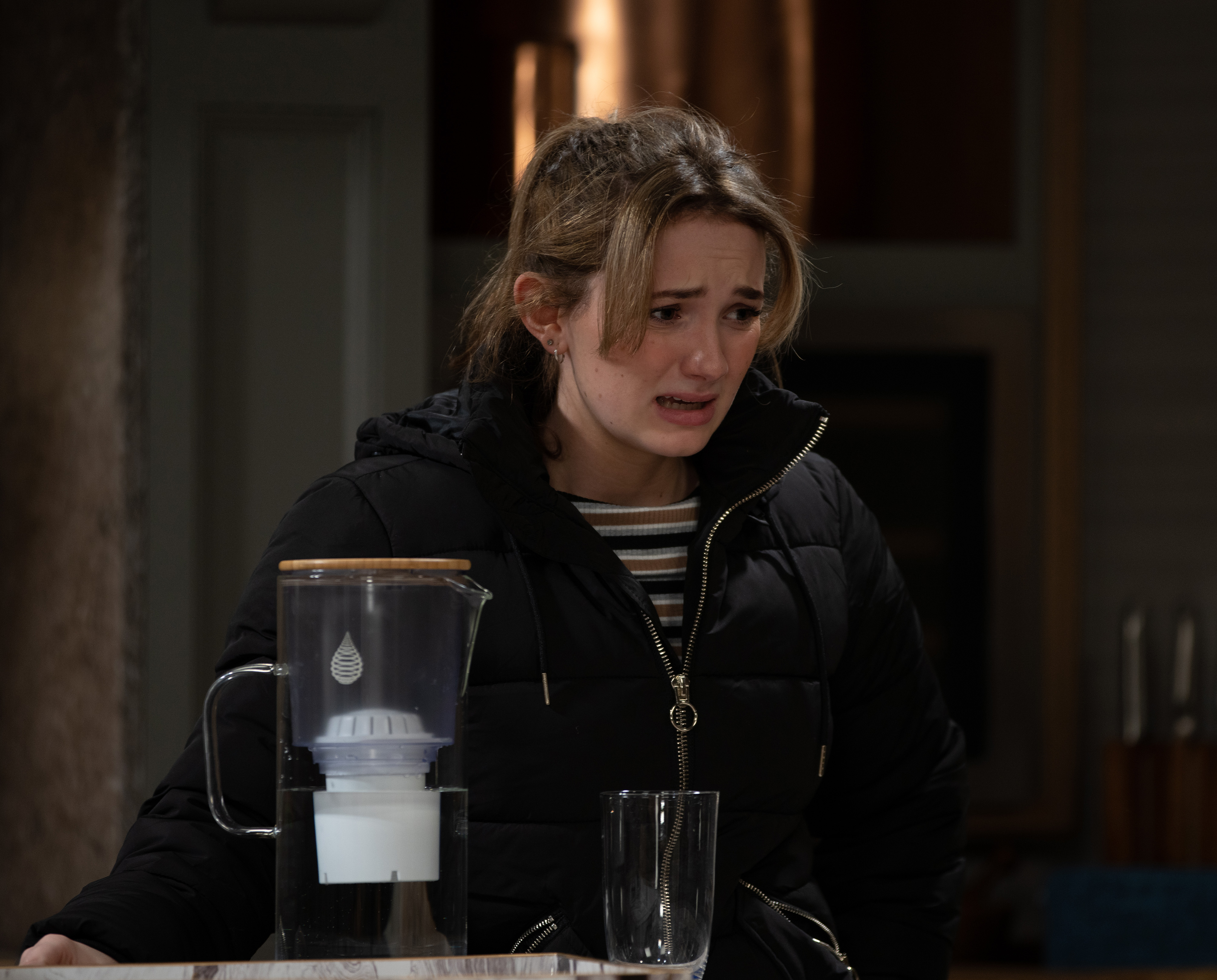 Jamie Tate (Alexander Lincoln) was last seen in Emmerdale back in November, confirming to viewers he’s very much alive after crashing his car into the river.

Jamie faked his death to be free of Kim (Claire King) and has since been living with Millie and Hazel, Andrea’s mother.

Recently, when Millie attended Thomas’ christening, she very nearly revealed to Gabby (Rosie Bentham) that her dad is still alive.

This caused Gabby to grow incredibly suspicious and since then, she’s been determined to find out the truth.

Coming up, when Billy (Jay Kontzle) and Dawn (Olivia Bromley) admit they spotted a hooded figure on the CCTV at Home Farm, Gabby’s terror mounts, knowing she’s about to be home alone all day.

Determined to protect Thomas, Gabby makes it her mission to keep a watchful eye.

But when she spots a torch outside and another image of the hooded figure on CCTV, Gabby’s anxiety increases – but is it Jamie?

Later on, someone grabs a gun from the cupboard at Home Farm – who wants to pull the trigger?

Ahead of these dramatic and intense episodes, Rosie Bentham told Metro.co.uk how she felt to be a part of this huge Emmerdale week:

‘I was really excited about this week. It’s something so different to stuff I’ve done before. I’m getting a lot of scenes on my own that really increase the fear and paranoia and I think it’ll really have the audience knowing that something’s going to happen. It just goes up and up and up.

‘There’s a lot of stuff I’ve never done before and it was really exciting to shoot.’