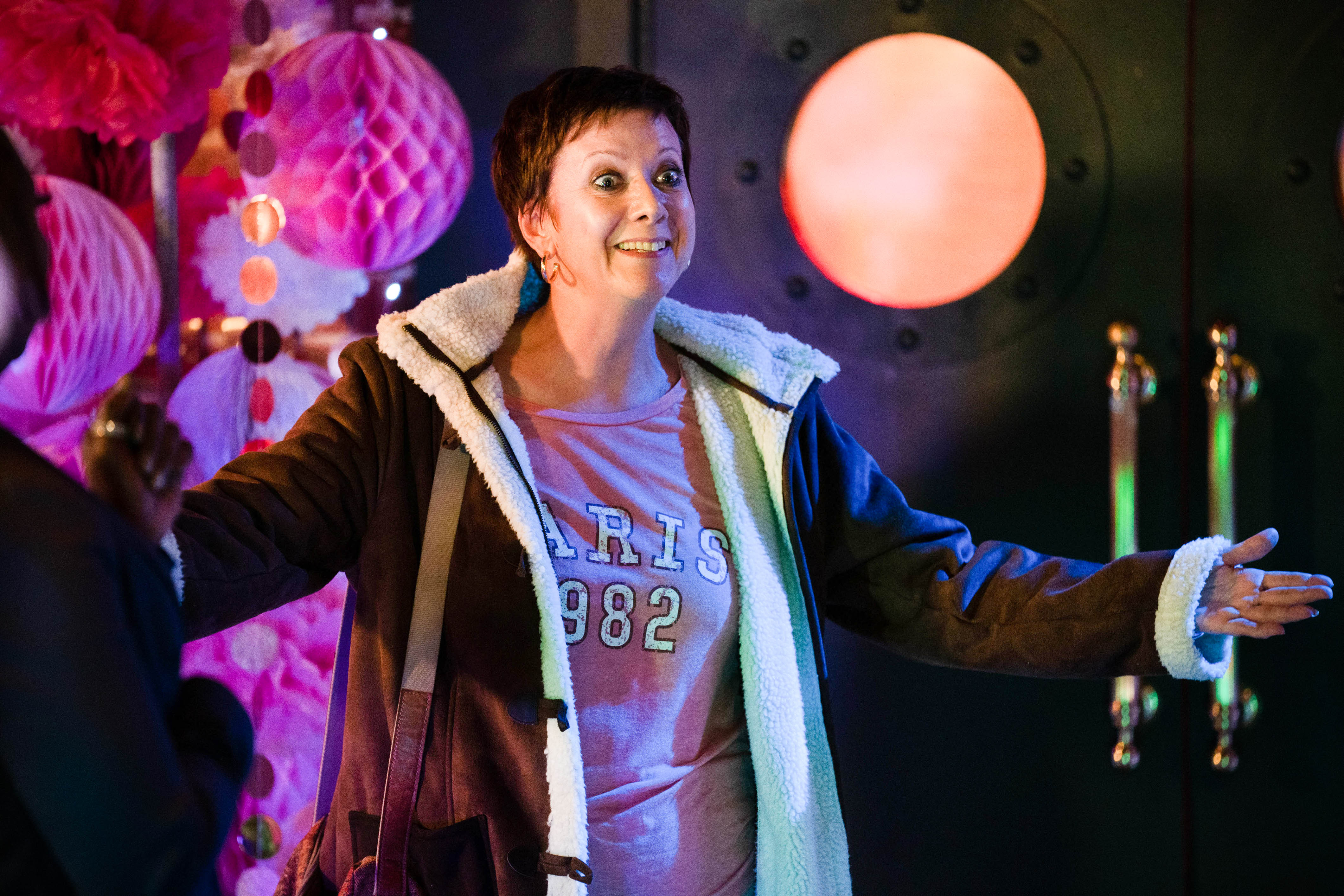 New images have been released that shows the moment Dotty Cotton (Milly Zero) comes face to face with her troubled mother Sandy (Martha Cope) in EastEnders.

Sandy’s past alcohol problems led to her relationship with Nick Cotton and once she fell pregnant, she initially kept things a secret, but ultimately revealed all to Nick while he was behind bars.

After his release, Nick took over custody and lied to a young Dotty, claiming Sandy had died in a car accident.

Sandy appeared in two episodes of the serial drama back in 2010, with actress Caroline Pegg having played the role.

Coming up, riding high after a successful relaunch event at Ruby’s, Dotty’s heart drops when Sandy shows up ready to cause chaos.

But what has brought Sandy to Albert Square?

Viewers recently discovered Terry Cant (Brian Conley) is actually Dotty’s Uncle Tom, and they’re working together to scam and steal Sonia’s (Natalie Cassidy) inheritance money, so what could Sandy’s arrival do to their plan?

Could Sandy be the one who exposes what Dotty and Tom are up to?

And what about Dotty’s past with her mother?

How badly did Sandy treat her?