Spoilers: Dawn is stunned as she gets a big offer from Rhona in Emmerdale 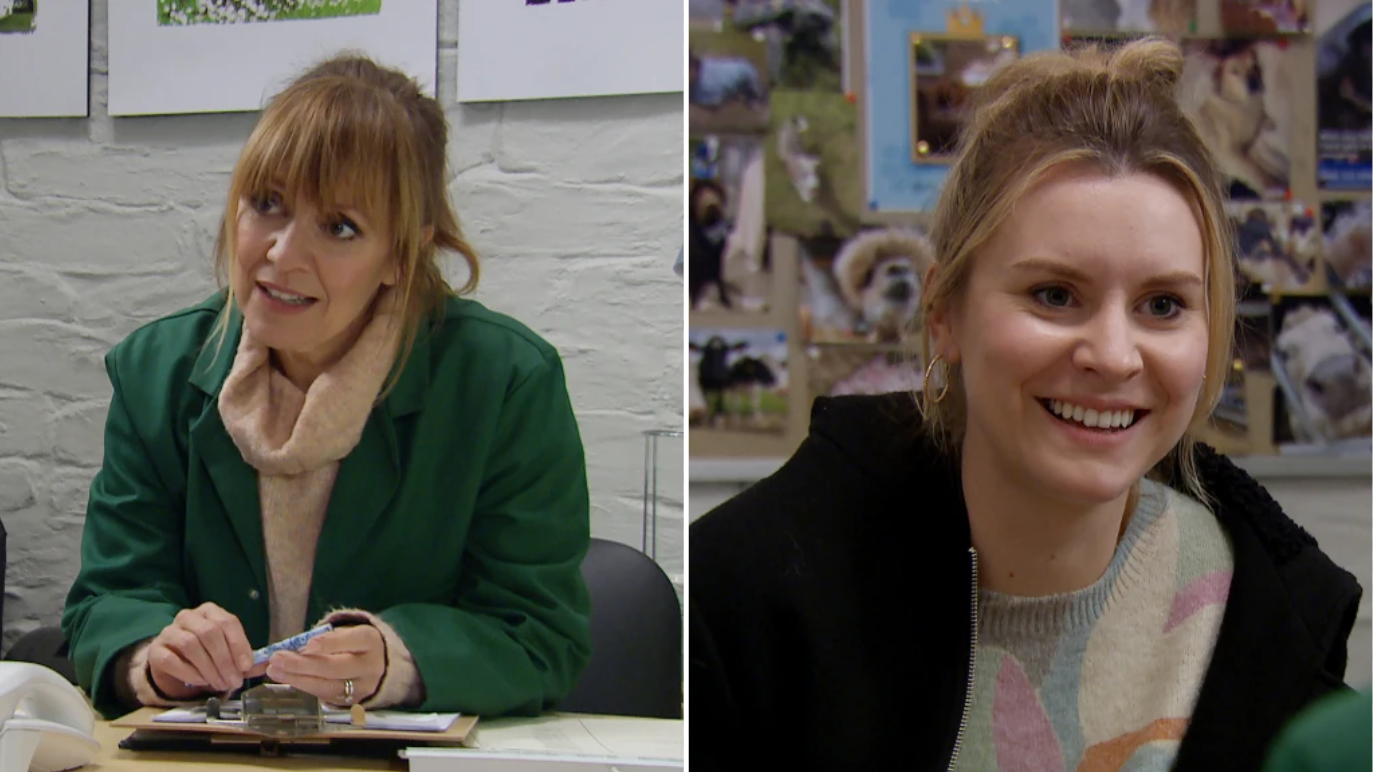 Things are looking up for Dawn (Olivia Bromley) in Emmerdale as her ex-employer Rhona (Zoe Henry) makes her an exciting offer.

Dawn had previously quit her job at the vet surgery in order to work alongside Kim Tate (Claire King), an opportunity which Rhona was quick to encourage her to take on.

But now, Rhona is back with a counteroffer, as she presents Dawn with the chance to train as a vet nurse.

Dawn is thrilled by the offer, but will she accept?

And how will Kim react?

Dawn initially accepted the opportunity from Kim after proving herself when she outed dodgy Darren (Kyle Pryor) as a liar. She told Rhona that it made sense to work at Home Farm, seeing as she already lived their.

While Rhona was pleased for her, Gabby (Rosie Bentham) was somewhat put out when she heard the Dawn had been given what she saw as her job.

However, Kim made it clear that it was not a competition between them, until she retired and needed someone to take over.

With Dawn having been presented with a new opportunity, is Gabby destined to inherit the Home Farm empire?