Good Morning Britain presenter Rob Rinder grilled the Labour MP over the trade union Unite wanting to reduce the amount of funding it gives to the party. The ITV host claimed the union was “sick and tired of” the Labour Party not showing its support for frontline workers. The heated debate on Wednesday’s instalment of the programme comes after Unite, formerly the party’s biggest single donor, threatened to withdraw its funding entirely.

Rinder began: “Now Unite, your biggest union, has reduced the amount that it is funding the Labour Party, not least because it is sick and tired of your party not supporting industrial action for the ordinary people you are referring to earlier like frontline workers who in real terms are going to see their wages reduced by about 10 percent.

“Your leader said it was inappropriate for you to join the strikes, despite that people ignored him.

“Can you understand why the unions have simply had enough of the Labour Party which doesn’t stand by them and therefore, wants to reduce the amount it’s going to give you?” 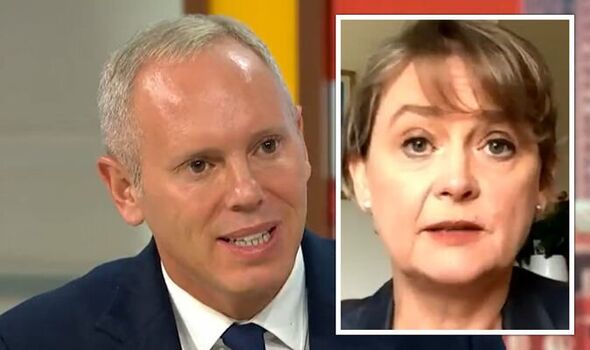