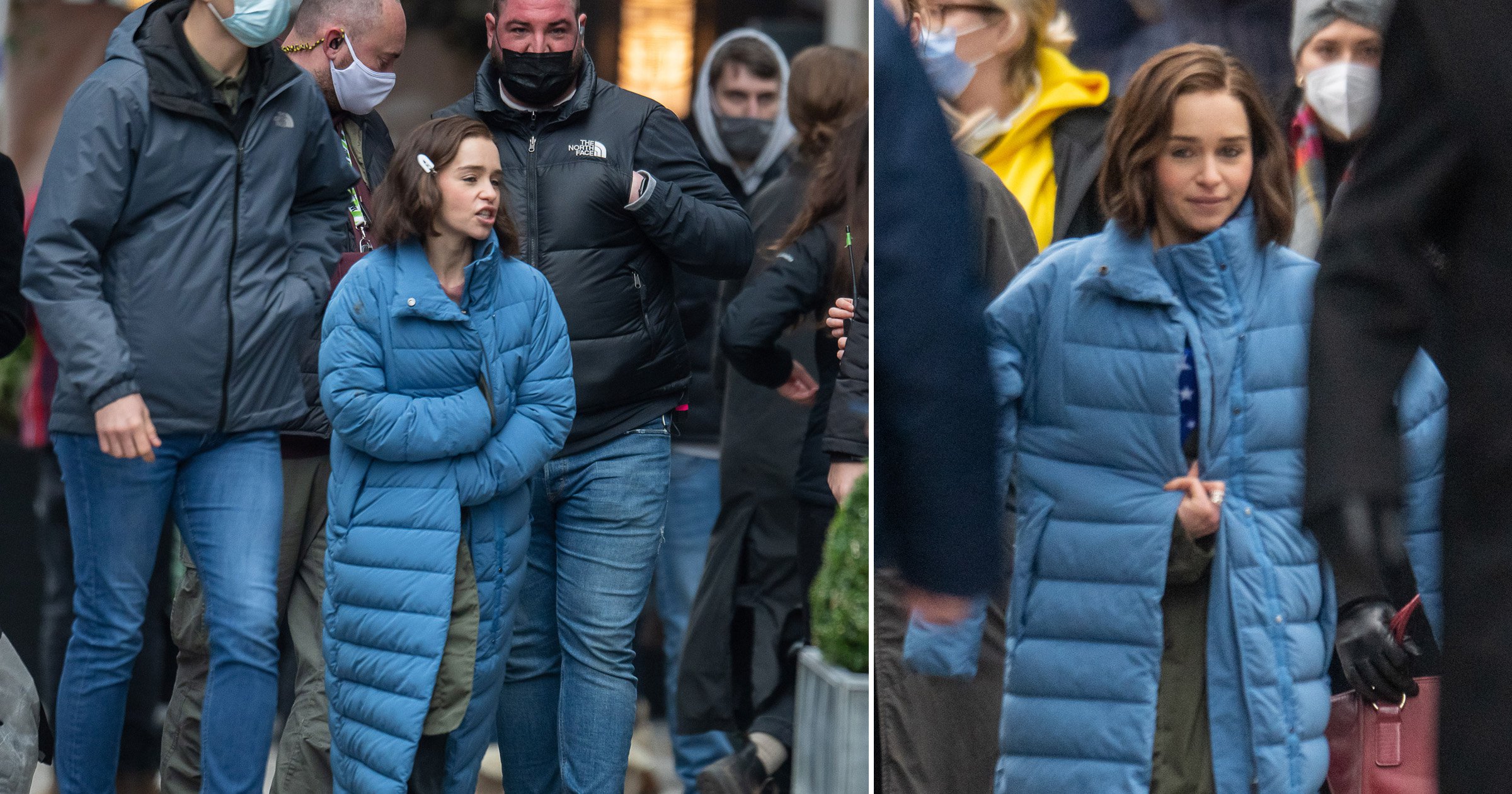 Emilia Clarke has been pictured on the set for the new Marvel television show Secret Invasion for the first time.

The Game Of Thrones actress stars alongside Samuel L Jackson and Ben Mendelsohn in the upcoming Disney Plus series, which is part of Phase Four of the MCU.

Filming is currently underway in Leeds, with Emilia photographed keeping warm in a bright blue floor-length coat over the top of a dark green jacket in-between takes.

The star’s brunette hair was styled into a bob with a white hairclip preventing the wind from blowing it into her face.

Emilia kept her hands snuggly inside her blue coat as temperatures hit lows of two degrees in the city.

The Yorkshire Evening Post reports a number of roads are closed in Leeds city centre, while a set has been created at The Piece Hall in Halifax.

The show is due to move to The Piece Hall for the rest of the week.

Secret Invasion is an upcoming miniseries by Kyle Bradstreet based on the Marvel Comics storyline of the same name.

Samuel reprises his role as Nick Fury from the film series, along with Ben as Talos.

While details of Emilia’s part currently remain under wraps, the actress told Jimmy Fallon on The Tonight Show in July that she’s ‘already scared’.

‘The first people I spoke to from Marvel were their security team and I am convinced that there is a man outside my house,’ she said on the programme.

‘There’s been a car parked there for a long time, and I swear to God, he’s undercover.’

Emilia told ComicBook.com in June that the people making Secret Invasion drew her to the project.

‘The people that are making [Secret Invasion] are what pushed me over the line to really wanting to do it,’ she told the publication.

‘I just think that everyone’s heart and heads are in the right place with this one. I just think what they’re doing right now is so exciting and so cool, and so on the cutting edge of it. ‘I feel like they’re like the Apple of this world.’

Secret Invasion is expected to premiere in late 2022 on Disney Plus.