The Walking Dead‘s new villain, played by Samantha Morton, hasn’t even hit screens yet to frighten fans. But she’s already been freaking out the crew.

Incoming baddie Alpha is played so convincingly by Oscar-nominated Samantha that even those working on the zombie story felt her portrayal was all too real at times.

And her commitment to the role clearly paid off, as leading man Andrew Lincoln revealed some behind the scenes secrets to Digital Spy and other press at New York Comic-Con.

“She’s scared the bejeezus out of all of the crew, actually,” said Andrew, who will soon leave his role as Rick Grimes on the show. 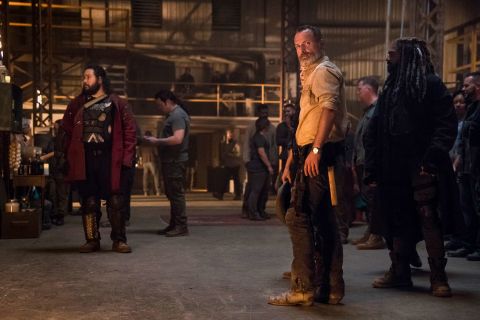 “Someone was doing an impersonation of a scene that she did, and even that scared me… I was like, ‘Oh my God, that’s really scary.'”

For a man that’s used to fighting the worst of the worst zombies, that’s quite the achievement – and according to Andrew, Samantha is excited to fill such terrifying shoes.

“I saw her on set three days ago, and she was so wonderful and loving being here. She said it’s a role of a lifetime,” he revealed.

“These kind of roles usually go to men, so that’s why she’s thrilled, and she’s giving it extraordinary attention and care. So I think we’re very, very fortunate to have her.”

Samantha’s long list of credits include box office hits like Fantastic Beasts and Where to Find Them, as well as critically acclaimed films such as Her. Now, she will take on The Walking Dead‘s biggest antagonist since Jeffrey Dean Morgan’s Negan.

Alpha is the leader of a marauding gang, known as the Whisperers, who disguise themselves in the flesh of the dead. 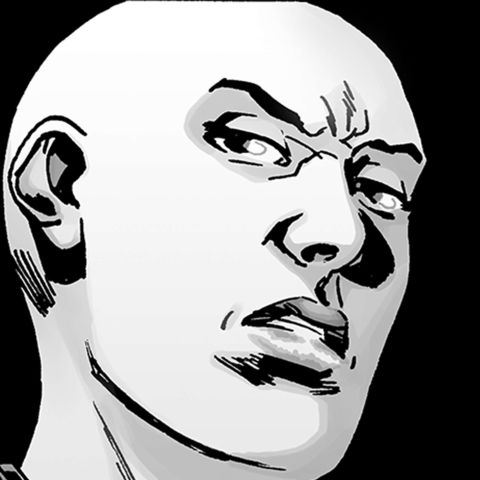 A force to be reckoned with, Alpha believes that the zombie apocalypse is part of the natural evolution for the world and heads up her society as such. Suspicions are already growing that she will prove to be the downfall of her Rick, who will depart later in season nine of The Walking Dead.

The Walking Dead‘s showrunner Angela Kang commented that Samantha has even been in the classroom to prepare for Alpha.

“She’s learned a brand new accent that she didn’t know at all,” she revealed. “She’s worked with a dialect coach.” 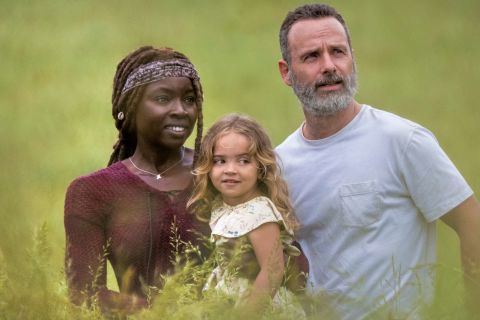 And special make-up effects artists for the AMC series, Greg Nicotero, enjoyed the challenge of creating a suitably horrifying mask for Samantha’s character.

“I’ve loved the idea of a society that wears walkers’ skins to blend in,” he said.

“I think the actors that are in the cast, they’ve really had a good time playing with her, because they can feel that commitment of: ‘I’m in it for the ride.'”

The Walking Dead airs on AMC in the US, and on FOX and NOW TV in the UK.