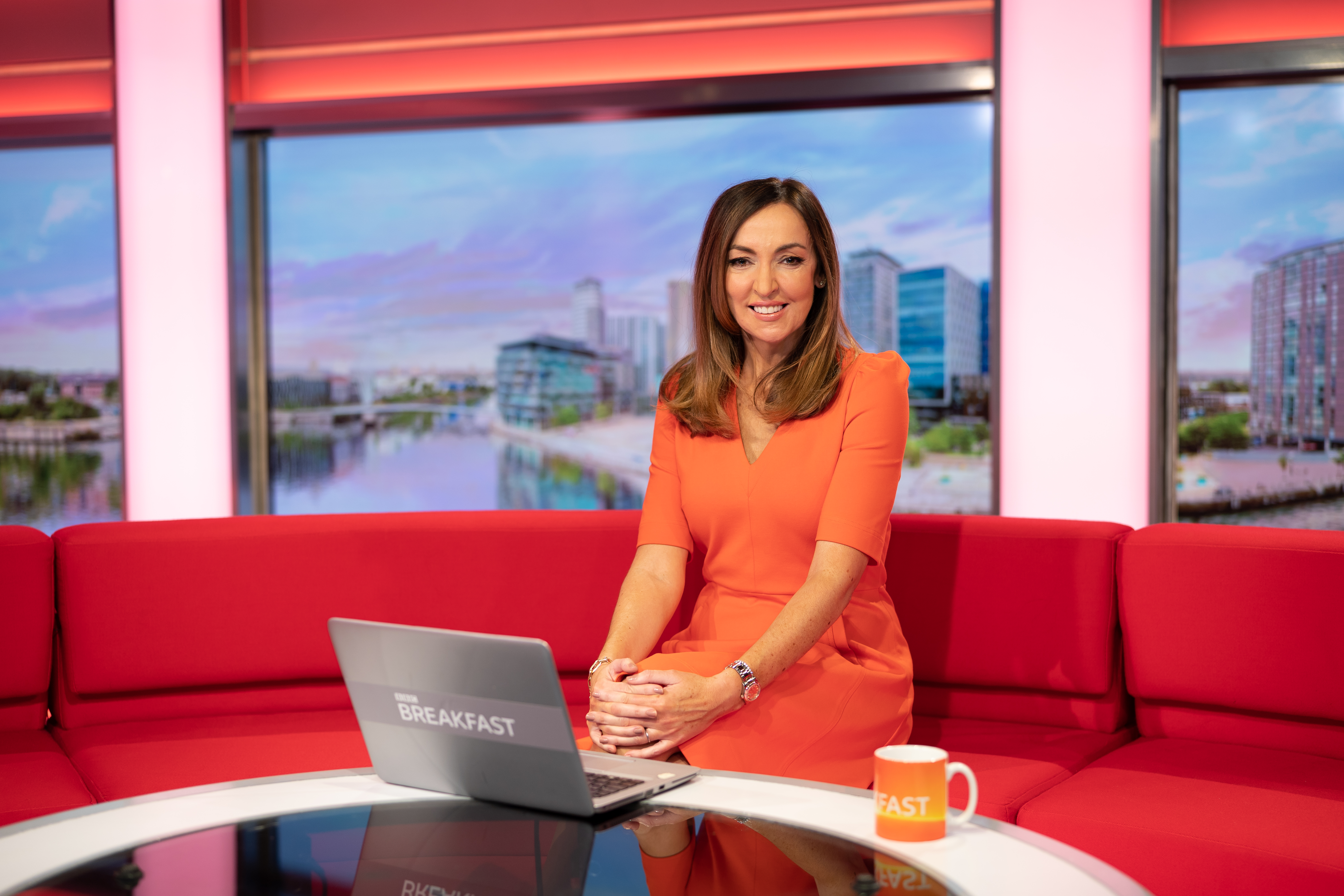 The 50-year-old has been joining Dan on the BBC Breakfast sofa since Louise’s final show earlier this year, initially joining the team as a sports presenter.

‘I’m absolutely thrilled to become the new presenter of BBC Breakfast and bring the nation the latest news, top entertainment guests and stories that matter every week,’ beamed Sally.

‘It’s an honour to take the reins from Louise and be part of the UK’s most watched breakfast show.’

Sally started her career at BBC Radio Merseyside and has previously worked at BBC North West Tonight and BBC News.

Louise departed BBC Breakfast after 20 years, and broke the news to viewers back in June.

After ‘taking a deep breath’, Louise she said: ‘This year, it will be 20 years since I first presented this programme.

Delighted to confirm Iâm joining @mrdanwalker permanently as co-presenter of @BBCBreakfast. Working with the best team in the business pic.twitter.com/GjdbjVfrSG

‘Since then I felt part of a huge BBC Breakfast family which includes everyone who works here, everyone on the team and every one of you who watches the programme. I’ve loved being part of it.

‘But. There is a but. You know about the but. I have decided that is time that I stopped setting my alarm for 3.40 – sometimes when I’m feeling really rebellious, 3.46 – in the morning, and I’m going to be leaving the programme.’

BBC Breakfast airs weekdays at 6am on BBC One.