Roleplaying as a secretary and his CEO, rumours of swinging and referring to themselves as 'life partners': inside Will and Jada Pinkett Smith’s free-for-all marriage

But as Will cries and laments his failures as a husband on TV, we reveal the secrets of their wild marriage. 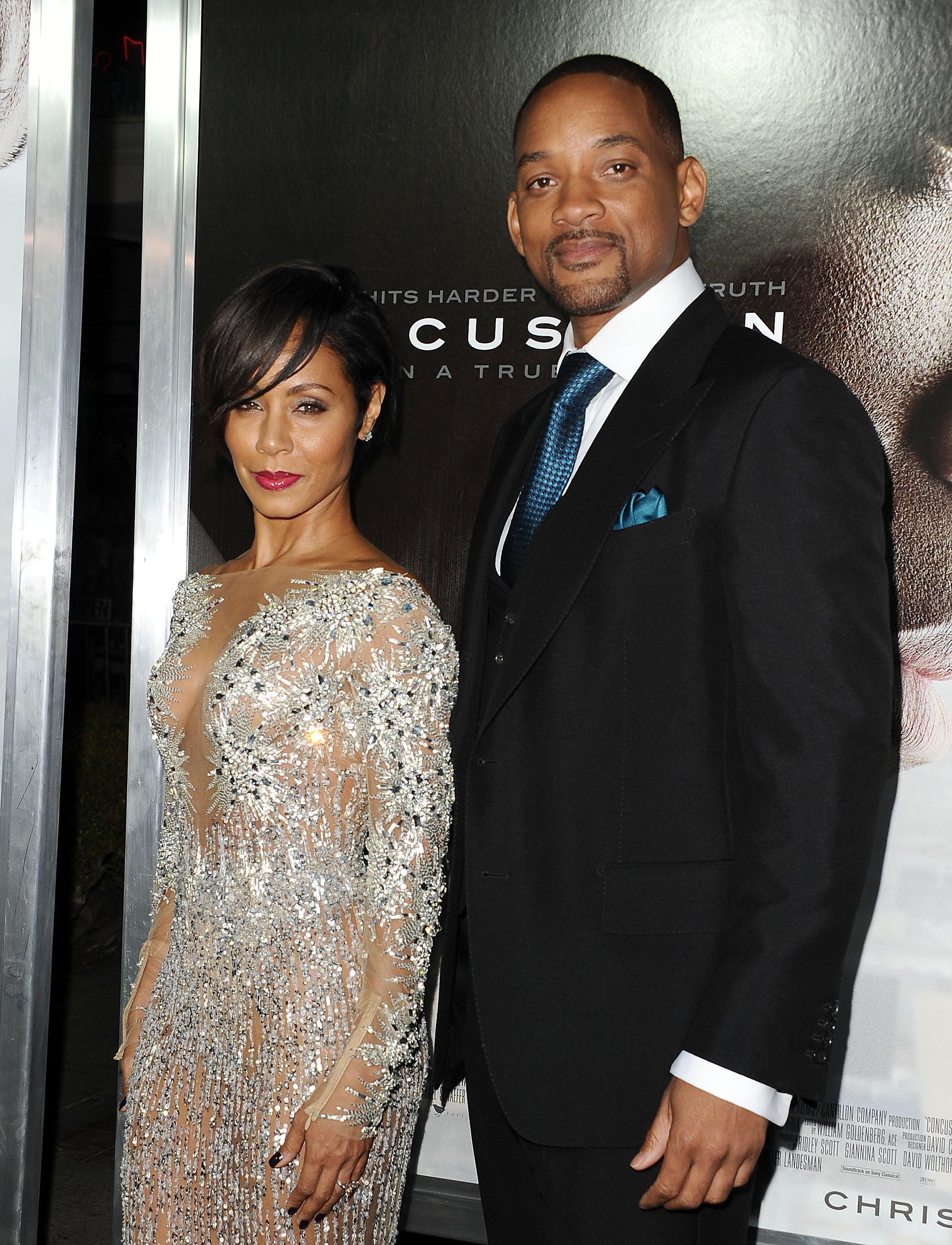 Jada – who has admitted that she has had "lots of experience with sex toys" and that during an "exploration state" while abstaining from men before dating Will she was giving herself five orgasms a day -said that her and Will keep things spicy by being adventurous when it comes to sex.

The actress said "nice outfits and high heels" was a part of this, but they also liked to indulge in raunchy roleplay.

“Think of places outside that are comfortable to have sex. Does he have access to his office? Have a fantasy date. Be his secretary," she advised.

“Anything like that can keep it going. Anything it takes to keep the flame alive.” 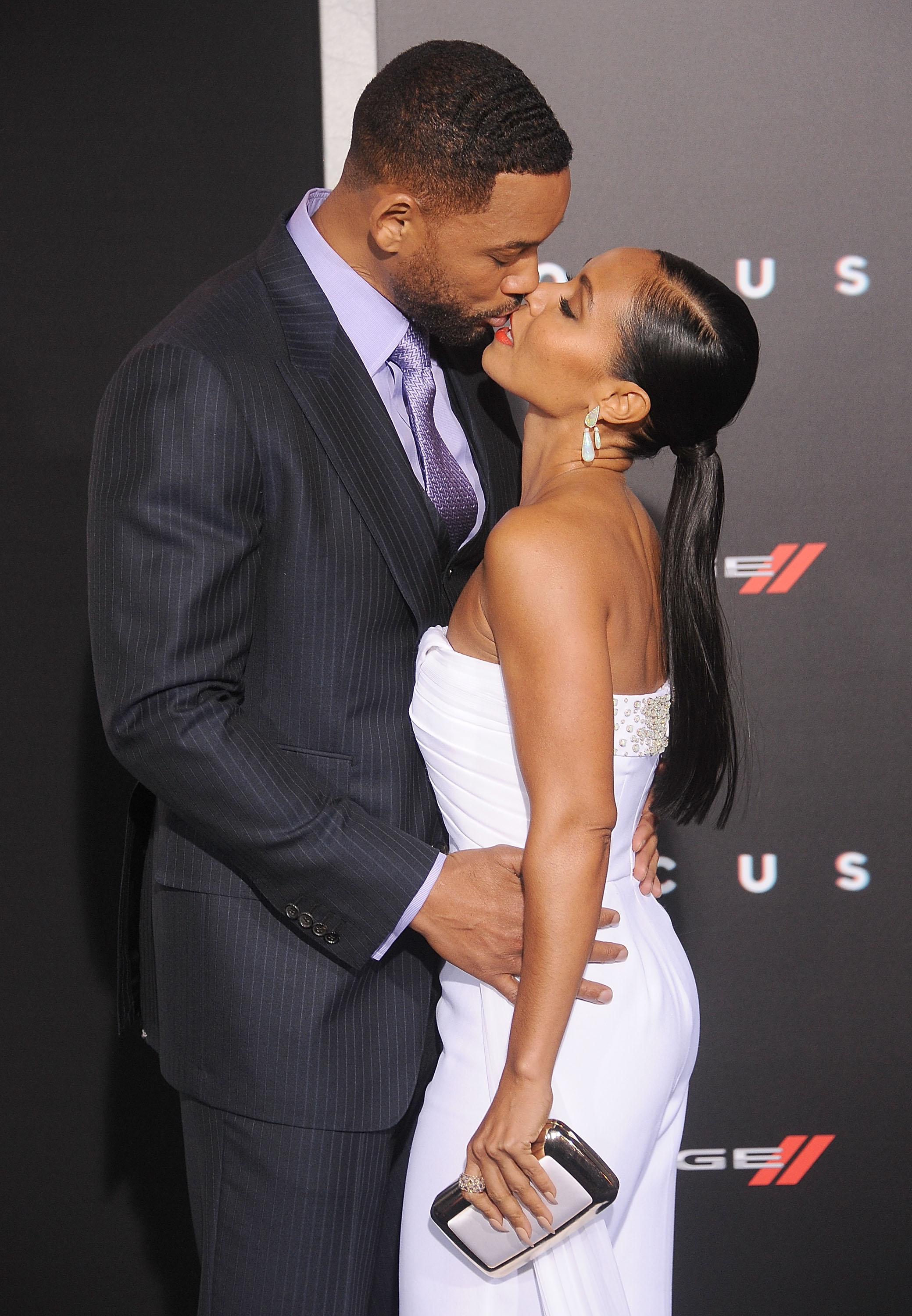 Will has said Jada enjoys watching his on-screen sex scenes, saying that she is a "little freaky like that".

And she's also previously admitted that she had a sex addiction, saying on Round Table Talk that "when I was younger, I definitely think I had a sex addiction of some kind, yes, that everything could be fixed by sex. You know what I’m saying?'" 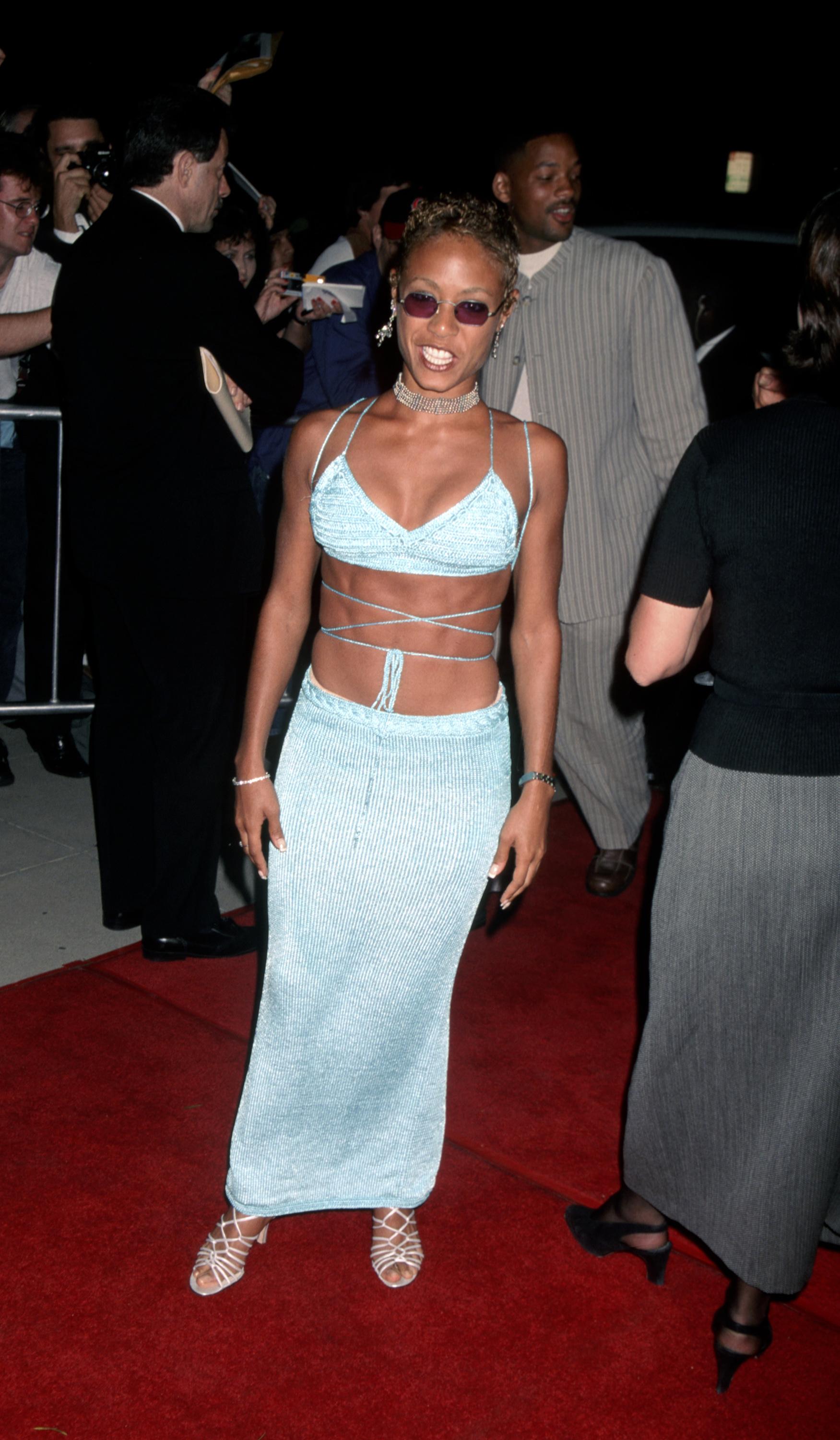 Rumours that Will and Jada enjoy group sex have dogged the couple since they first hooked up in the 90s.

When questioned about it on a US TV show, Jada said: "The craziest rumour? "That Will and I are swingers. It's constant! 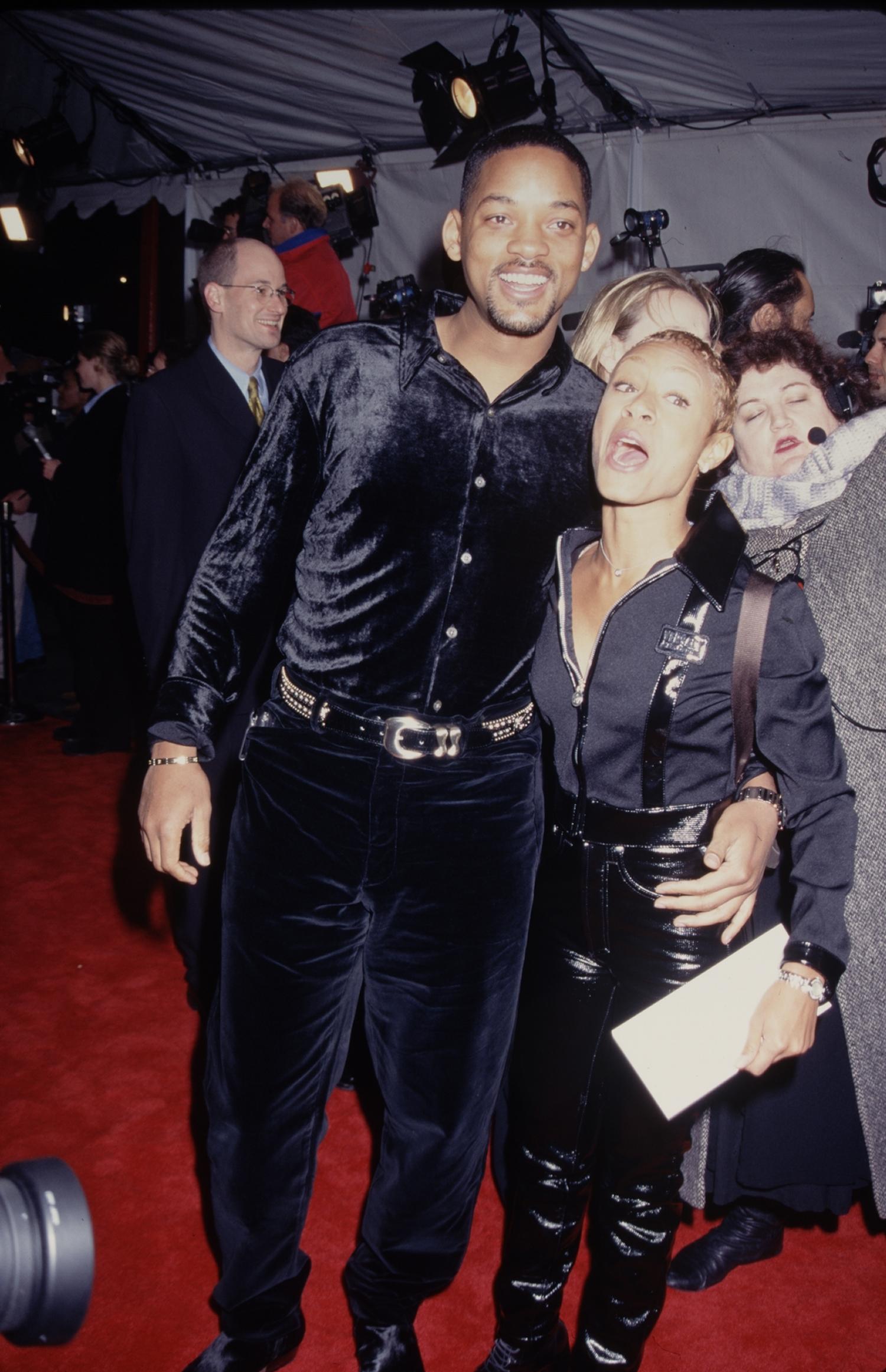 However, the pair added more fuel to the rumours by alluding that their relationship is in fact an open one.

In 2005, Will told the New York Post "in our marriage vows, we didn't say 'forsaking all others'.”

He then continued with "If it came down to it, then one [spouse] can say to the other, 'Look, I need to have sex with somebody. I'm not going to if you don't approve of it — but please approve of it'." 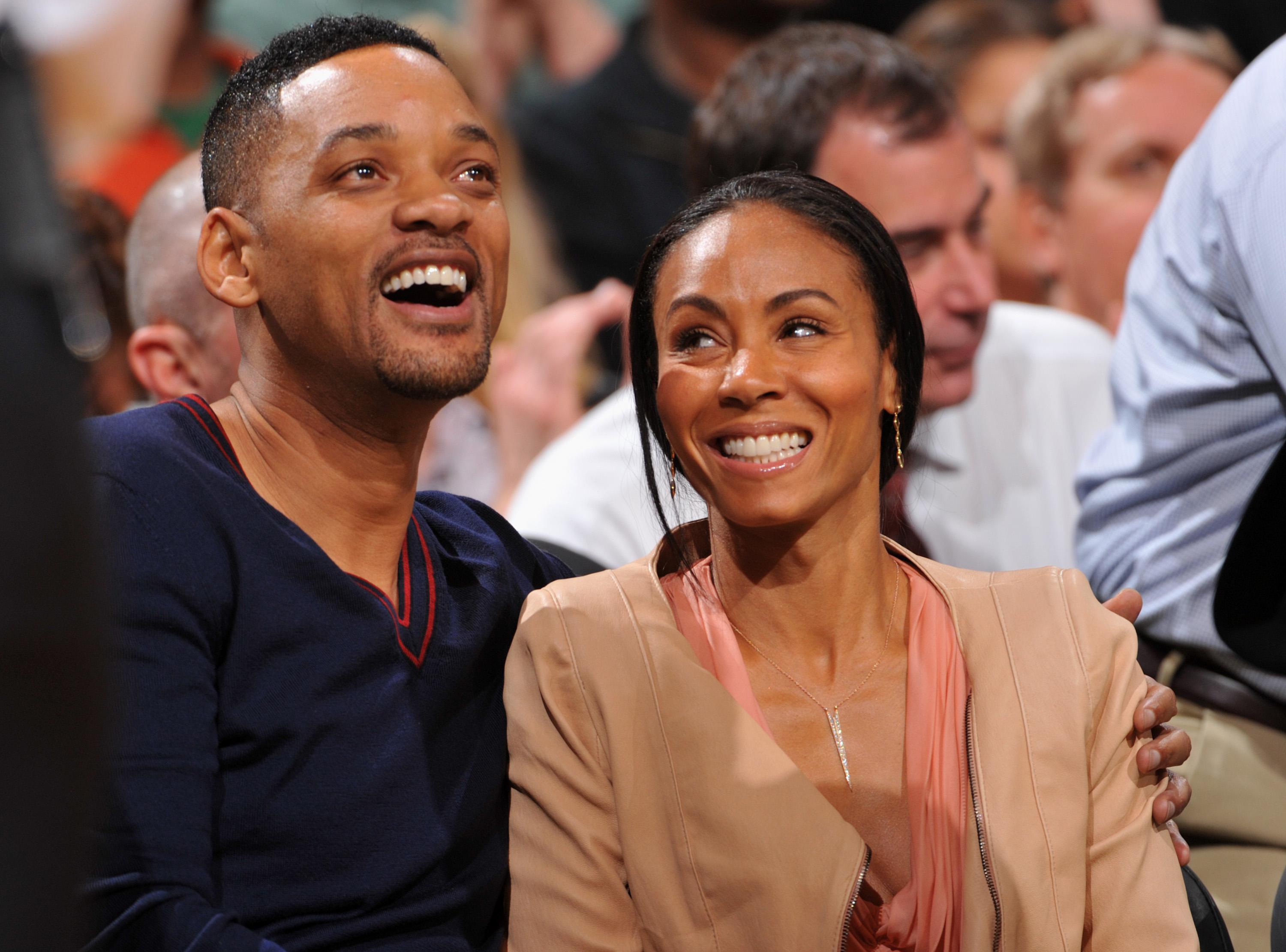 Jada seemingly backed up Will’s marriage confession during an interview with HuffPostLive in April 2013 saying that “Will is his own man. I'm here as his partner, but he is his own man.

"He has to decide who he wants to be and that's not for me to do for him. Or vice versa."

Let me first say this, there are far more important things to talk about in regards to what is happening…

US InTouch magazine made the explosive claim back in 2011 that Will found Jada with Jennifer Lopez’s then-husband Marc Anthony at their Hidden Hills mansion in Los Angeles.

At the time, the magazine reported sources saying the co-stars had ‘insane chemistry’ between them on the set of their short-lived TV show drama, Hawthorne.

Jada reportedly briefly moved out of the family home the next day after being caught out by a furious Will. 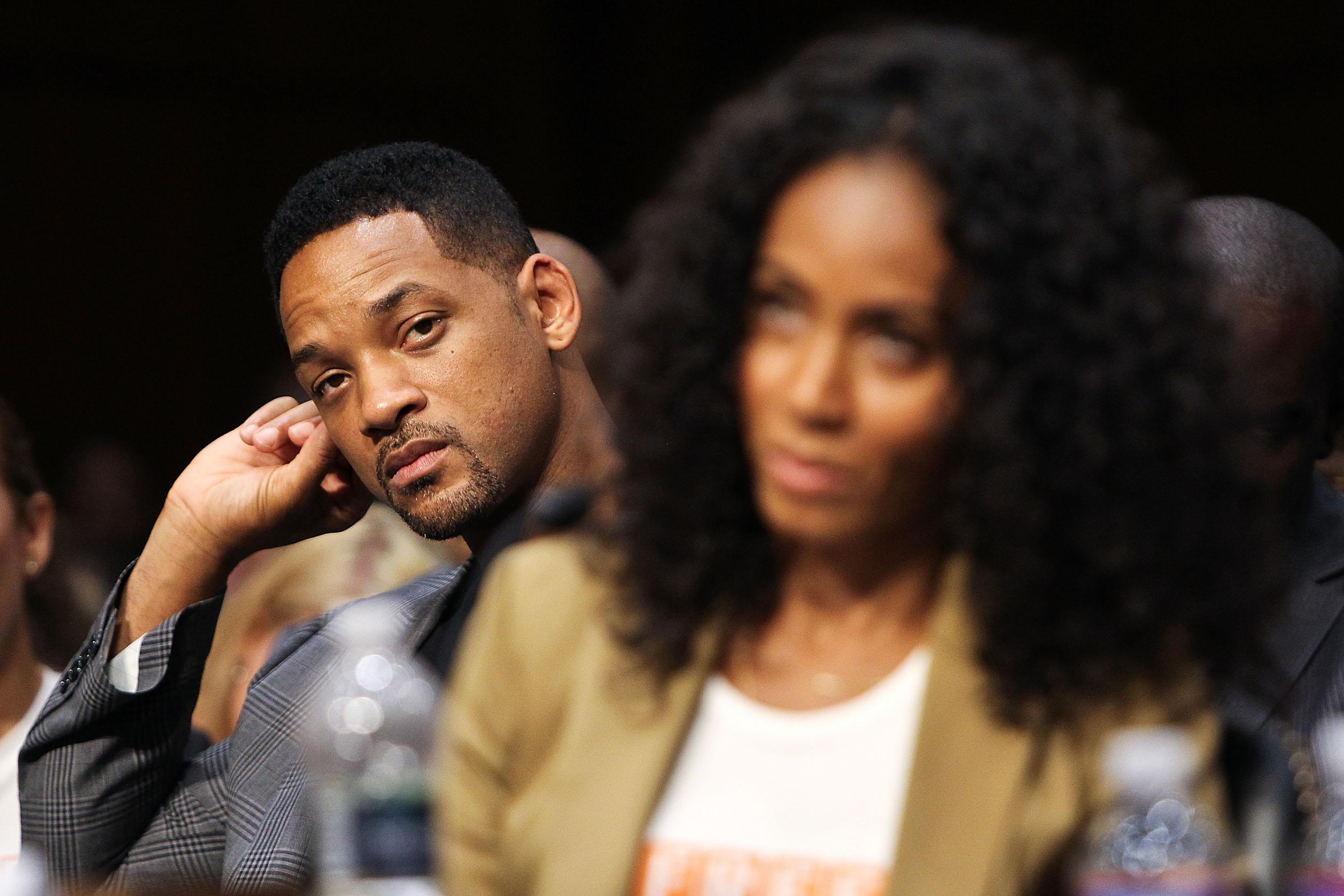 This wasn’t the only celebrity liaison to circle the couple with reports of Will having it off with his Focus co-star Margot Robbie in 2013.

This was was fuelled by US mag Star’s explosive cover story of both co-stars appearing together in comprising photos taken in a photo booth, following a string of reports that the co-stars were getting too close.

The set of racy pictures included the Australian beauty lifting her top to reveal her bra and Will showing his bare chest.

It was reported that the fun didn't stop in the booth, with Will carrying the blonde bombshell back to his trailer after taking the playful yet raunchy photos. 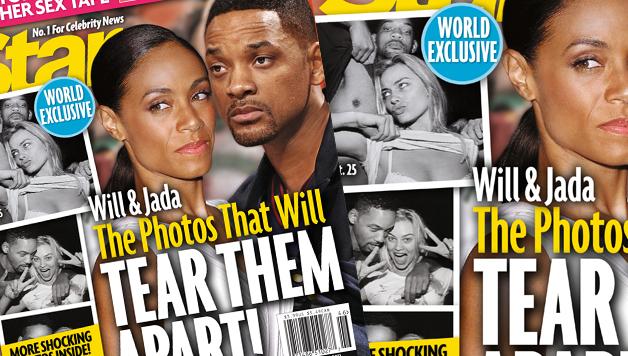 Even though Jada didn't get the Fresh Prince of Bel Air role way back in 1994, she maintained a close friendship with Will.

This blossomed into romance the following year, despite Will still being married to Sheree Fletcher, mother of his son Trey, now 25.

When discussing the scandal surrounding Will being a married man when they first hooked up, Jada said: "he was div" before following with "the 'forced' hadn't happened yet." Will divorced the same year their relationship became official.

Jada and Will cemented their relationship on New Year’s Eve in 1997 with getting hitched in a private ceremony in Jada's hometown of Baltimore.

She was two months pregnant at the time with son Jaden, now 20.

Willow's first introduction to sex came as a teenager, when she walked in on her famous parents doing the deed.

She said on her mum's chat show: "I was going downstairs to get some juice and I saw for a little moment and I ran away. I was like, ‘Oh my God, this is so crazy. What did I just see?'”

But she said she treated the situation as if her mum was meditating. "It’s like, when Mommy’s meditating, don’t get into her business.”

“Especially after being in a union for as long as I have been. It gets deep."