Right med Fred: Freddie Highmore on the challenges of being The Good Doctor

The commercial power of medical dramas speaks for itself: television history is replete with exemplars of the genre, everything from St Elsewhere to ER, the venerable soap opera General Hospital – a demonstration of longevity, if not ambitious writing – and, of course, Grey's Anatomy. 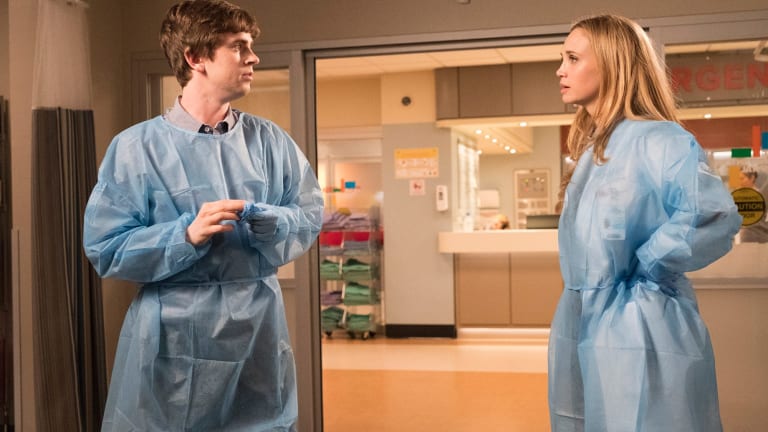 The Good Doctor fits the brief in many respects in the telling of strong medical procedural stories peppered with a cast of richly drawn characters. But it also possesses a tenderness which is rare for commercial drama, let alone one which has become a ratings winner.

The show's focal point, Dr Shaun Murphy (Freddie Highmore), a surgical resident with autism and savant syndrome, was last seen grappling with a potential professional malpractice charge and the mortality of his beloved mentor Dr Aaron Glassman (Richard Schiff) who was diagnosed with an inoperable tumour.

"Both of those things will heavily dictate the way that Shaun is engaging with others at the start of this season," actor Freddie Highmore says. "They're used to the relationship with Dr Glassman being his mentor and teaching Shaun and being there for him and supporting him when he needs it and it will be interesting to see those roles slightly reversed.

"In terms of the mistake that Shaun made, I think that will be dovetailing with this new world order, a new power structure at the hospital with Dr Andrews' [Hill Harper] rise to presidency," Highmore says. "And I think though Shaun has done much in the first season to prove his worth at the hospital, he's gonna have to do that all over again now that Dr Andrews is at the helm."

Unusually for a series, where the showrunner and lead writer writes the first and last episode of each season, Highmore was gifted the opportunity to write the first episode of the show's second season. He will also direct an episode later this season.

Highmore says the three processes remain very distinct for him. "I guess arguing with the writer was more difficult when it was just myself, but it was a wonderful opportunity," he says. "I had got to do it on Bates Motel and [The Good Doctor executive producer] David Shore was very generous in allowing me to do it again.

"To write the first episode was a huge surprise and an honour," he says. "I got to spend a good month or so in the writers' room and contributing that way before going off and starting to write. David Shore certainly took me under his wing. I can't imagine a better set of people to have been able to learn from."

The new season also puts Dr Murphy on the path to conflict with an ambitious new doctor, Dr Morgan Reznick (Fiona Gubelmann), who comes into the hospital keen to unseat its young medical star and tackles Dr Murphy in a professionally combative manner.

"What's interesting is this idea that Shaun is a lovely, good person; I think he wants to do the right thing, and wants to help people but, sometimes he can go about it in the wrong way, and it can be frustrating for characters who are trying to help him if he refuses to, or can't, see their point of view," says Highmore.

"I think this season we'll see the effects of people being a little bit frustrated by Shaun and how he can be difficult," Highmore says. "And that might be because he has autism, or it might not be. Trying to dig out those nuances I think is important."

There is a risk, Highmore says, in depicting Dr Murphy as an angel or saintly figure. "Or even as a superhero," Highmore adds. "He is not a superhero and hopefully what the end of last season does is it reminds people that Shaun is going to make mistakes.

"And the mistake Shaun made in the last episode was probably due to the fact that he had autism and he's going to have insights that others won't be able to, or see things that others can't," he says. "But it also means that he has certain weaknesses that we don't shy away from talking about and explaining."

Ultimately, Highmore says, the series narrative is an exploration of the thesis that because of his strengths and despite his weaknesses, Dr Murphy belongs at San Jose St Bonaventure Hospital. "That's what the show is about, it's about proving that thesis," he says.

"But that doesn't mean that there aren't complications, that doesn't mean he's not made mistakes," Highmore says. "He's not a superhero, he's a human being, he's going to mess up, he's going to have good days and bad days. And some days he'll be more tired than others days and he'll be unfocused because of something in his personal life. And all those things are going to affect the way he works."