The telly-fave made the commando confession while discussing female shapewear. 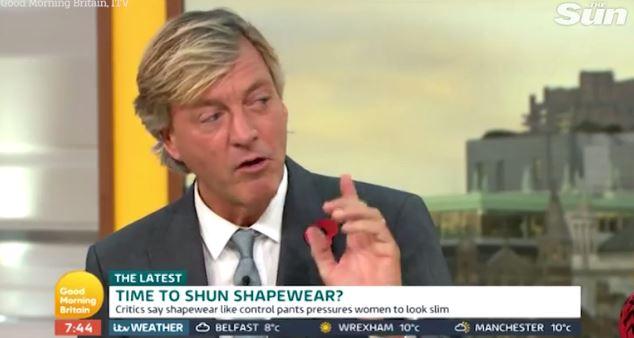 Richard, 62, shocked viewers when he casually announced that he hasn't "worn boxer shorts for about a decade".

The telly host was joined by Hayley Hasselhoff and blogger Jessica Jones to discuss hold-in pants, as made famous by lovable heroine Bridget Jones.

Richard started by saying: "We're all human beings, we have bodily functions and everything.

"In the last commercial break I went to the loo and came back."

He then turned to his co-host Charlotte Hawkins and asked: "If you'd gone would you have got back in time?"

She affirmed she would have before fellow host Kate Garraway went into more detail about some of the different styles of female shapewear.

Prompting Richard to joke: "Well they told me this week was going to be an education."

And Kate quipped back: "I thought you went commando."

"It's just much more comfortable."

Richard then reassured the ladies: "Mind you I do shower regularly." 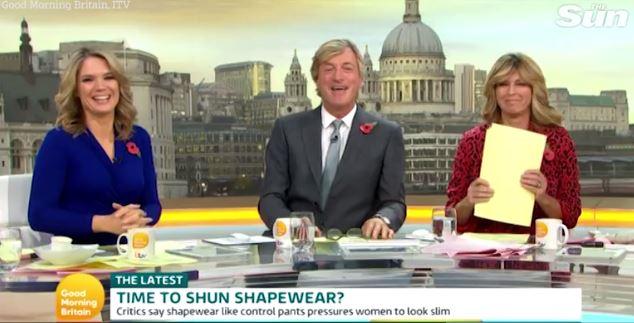 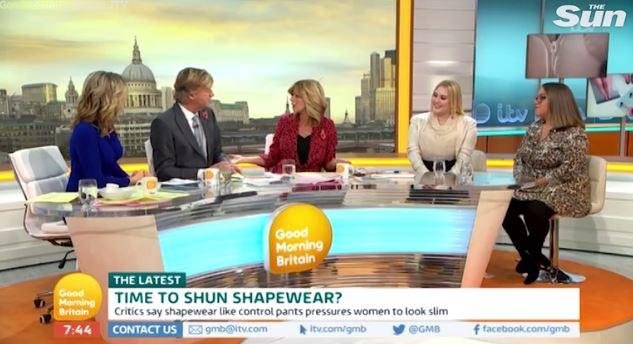 And fans took to Twitter to air their shock at such the early morning confession.

While another said: "I did NOT need to know that Richard goes commando."

And one user was so startled that they were put off of their breakfast, saying: "I really didn't want to have to consider Richard going commando while attempting to digest my brekkie."

Richard's confession comes after fans accused the over-sharing presenter of turning into Alan Partridge – after he put on a hilarious fake French accent to introduce a guest yesterday.

Viewers were left in stitches as Richard, 62, presented the show with Susanna Reid while standing in for Piers Morgan and chatted to former Coronation Street villain Brian Capron.

As the hosts prepared to chat to Brian, Richard said: "Brian Capron, or maybe I should say, 'Caprrron', as his dad was French, he was just telling us."

Richard then added, with French flair: "Let's remind ourselves of his reign of terrurrr."