Review: All-new Doctor Who is different in almost every aspect

"Are you a doctor? Shame. I'm looking for a doctor."

Like a rough dozen or so actors before her, give or take a spin-off movie or standalone special, Jodie Whittaker's female Doctor Who lands in her first episode with a crash, a tumble and the kind of witty disorientation which has kept the character sharp for decades.

Playing off a gimmick created in the 1960s when actor William Hartnell became too old to continue in the series, each weary-bodied Doctor "regenerates" into another.

Depending on how old you are, your childhood was perhaps even defined by one Doctor Who in particular, typically just marked by the actor's surname: Pertwee or Baker, Davison, or more recently, Tennant or Smith?

Those face-flips are typically tagged as reboots but in truth they are simply refreshes.

Little changes in Doctor Who, in terms of story tone or format, and while fans love to entertain the notion that each Doctor is distinct, there is a fast-talking clownishness that seems to be a common thread throughout them all.

In that sense, perhaps, Whittaker's Doctor is no different. But in almost every other respect this is a new Doctor Who, perhaps the first season opener for a "new" Doctor in recent memory which is genuinely hard to predict, as it lurches joyfully from dark to light, from frivolous to genuinely frightening.

The new showrunner Chris Chibnall – he wrote this episode, and it was directed by Jamie Childs – gives Doctor Who a proper face peel in his kick-off episode, ripping back all of the gimmickry which typically defines the series generally, and post-regeneration episodes specifically.

We meet Whittaker's Doctor, and her new companions – Bradley (Graham O'Brien), Ryan (Tosin Cole) and Yasmin (Mandip Gill) – with no Tardis, no sonic screwdriver, nothing of the Doctor Who world, leaving her stranded on Earth trying to solve a mystery involving a strange alien force and an unexplained alien pod. 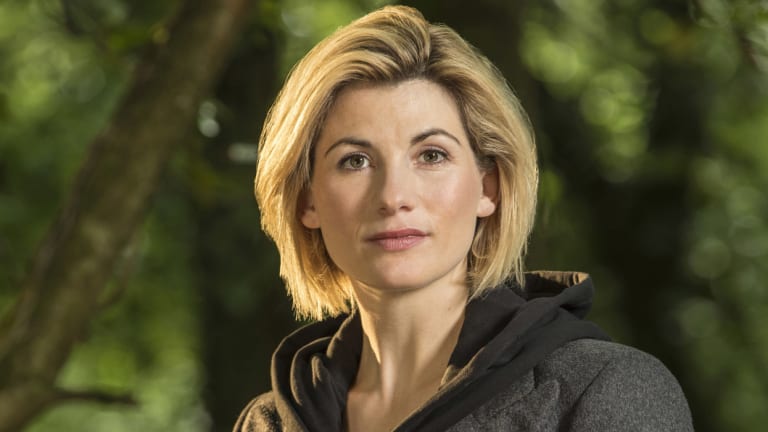 Jodie Whittaker is the first woman lead in Doctor Who.

While plainly you're not watching a conventional mystery drama, the point Chibnall is making is that you could. This is a new Doctor of course, with a new gender, but more importantly it comes with a series storyboard which has been wiped clean. No Daleks, no Cybermen, no backpack of mythology to weigh you down when you watch.

If anything this owes more to historical science fiction – think Quatermass more than Doctor Who – from its disturbing alien blob in the bushes plot to its episode title, The Woman Who Fell To Earth, which feels easily borrowed from the pulp fiction shelf.

The question of the change of gender is a blink-and-you-will-miss-it moment in the script. Over before you almost realise it, and appropriately so. Of all the confected media scandals of the last decade "the gender bending Doctor Who" is probably the most overcooked of them.

Whittaker is immediately and indisputably The Doctor. She owns the character, with spark and sparkle, from her opening frame. True we've had a solid lead up to the launch in time terms to get used to the idea. But it's a smooth transition, smoother perhaps – in Doctor Who canon – than Baker-to-McCoy or even McCoy to McGann.

Thematically it is a story of loss, and here perhaps we dip into the broader Doctor Who canon itself. 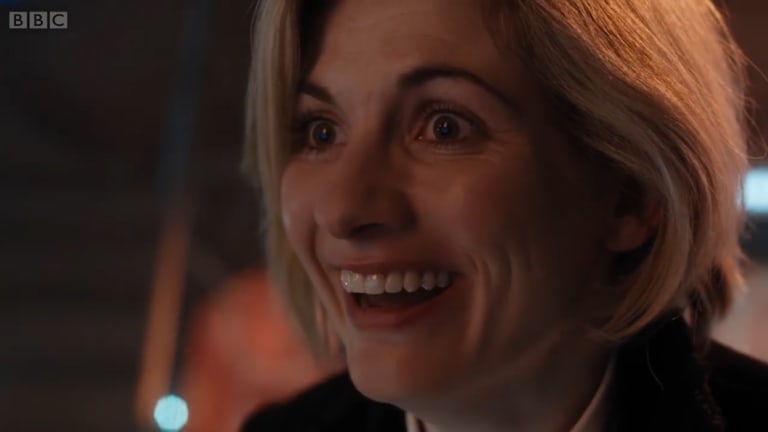 Jodie Whittaker in her first appearance as Doctor Who in the Twice Upon a Time Christmas special.Credit:BBC

From its origin in 1963, Doctor Who has always been a story of loss. Of triumph and courage, of hope and great humour too. But mostly it is a story of loss, of The Doctor's melancholic wanderings, of his (now her) previous life as a Gallifreyan Time Lord, and in particular of companions too many to count who gave their lives in the service of saving the universe.

But Chiball's Doctor Who, and Whittaker's Doctor, while curtseying to that history, waste little time wallowing in melancholy. This is sharp and delightful, leaping spritely from moment to moment, from messy twist to unexpected disaster, pausing for heartbreak and ultimately jubilation.

It's important to note this story is prefaced by last year's Christmas special, which was the story of the first Doctor and the then-current Doctor both fighting the clock, resisting their regenerations. This bookends that nicely, with Whittaker's Doctor diving head first into her new regeneration, revelling in every brilliant, funny, tragic moment.

Whittaker's Doctor has arrived. She's not just made her mark, as each Doctor does, but she's raised the bar. And she's brilliant, just brilliant.