Stars of the Harry Potter franchise Daniel Radcliffe, Emma Watson and Rupert Grint reunite for a conversation about their time on the fantasy film series in the first-look image, dropped on Wednesday. The retrospective special—premiering Jan. 1— is celebrating 20 years since the release of the franchise’s first film, Harry Potter and the Sorcerer’s Stone with feature interviews and cast conversations. 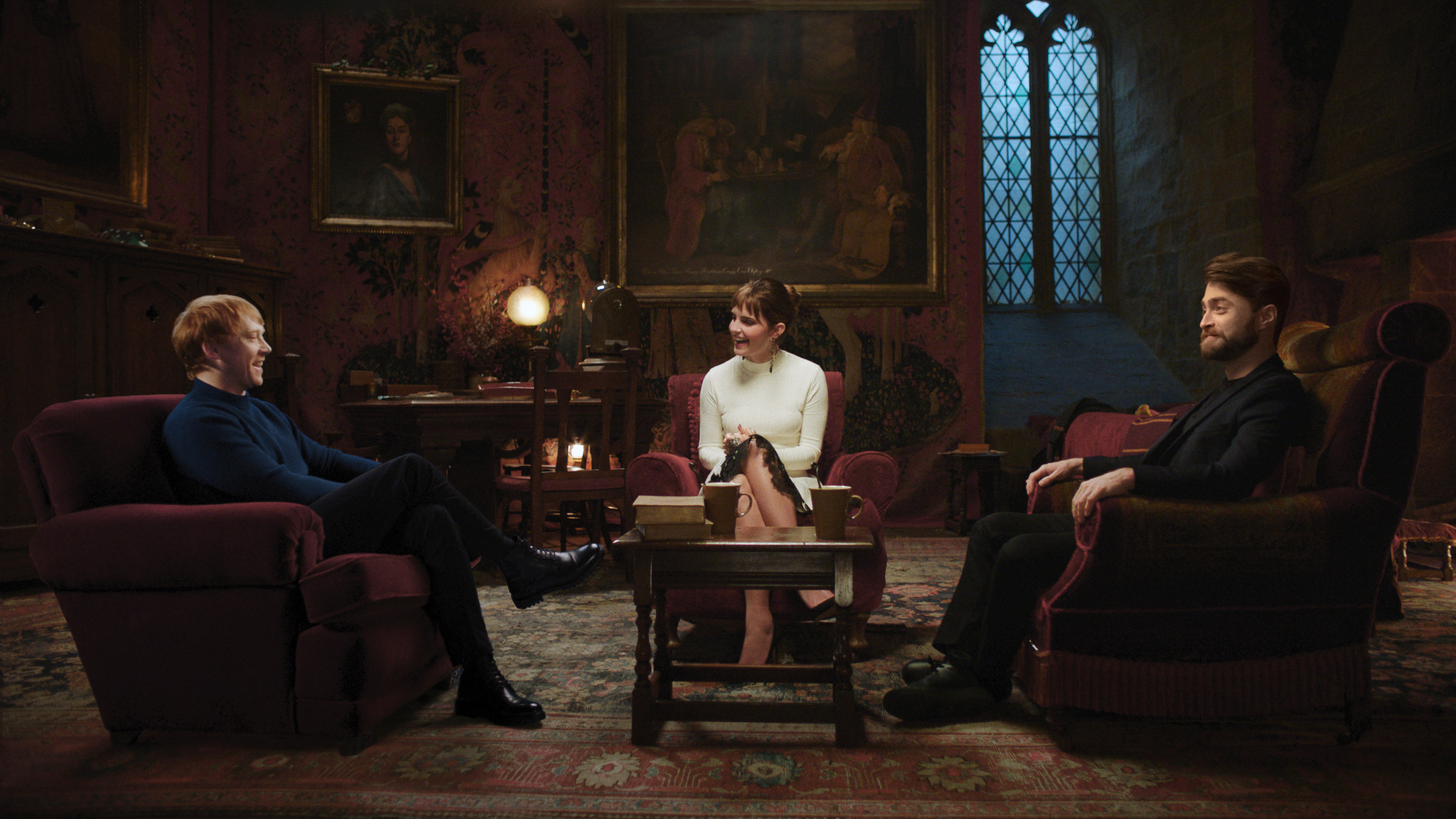