CBS and ABC duke it out for second place

NBC is warming up for regular Sunday pro-football ratings wins, last night airing a preseason NFL game after its Tokyo Paralympics. CBS and ABC battled it out for second place, with “Big Brother” vs. “Family Feud.”

Due to the nature of live sports, the below early Nielsen numbers for NBC should be considered subject to significant adjustment. CBS also carried NFL football in a few markets, including Boston.

Coverage of Hurricane Ida in the Louisiana markets may prove to have a slight impact as well. Final Nielsen numbers are due this afternoon. 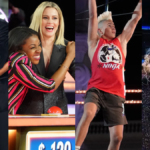 NBC was first in ratings with a 0.9 in the advertiser-coveted 18-49 demographic and in total viewers with an average of 4.4 million, according to preliminary numbers. The 2020 Tokyo Paralympics aired from 7 to 8 o’clock in the east, posting a 0.7 rating and 4.2 million total viewers. Preseason football, which for the vast majority of the country was the Cleveland Browns vs. Atlanta Falcons, aired throughout the rest of primetime. The pigskin pulled up NBC’s overall primetime averages.

CBS was second in ratings with a 0.6 and third in total viewers with 4.05 million. Between reruns, “Big Brother” at 8 p.m. posted a 1.0 rating and 4.8 million total viewers. A rerun of “60 Minutes Presents” preceded the reality competition at 7. Repeats of “The Equalizer” and “NCIS: Los Angeles” followed the latest Sunday edition “Big Brother” Season 23. 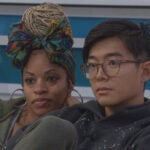 We do not have early Nielsen ratings for Spanish-language networks Univision and Telemundo.