Meltdown at Time’s Up as Tina Tchen Resigns: Can the Nonprofit Survive? | Analysis

And ”Brooklyn Nine-Nine“ deserves better than this

All CBS needed to win Thursday was an hour of “Big Brother.” It helped that last night was among the blandest primetime periods of Summer 2021. Hey, it’s almost over.

CBS was first in ratings with a 0.5 rating in the advertiser-coveted 18-49 demographic and in total viewers with an average of 2.5 million, according to preliminary numbers. “Big Brother” at 8 p.m. put up a 0.9 rating and 3.8 million total viewers. Reruns followed: In order, the re-airings were episodes of comedies “The Neighborhood” and “B Positive,” and one of drama “Bull.”

Houseguest Derek X was evicted from “Big Brother” Season 23 on Thursday. Claire was able to stay put by a vote of 5-2 in Derek X’s favor. Or, we suppose, not his favor. 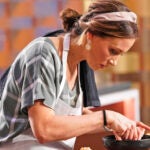 ABC, NBC and Fox tied for second in ratings, each with a 0.3. ABC was second in total viewers with 1.6 million, NBC was third with 1.4 million and Fox was fourth with 1.2 million.

ABC and Fox both aired all repeats last night. For ABC, the all-encore lineup was mini-golf competition “Holey Moley,” “When Nature Calls With Helen Mirren” and Craig Ferguson’s “The Hustler.” For Fox, one rerun of “MasterChef” and two of Mayim Bialik’s “Call Me Kat” filled out the network’s two-hour primetime period. (Fox and The CW both nationally program two-hour primetime periods, CBS, NBC and ABC each schedule three hours.) 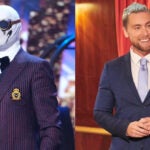 We do not have early Nielsen numbers for Spanish-language networks Univision and Telemundo.