The sensational cartel drama has enjoyed a resurgence in popularity after being made available on Netflix. Now a fifth season of USA Network series Queen of the South is on the way, fans may need one or two things cleared up.

Audiences ate up the latest season of Queen of the South and are still in shock following the unexpected twists in the season finale.

Teresa (played by Alice Braga) will face a mysterious new threat in the next instalment, and will have plenty of catching up to do with the return of her ex-boyfriend James (Peter Gadiot).

However, the drug mogul is still in mourning following the death of her beloved godson, Tony Parra (Julian Silva).

Tony was the son of Teresa’s best friend, Brenda (Justina Machado), and took him in when she was murdered back in season one. 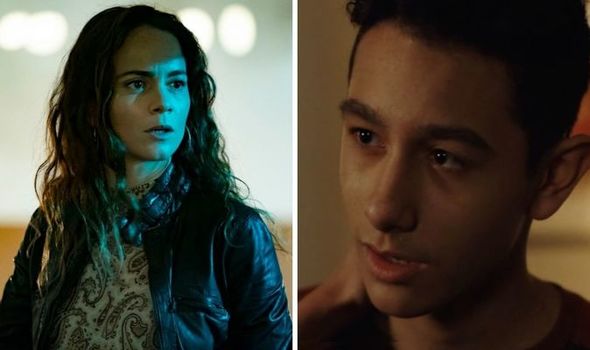 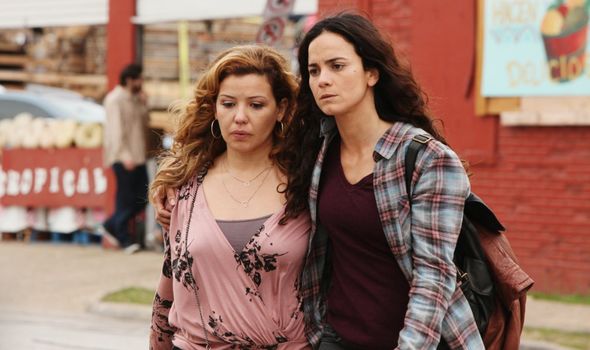 The pair were both caught in a fatal explosion rigged as an act of revenge by Teresa’s relentless new adversary, Judge Cecil Lafayette (David Andrews).

While Teresa somehow survived the blast, Tony wasn’t so lucky and perished in episode ten, What You Fear Most.

Teresa’s godson has been played by teen actor Julian Silva throughout season four, but was previously played by child star Adolfo Alvarez.

Viewers experienced a slight time jump at the beginning of the latest instalment, making Tony a few years older. 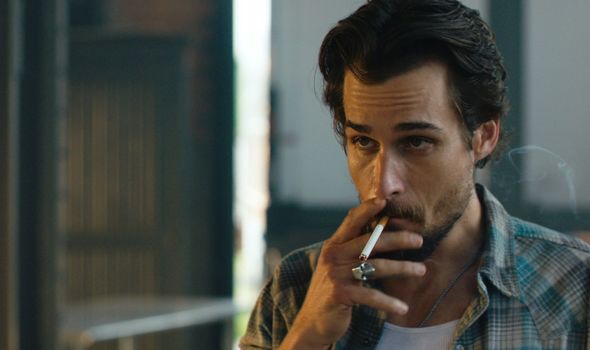 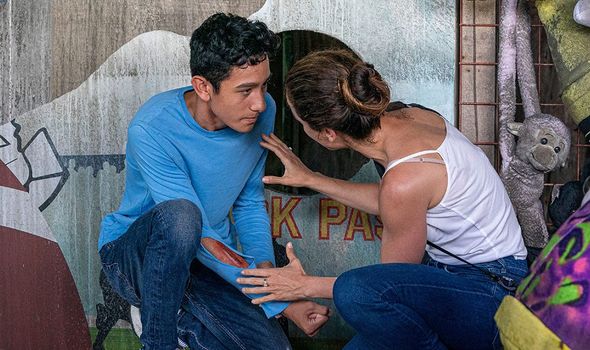 Unfortunately, the uncertainty around Tony’s age in the show has caused several debates amongst fans.

Things were further complicated when Brenda was reintroduced in flashback scenes during season four, leaving fans confused about Teresa and Tony’s backstory.

One fan took to Reddit after noticing a glaring plot hole caused by season four.

Redditor s0phl0u posted: “In season four there are flashbacks of Teresa being present when Tony is born, however to my understanding Teresa had only been with Guero for less than two years.”

“Meaning in the pilot Tony should have been two years old? Yet when they flee Epifaño’s men Tony appears to be 10 years old?”

Teresa’s relationship with her now deceased boyfriend Guero (Jon Ecker) made for unmissable drama until the drug runner’s death in season three.

However, their relationship history was complicated by the flashbacks in season four, as the first season established Teresa had only been part of the family for the last two years.

Sadly, fans have only been able to chalk these mistakes up to clumsy writing.

One viewer responded: “I think it is just poor writing. They wanted to have Teresa and Tony’s relationship be more impactful and were hoping we forgot their already established timeline of things.”

Although fans are keen to see Brenda and Tony make another flashback appearance, it’s hoped the writers will pay a little more attention to the show’s backstory in season five.

Queen of the South seasons 1-4 are available to stream on Netflix.