Prince Harry and Meghan Markle were reported to have signed a multi-year deal with Netflix earlier this year and following the release of The Crown season four, the couple have been blasted for the move. In the latest series, Prince Charles’ relationship and the break down of his marriage to Princess Diana is laid bare and has come under fire from critics and viewers alike. Reflecting on Prince Harry’s deal with Netflix, royal commentator said it was a “deliberate attack on Queen”.

Angela joined Piers Morgan and Susanna Reid on Good Morning Britain and made it clear she did not approve of Meghan and Harry’s Netflix deal.

Susanna remarked: “When this show is accused of trolling on a Hollywood budget, why would he do that deal with the same company?”

“Well, I think he has made a terrible error,” Angela replied.

“I think the way that he has left the royal family, the way he did it, and he’s changed. 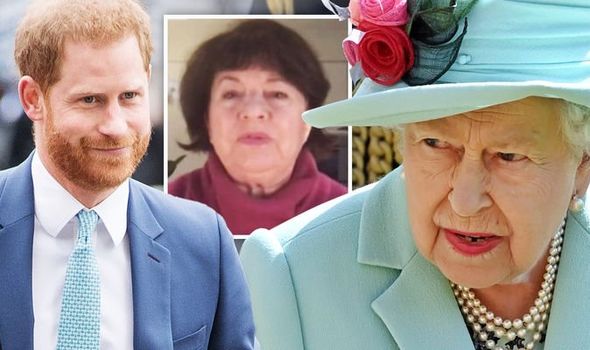 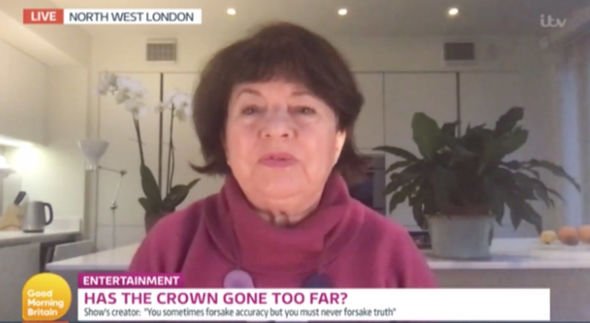 “He’s almost unrecognisable from the Prince Harry I spent a lot of time with.

“But I think, you know, Meghan is desperate to earn lots of money and Netflix offered them something.

“I think they’re being naive as they have been about lots of things in that they don’t realise that a big company like Netflix is going to want its pint of blood.

“They’re going to delve in and get a lot of information that will absolutely decry the royal family. 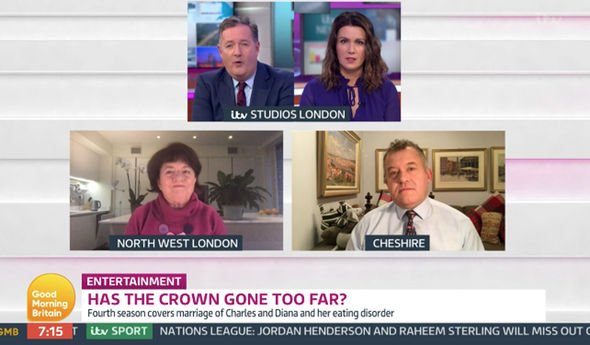 “I think the royal family does a lot of for us. Of course they’ve got a lot of faults, haven’t we all.

“But the sense of duty Prince William has now, and Prince Charles, I spent a year with Prince Charles before his 70th birthday, I was astonished at how many young people he had managed to get off the streets and into work.

“I don’t think we should just paint them black, which is what this series is doing.”

Earlier in the interview, Angela stated how she felt the series was a “deliberate attack on the monarchy”.

She explained: “I think the programme stinks actually.

“It’s spiteful, it just goes for people’s negative points rather than their positive ones. It is unbalanced.

“It’s like a golden apple that inside is rotten. It is very, very unfair to the royal family.”

Meanwhile, Piers explained while the Queen appears unsupportive of Diana, he was told otherwise by the late Princess.

He explained: “When I had lunch with Diana and William, and you were there Paul, you were serving the food, and by the way you did it very well. You were an excellent butler.

“When I was discussing, and I discussed the Queen with her, I remember her telling me, quite firmly, that the Queen had been really great, really supportive and a good listener.

“Now, the Queen in this series of The Crown comes over as very cold, unfeeling, totally devoid of any feeling towards Diana.

“That’s not what Diana told me about how the Queen had been.”