CHARLOTTE Dawson is desperate for both her mum Tracy and fiancé Matt to be by her side when she gives birth – but fears coronavirus rules will spoil her labour plans.

The pregnant reality star, who is the daughter of late comedy legend Les Dawson, is due to give birth just a week before her dad’s 90th birthday on February 2. 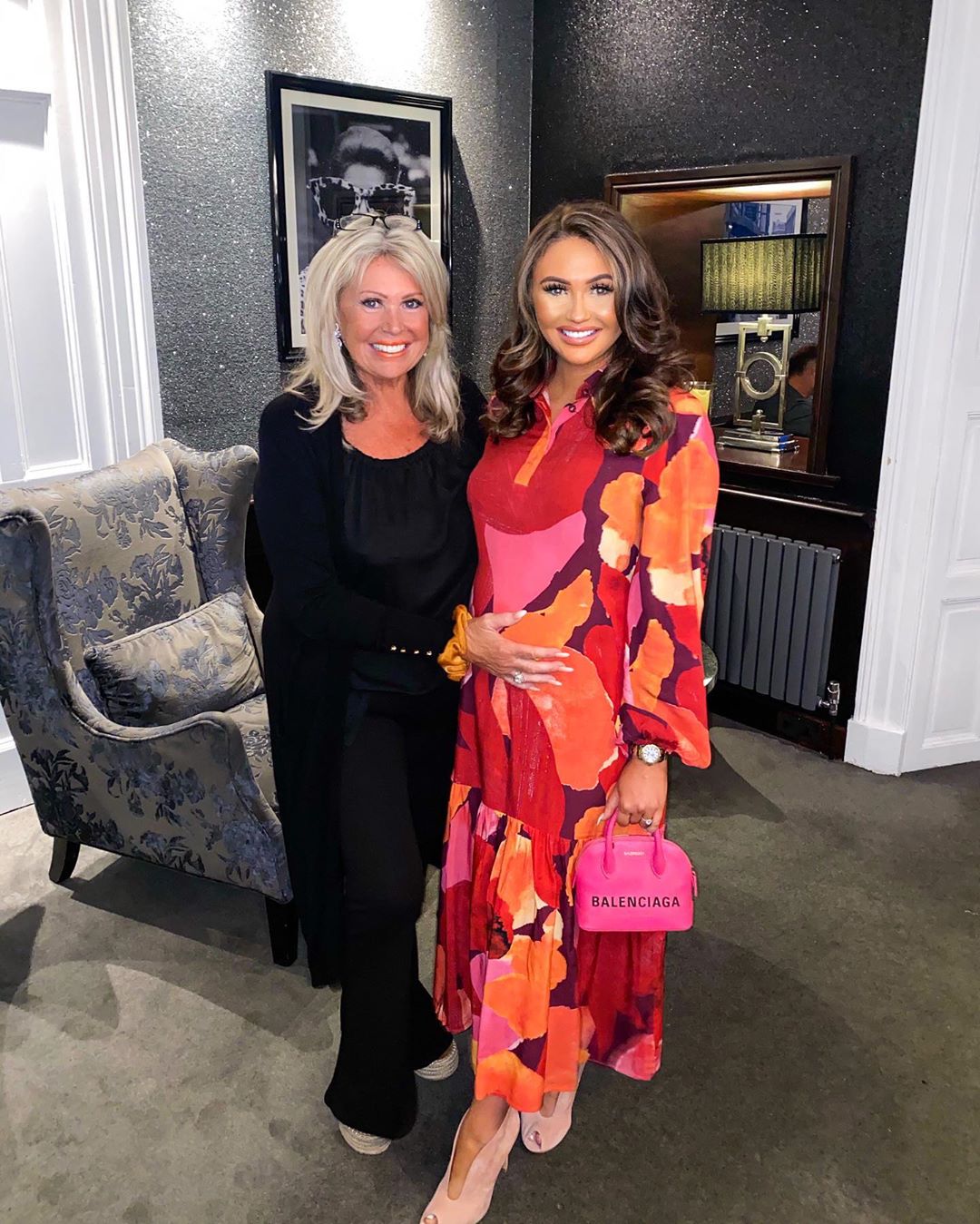 Expectant mums in England are currently allowed one birthing partner but in many hospitals they can only join once the labour is established.

It means if things don’t change, Charlotte, who is 24 weeks pregnant, could be forced to do a lot of the hard work alone.

Speaking exclusively to The Sun, she says: “I want my mum in the labour room with Matthew, and I’m obviously going to pray and pray, but it’s not looking likely.

“She’ll obviously be there, but they might have to keep swapping. You need you mum to make it happen.” 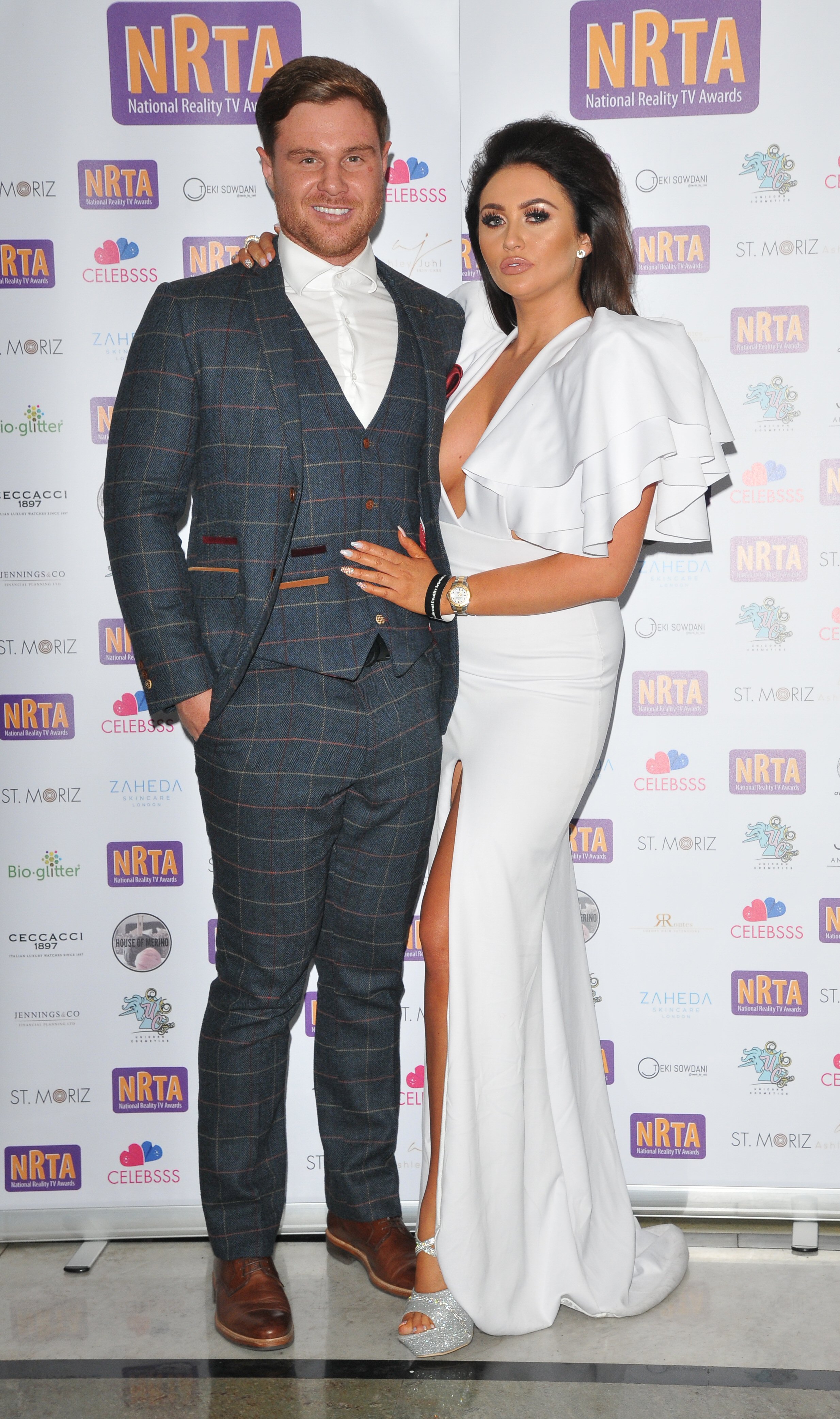 The couple were forced to arrange their own private ultrasound so Matt could see their unborn son as their local NHS hospital did not allow visitors.

It frustrates Charlotte who can’t understand why the person she lives with and is an integral part of her support bubble was unable to be by her side.

“It’s just a bit odd,” she reflects. “At the end of the day I don’t get it because Matthew is in my bubble, we live together, why can’t he come to the scan? But he can go to the pub with his mates. It doesn’t make any sense, you can Eat Out to Help Out but you can’t go to the scan.”

Confusing rules aside, Charlotte has found the pandemic the perfect time to be pregnant as strict socialising rules have put everyone in the same boat. 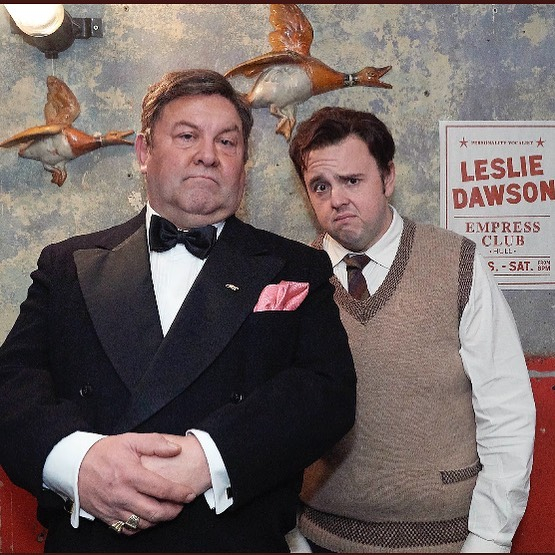 “I’m not being funny, but it’s the actual perfect time to be pregnant because you can’t go out,” she says. “I’m not missing any Christmas parties or anything like that.

“I think my dad is looking down on me. I love a good party and a prosecco so it was obviously going to be hard being pregnant. I’ve been a natural with it really; obviously Matthew has a curfew so he can’t be going out past 10 o’clock.

“I feel like I’m not missing out, but it is very hard having a baby in a pandemic – it’s a bit scary, but hopefully it comes out on my dad’s birthday and it will make everything better.”

It’s been a year packed with big life moments for Charlotte, who got engaged to Matt after four years of dating earlier this month. 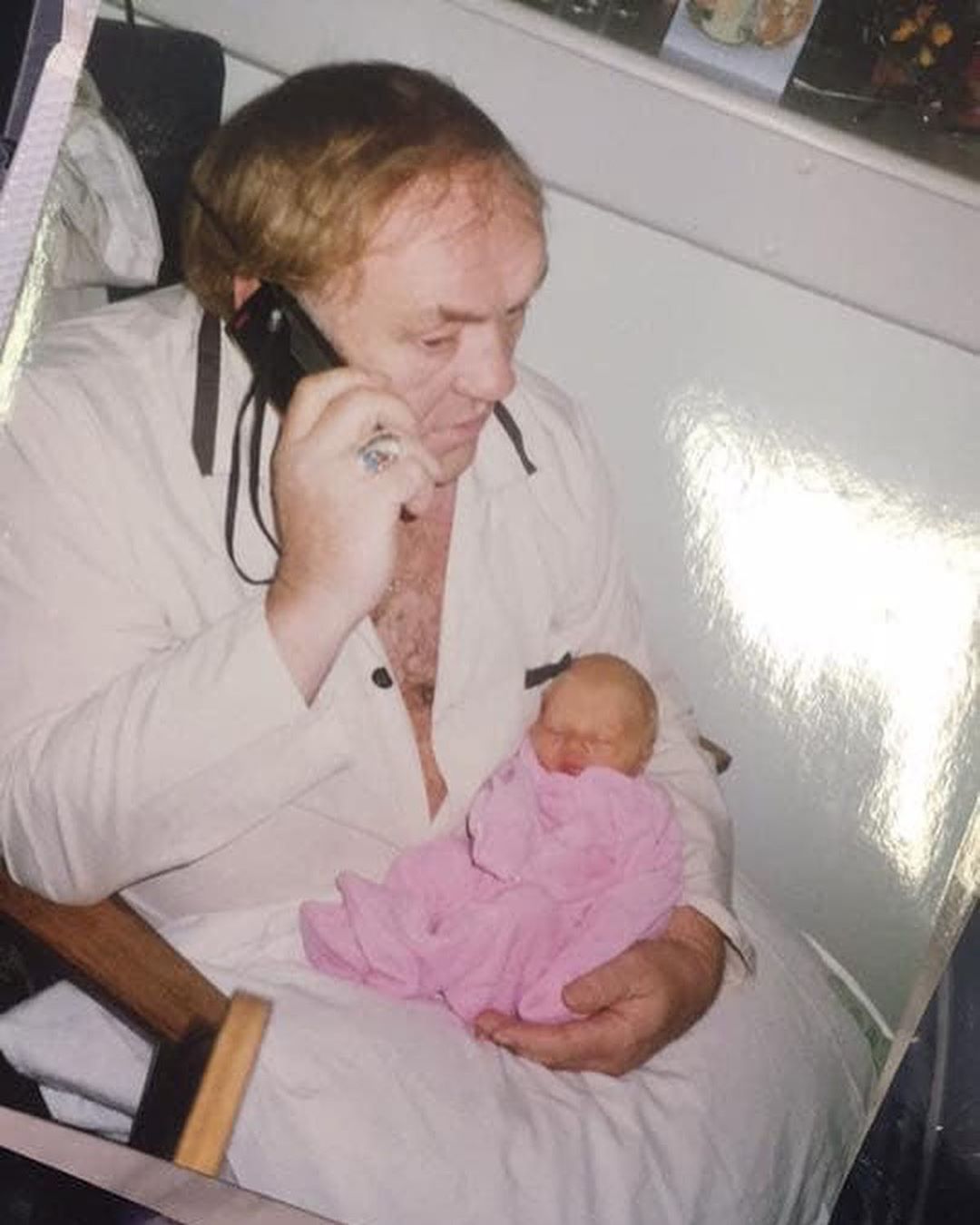 The bubbly Lancashire lass, 27, had always wanted to be proposed to in Paris but quarantine rules meant Matt popped the question beside her dad’s statue in Lytham instead.

Her dad Les died from a heart-attack in 1993 aged 62, when Charlotte was just eight-months-old.

Despite being so young at the time, Charlotte has a deep affinity for him and regularly talks about him as well as to the life-like cardboard cut out she keeps at home.

“The statue is just so perfect,” Charlotte says. “It’s just crazy, and my dad being there and witnessing getting engaged and Matthew coming up with that – I didn’t expect that. I want to continue taking my mum to Paris because it’s our special place and there are great memories with my dad.”

Charlotte is hopeful they’ll tie the knot next year but warns it’ll only happen if there’s no restrictions on the number of guests allowed. 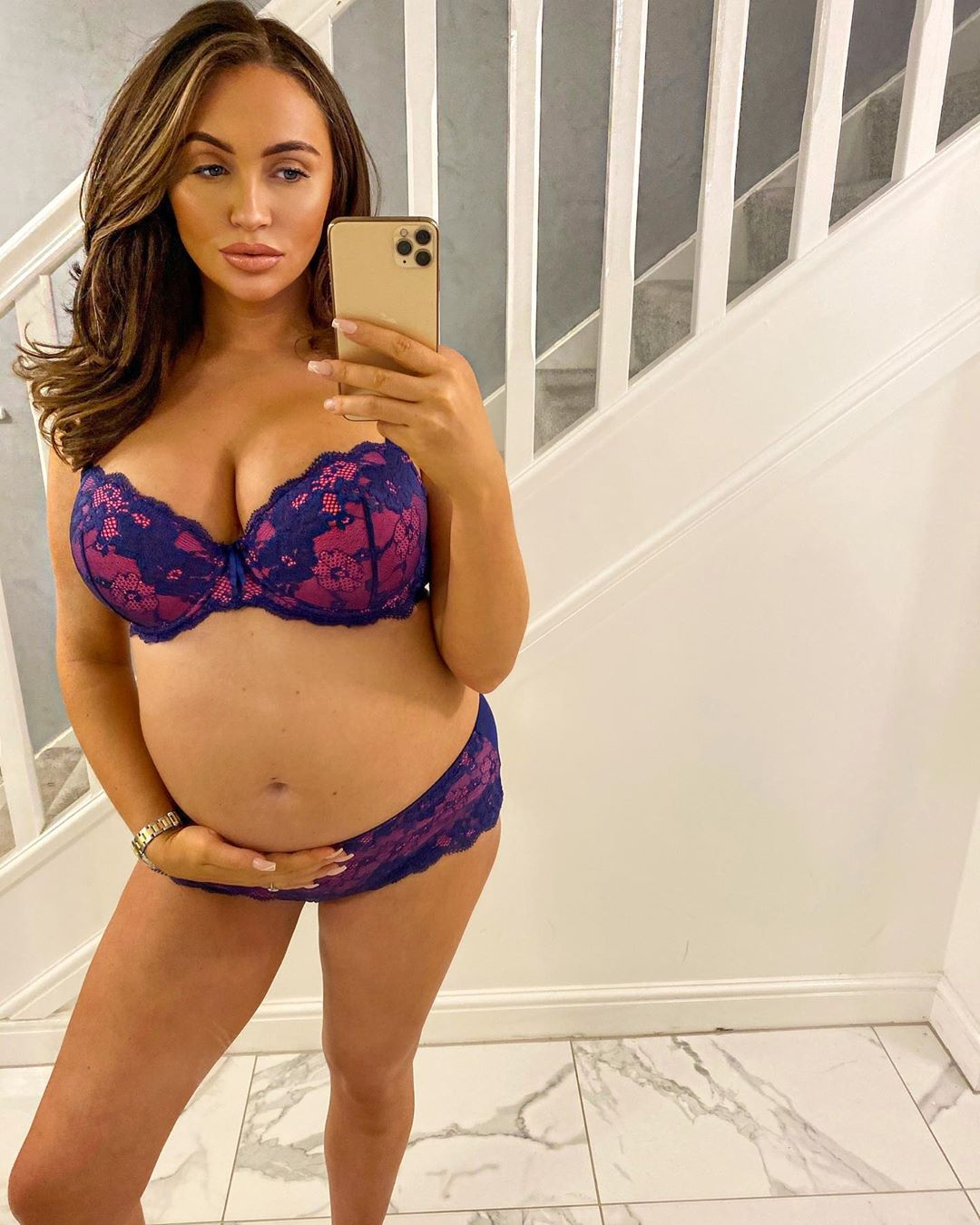 “Well I want everything now; it will probably be next year,” she says. “I’ll probably pop the baby out and then get married, but I can’t get married with 30 people of 15 – that’s not even covering my family, and I’ve got 10 bridesmaids so that’s not going to work.

“Obviously my wedding will be the most fabulous wedding, that’s all you need to know. We are looking at hundreds and hundreds. I want a three day wedding – I just don’t want the party to stop.”

The former Ex On The Beach star insists the couple haven’t thought about names for their son just yet, although she teased it will include an element of her dad’s, and she expects him to carry on the Dawson name.

“It’s up in the air at the moment. We’ll be thinking about the names, not just yet,’ says Charlotte. “It’s definitely going to have an element of my dad in the name. My little boy will obviously get to know his granddad through watching him on YouTube, and I’ll be taking him to the statue. 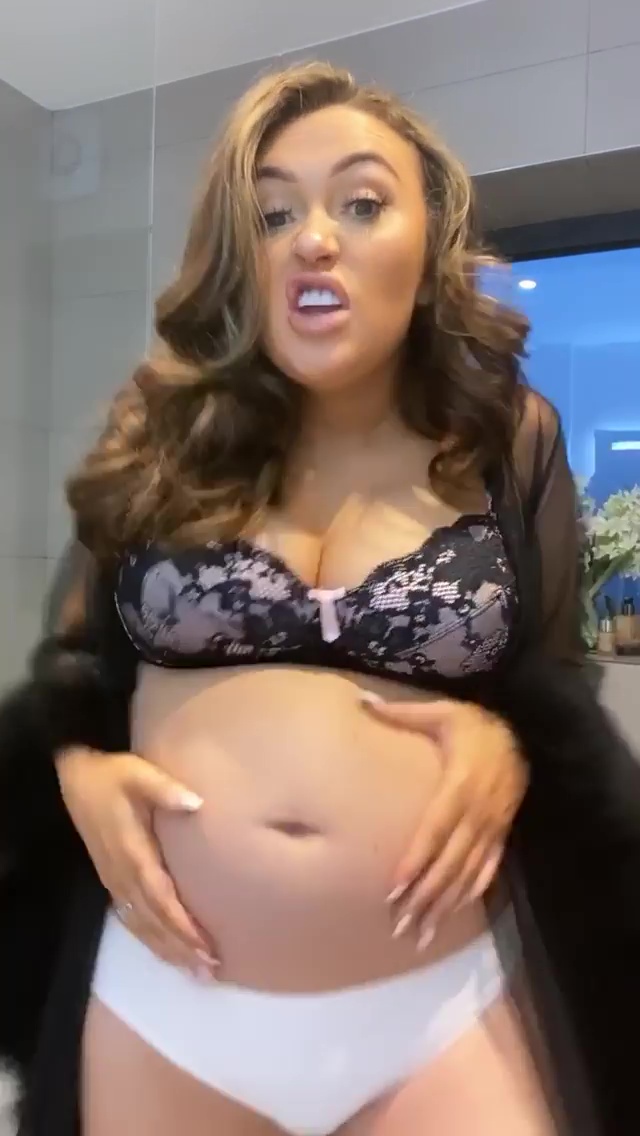 “Imagine if he comes out on my dad’s birthday. I’m due exactly a week before on January 25, his birthday is on Feb 2 – his 90th. Can you imagine? He might come out playing the piano off-key. They say boys look like their mum; I’m like my dad in drag.”

Tonight Les, who was famous for his deadpan humour and inimitable gurn, will once again be in the limelight when Sky Arts’ Emmy-nominated Urban Myths returns for a fourth series.

The opening episode, Les Dawson’s Parisienne Adventure, written by Steve Pemberton, tells the story of Les’s time in Paris as a 23-year-old aspiring novelist who unknowingly ends up renting a room in a brothel.

The all-star cast sees Game Of Thrones’ John Bradley play the young Les, while Mark Addy portrays the comedian in his later years.

Both Charlotte and her mum Tracy found it emotional watching the episode, and said the likeness of both actors to Les is uncanny. 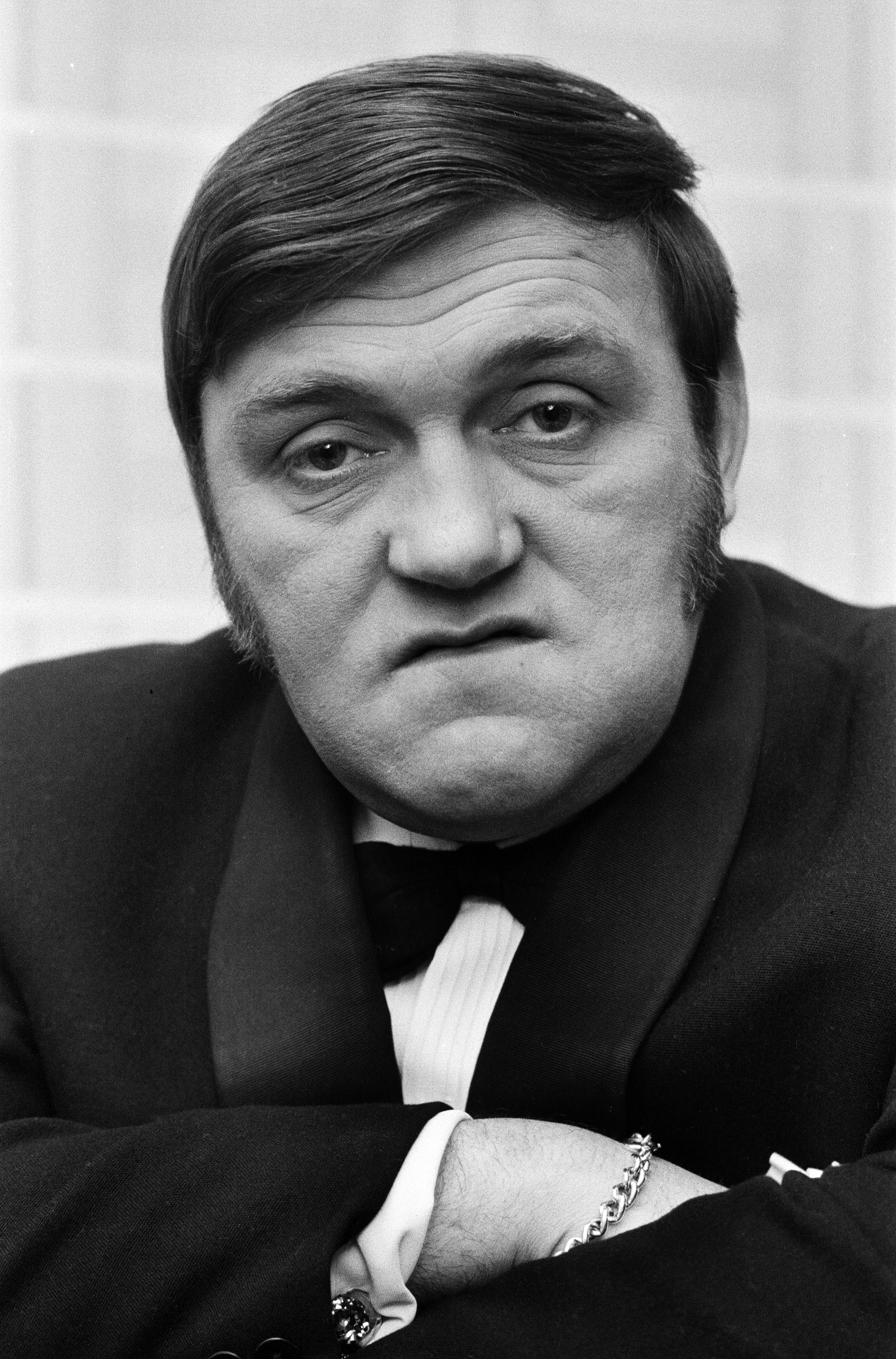 Speaking about John, Charlotte says: “I think he is so cute and he looks like my dad when he was younger. He was amazing on Game of Thrones.”

She continues: “Obviously Mark Addy was my favourite actor in The Full Monty, and I’ve always said he looks like my dad; it was amazing we got them. Steve Pemberton, the writer, is incredible. I think they were very honoured to be asked to do it, especially wearing his clothes and jewellery. When we went down for it to be filmed, it felt like my dad was really there. It was so lovely meeting them; they are so down to earth.”

The episode ends with an emotional monologue from Les [Mark Addy] reflecting on finally finding himself after returning home from Paris.

Standing on stage in the spotlight, he rehearses for the An Audience With episode that tragically never happened – as he died two weeks before it was due to be filmed.

Tracy says of the moment: “It’s very emotional. It brought memories back for me. I still have his piano, and I get quite emotional talking about it. It just feels like a great honour this, and hopefully it would be great if they did his life stories on Netflix, he did so much in his life.”

Urban Myths: Les Dawson’s Parisienne adventure will air on Sky Arts on 7th October at 10pm, now available for everyone to watch on Freeview Channel 11.