PINK and her daughter Willow, 9, wowed viewers with a “beautiful” trapeze performance at the Billboard Music Awards on Sunday.

The 41-year-old, who shares Willow and 4-year-old son Jameson with her husband, Carey Hart, is known for her high-flying stunts, but fans were amazed to see her daughter join her this time around. 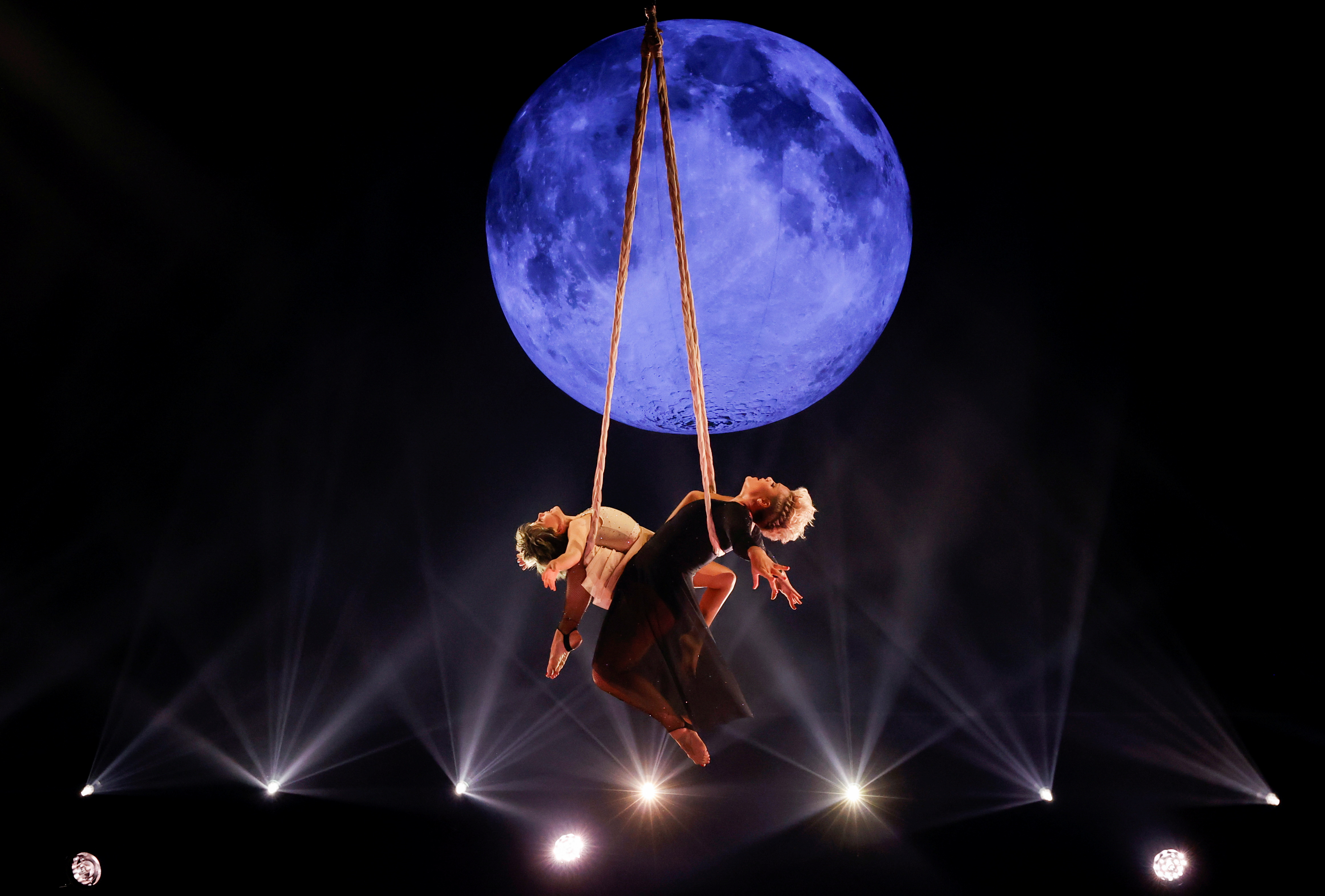 Pink and Willow recently released a mother-daughter duet called Cover Me in Sunshine, and the two hit the stage at the Microsoft Theater in Los Angeles on Sunday to perform a rendition of it.

During the show, Pink gave a greatest hit performance in honor of the accepting the Billboard Icon Award, and she kicked it off by showing off her acrobatic skills, alongside her daughter, while singing their song.

The stage was dark except for a full blue moon backdrop and a few bright lights to put the spotlight on the mother-daughter duo as they got themselves situated on silks and began flying through the air, spinning, doing splits, and sharing a sweet hug.

The performance was a highlight of the show, with Pink and Willow trending on social media, and fans sharing how stunned they were by it all.

One viewer wrote: “P!nk and Willow, just wow! Beauty in the moonlight with these two. It’s in the blood.” 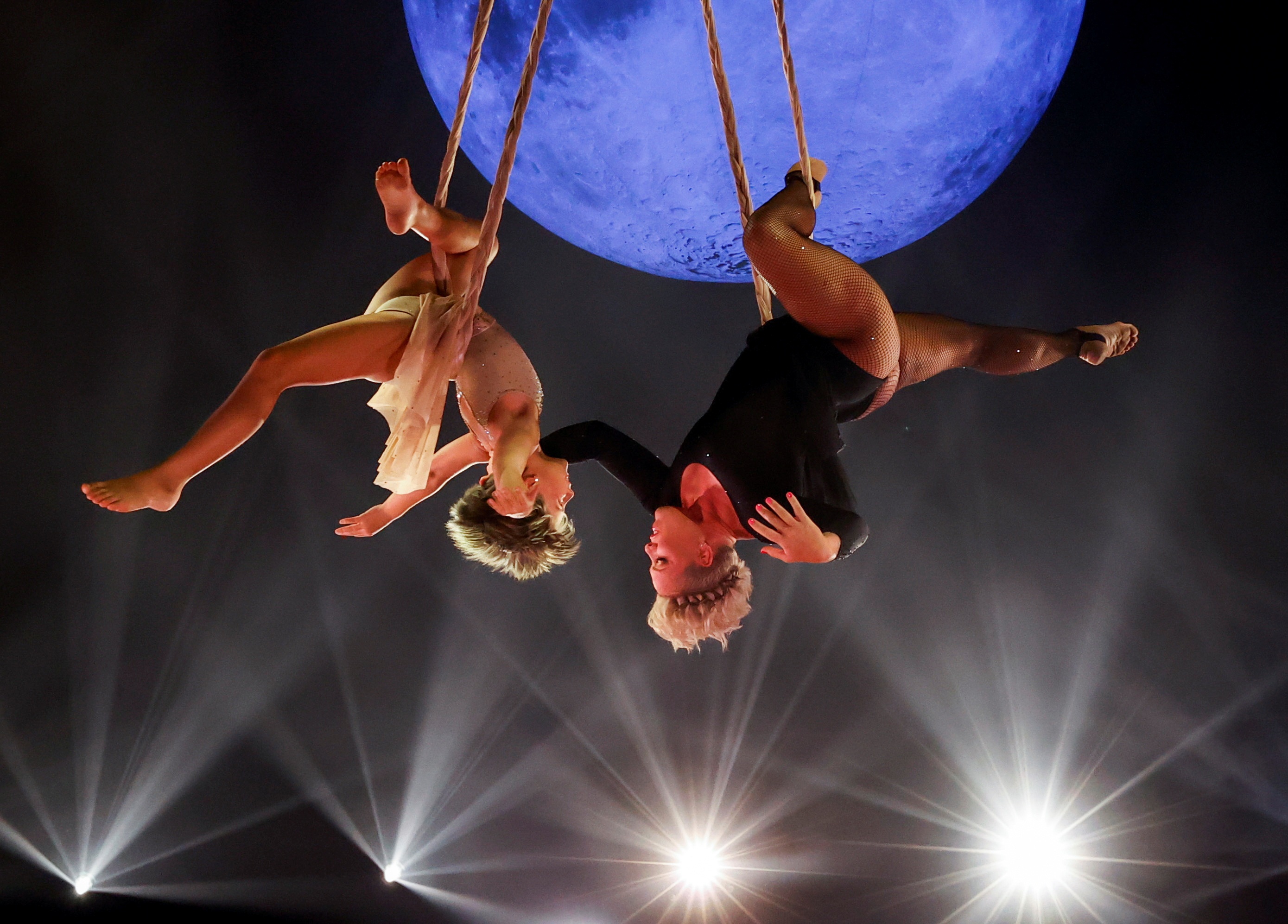 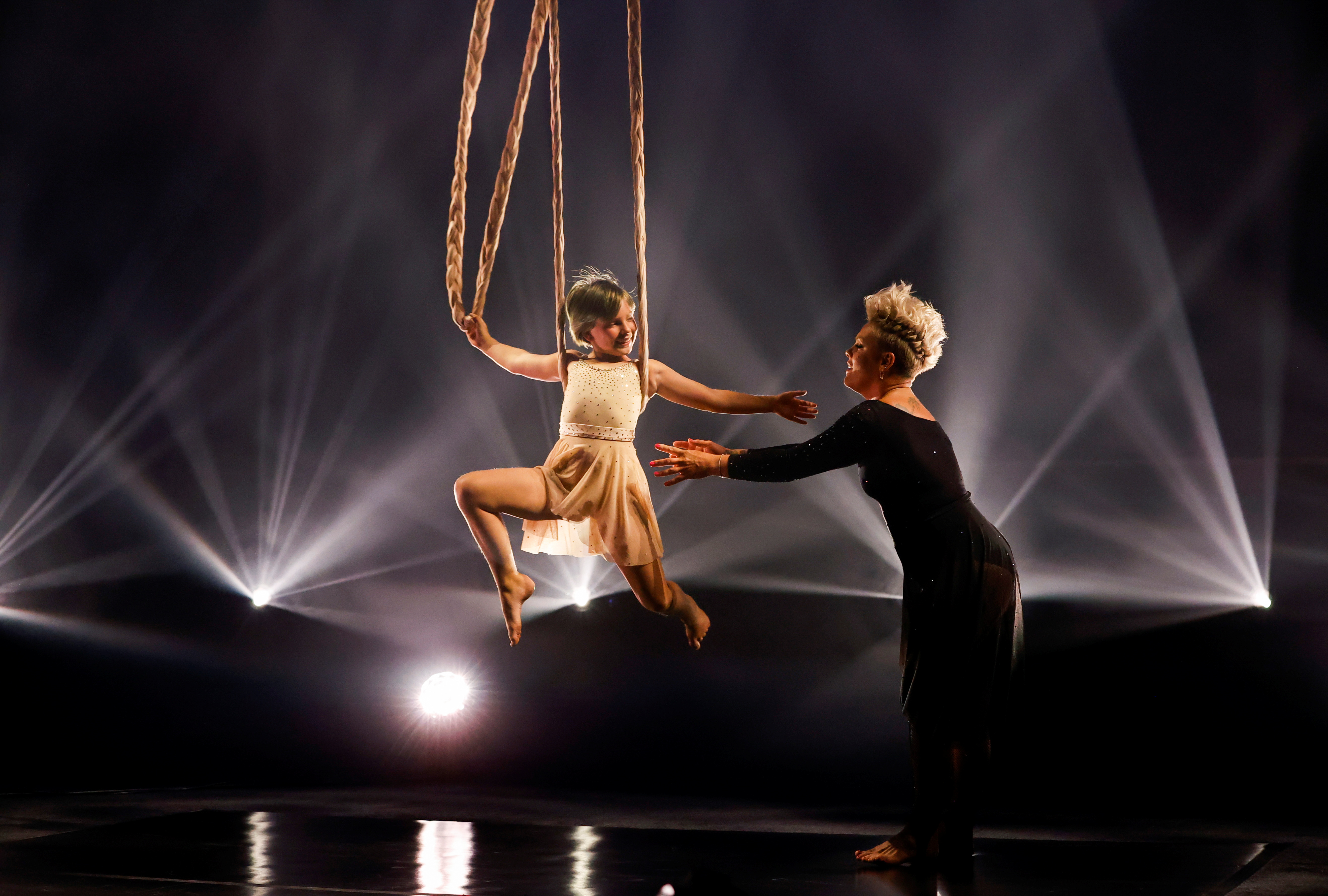 A second said: “Most beautiful thing artistically on any award show. @Pink and her fearless daughter Willow have all hearts as lumps in throats tonight. I’ll never forget this one.”

Another tweeted: “Look at that smile. I seriously can’t get over this performance. My jaw hit the floor and then I was in tears lol. Such a Beautiful mother daughter moment.”

Others commented on how “amazing” and “sweet” the performance was, and that it brought tears to their eyes to see Pink and her daughter share this moment and experience together.

Pink, whose real name is Alecia Moore, recently opened up about juggling being a mother of two while having a career as a singer and performer in her new All I Know So Far documentary. 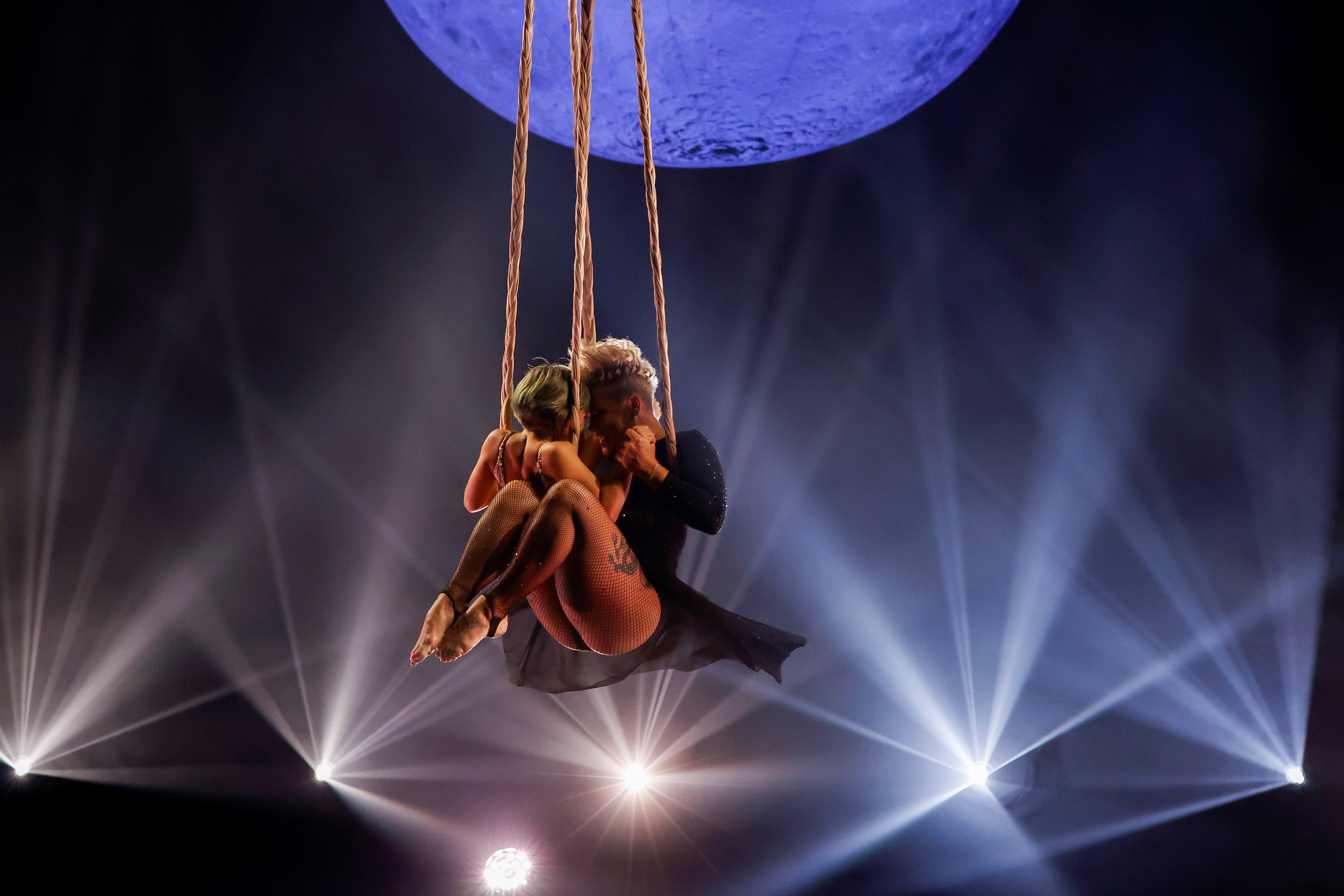 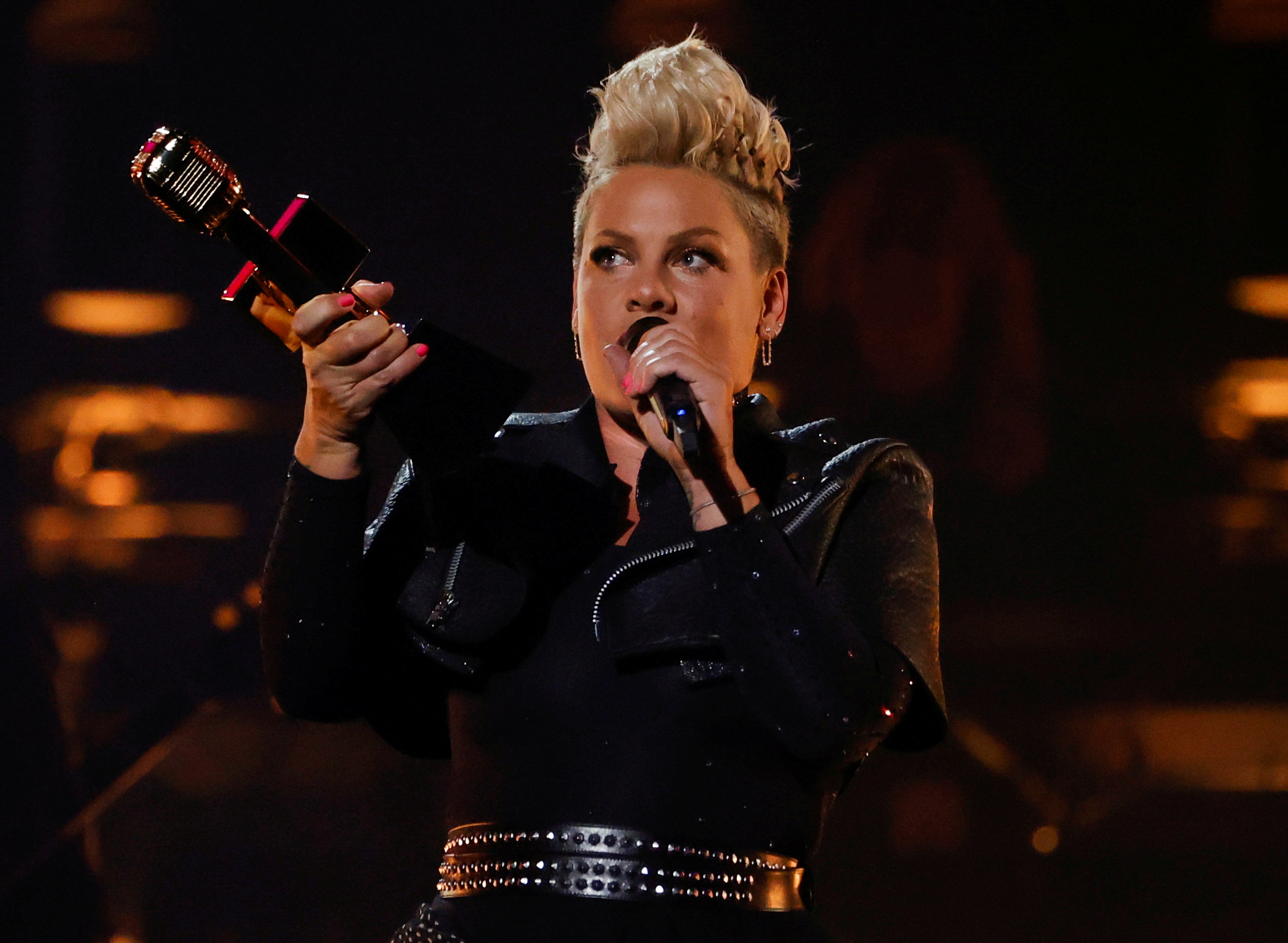 In the video, which released on Friday, she shared: “My kids grew up with the hotels and the jets and never having to worry about money.

“They’re going to discover little Alecia, who’s still hiding in here, who’s still learning how to heal, and I just hope they have the grace and the heart to accept I’m human like them. 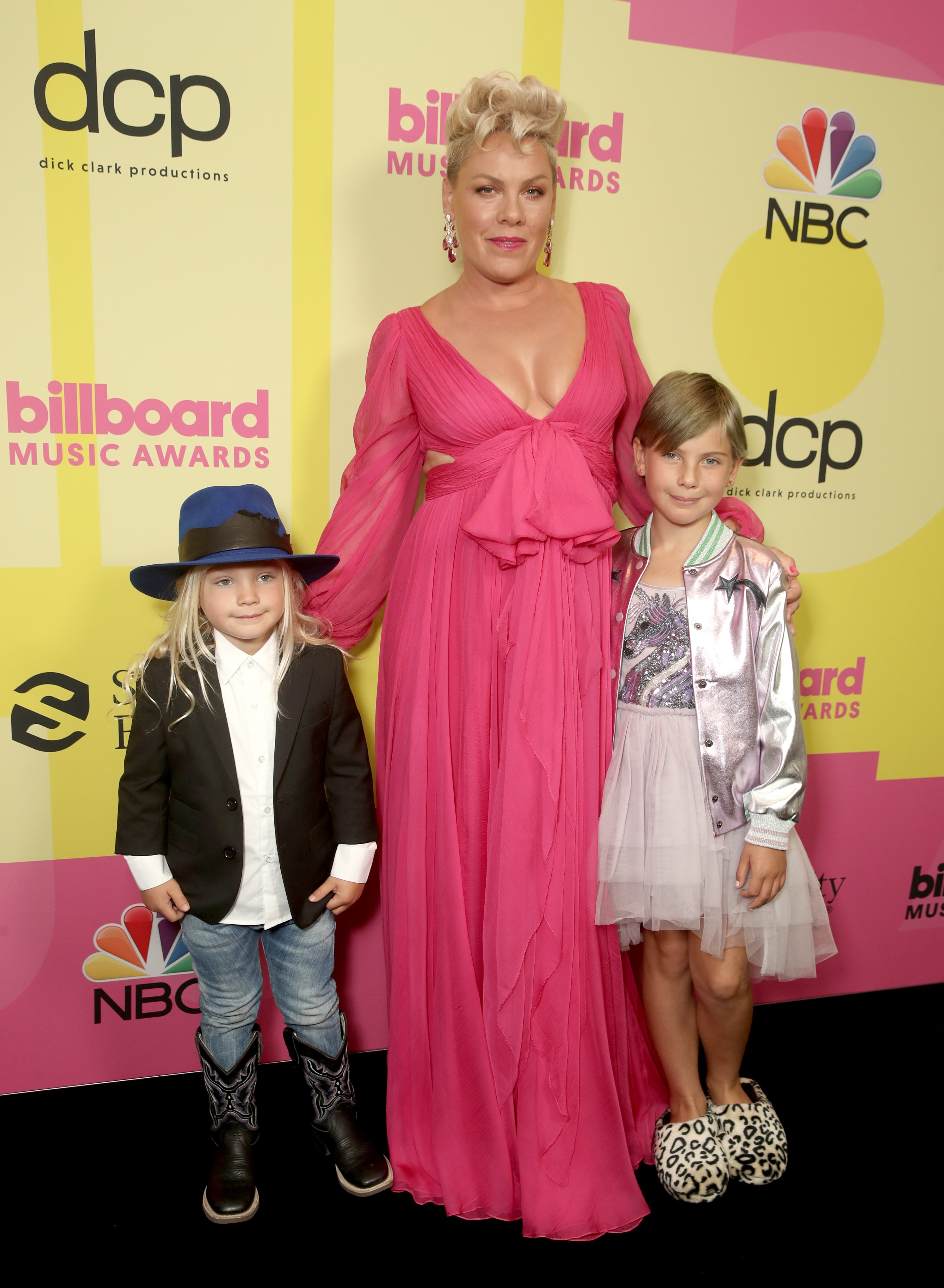 “Then they’ll have their own kids and so the cycle continues. All of it. The multi-generational pain, but also the damn beauty of it all.”

Though she's known for her daredevil performances and aerial showcases, including the one at the BBMAs, Pink revealed she almost stopped doing them after a bad accident.

Footage in the documentary showed a scary accident in which Pink was flung at a barricade at 30mph during a stunt where she was supposed to fly through the air and flip upside down.

She said: “I was really scared to keep doing it after that, I was shook.

“There’s no precedent for a lot of this stuff. I’m the first person doing these things. There have been many close calls. Got to get back on the horse.”