Piers Morgan silenced as Spitting Image guest shuts down GMB host: ‘We have the power!’

Piers Morgan, 55, teased Good Morning Britain viewers they were going to get an exclusive first-look at his Spitting Image puppet at the end of today’s show. Those watching at home were on the edge of their seats to see how the host would react to his doppelganger and it’s fair to say he was shocked at the image before him, stating it bore “no resemblance” to him. However, the ITV presenter was left lost for words when he got to speak to the man who was impersonating him, Luke Kemper. 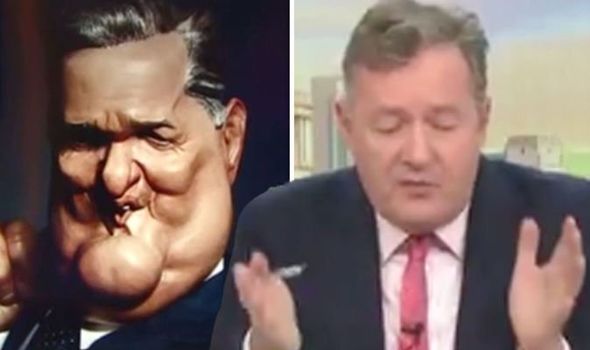 The celebrity impersonator sat down with Piers and Susanna Reid, 49, to explain just how he’d managed to mimic the host’s voice.

Having trained himself to speak like the outspoken presenter, Luke said: “As soon as I got those sentences I just thought I’ve got you down.

“I don’t care if you don’t think if it sounds like you because we’re the ones with the power,” he continued, jokingly shutting down the journalist.

Having heard the explanation, the presenter burst into hysterics as he didn’t quite know how to respond to the guest.

Instead of giving his opinion on the impersonation, the broadcaster went on to tell the guest how much he loved the show.

Queen Elizabeth: Harry and Meghan Are Too Crazy to Be Royals!

Does Beyoncé Have a Clone? No, But Here's Why Some Fans Think So