The TV star slammed the pregnant Duchess of Sussex in a furious rant on Good Morning Britain earlier today. Discussing Meghan meeting members of the public in the city of Dubbo in New South Wales, co-host Susanna Reid said: "You still can't let it go, can you Piers? The fact she left the pub that day and never spoke to you ever again."

Piers – who has previously said he met Meghan for drinks on the night of her first date with Prince Harry – replied, "it's a red light to me," before revealing, "the axe came down."

Suggested she is being "fake", he added: "She is an actress. She's acting great at the moment."

Shortly afterwards, the journalist tweeted a picture of Meghan looking adoringly at Harry as he gave a speech, and captioned it: "Once an actress…" 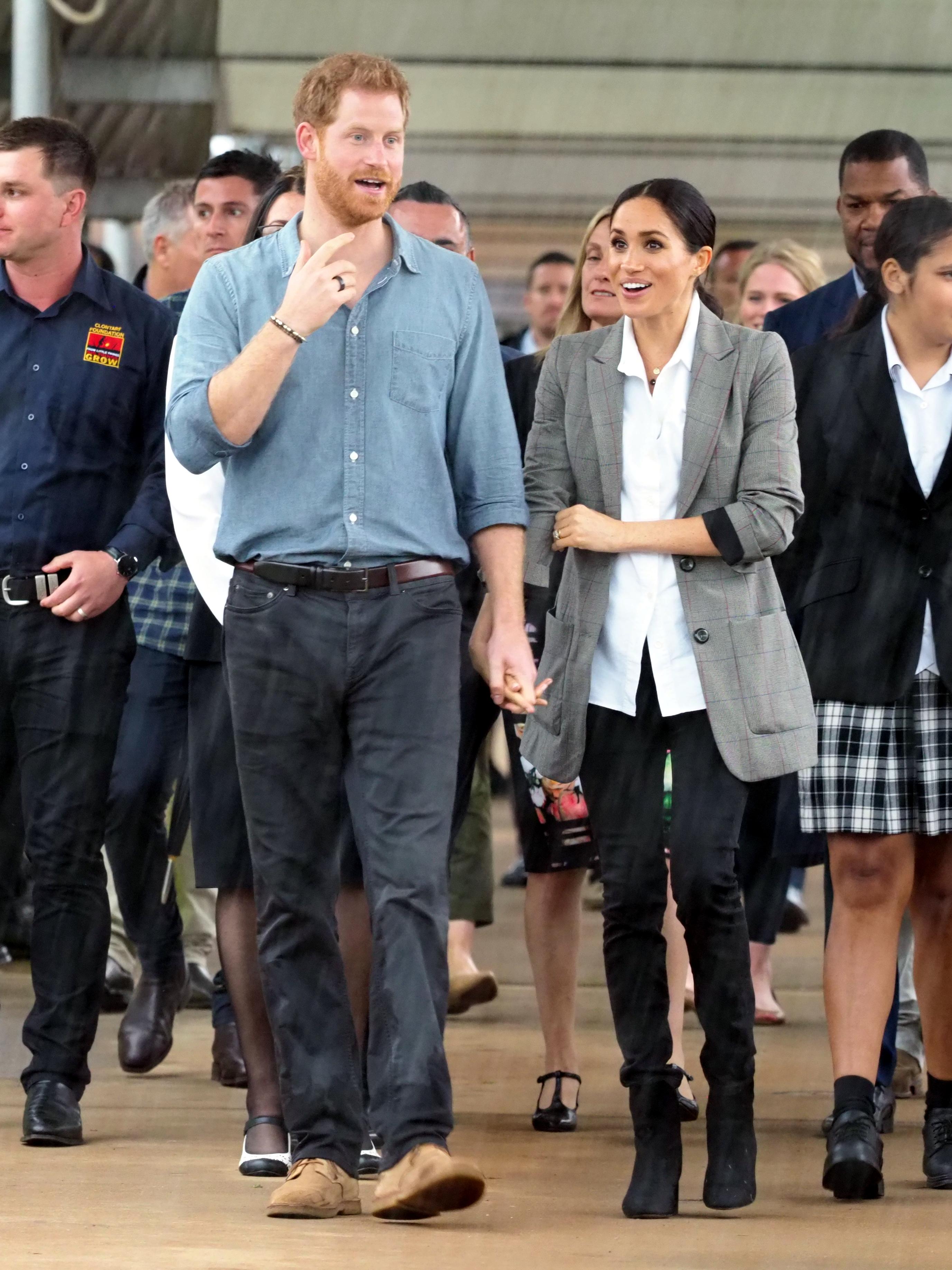 Those watching at home took to Twitter divided over Piers' comments.

One wrote: "As much as I hate @piersmorgan he is tv gold. His comments about Megan Kardashian Markle were hilarious."

Another commented: "@GMB I don’t blame Megan ignoring her family. After seeing the way they have all behaved I would too. As for ignoring Piers, I feel for anyone who comes in to contact with him."

A third shared: "If piers got an exclusive interview with megan he would be praising her from the heavens." 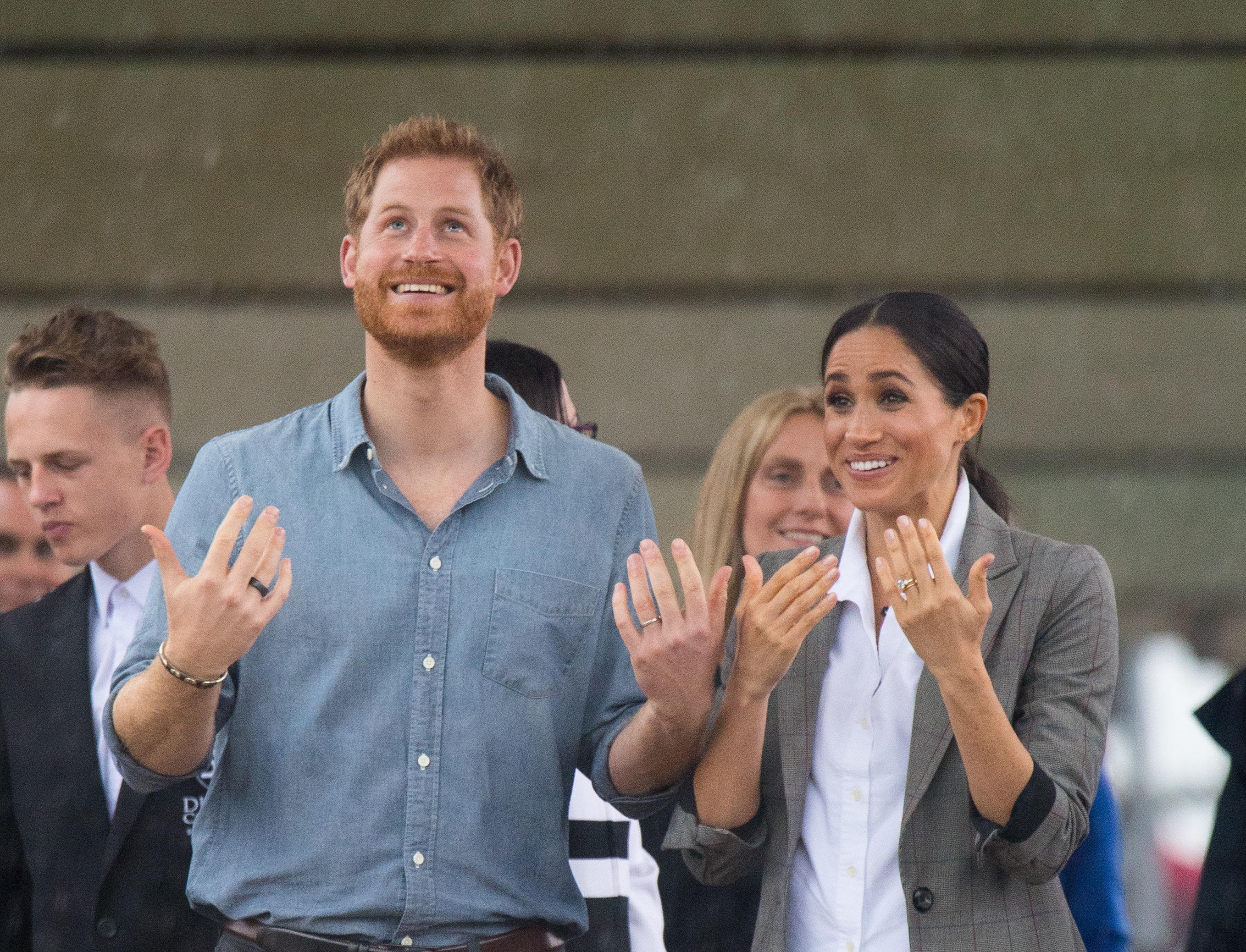 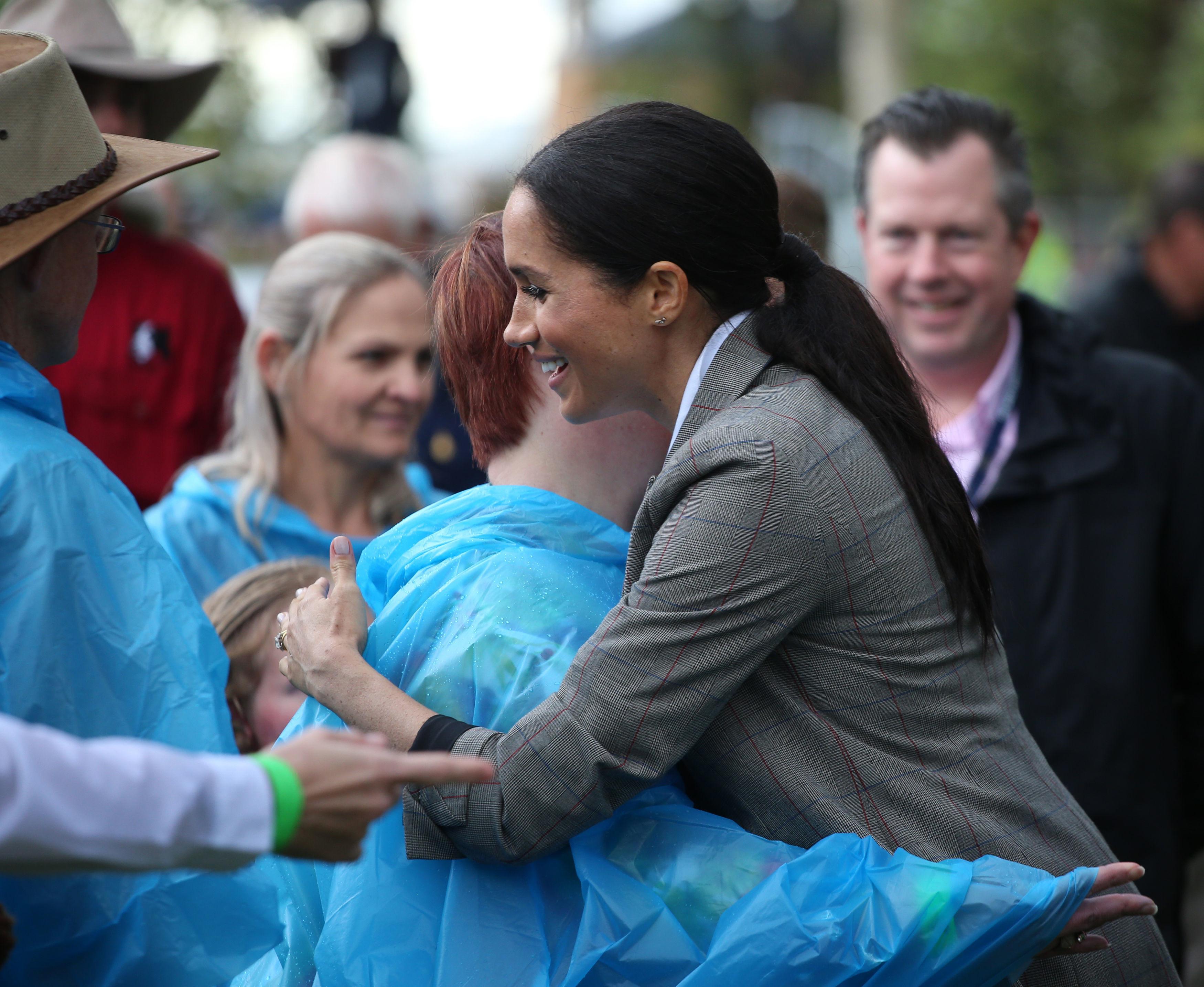 It comes after Piers had a pie thrown in his face by Harry Hill on behalf of "all the dads who wear papooses".

The TV star looked shocked as the comedian threw the dessert at him live on Good Morning Britain earlier today, before turning around and doing the same to co-host Susanna Reid. 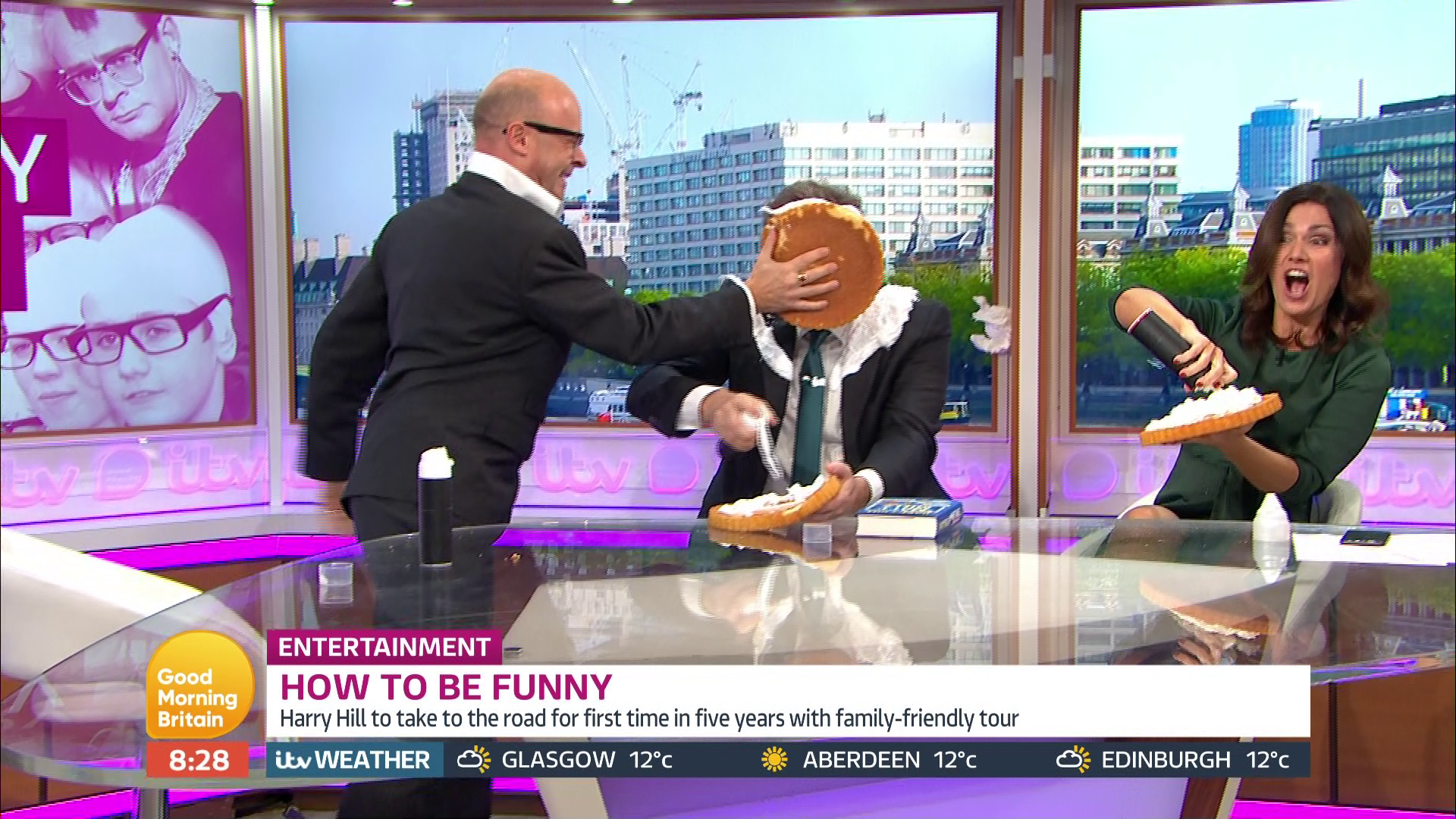 Harry explained that part of his new TV series sees him teaching children how to create a custard pie.

He said, "it's a dying art," before adding – as he drew a letter 'P' on his pie with whipped cream – that "what's quite nice is to personalise it if you're going to throw it at anyone in particular".

The comedian then launched his dessert at Piers' face, as he shouted: "This pie is for all the men who wear papooses. For Ross Kemp and Daniel Craig."

Susanna screamed before falling into a fit of giggles, causing Piers to throw his pie in her face, shortly before she returned the favour.

It comes after Piers was mocked by Good Morning Britain crew and guests earlier in the show for his hatred of dads carrying their children in baby slings.